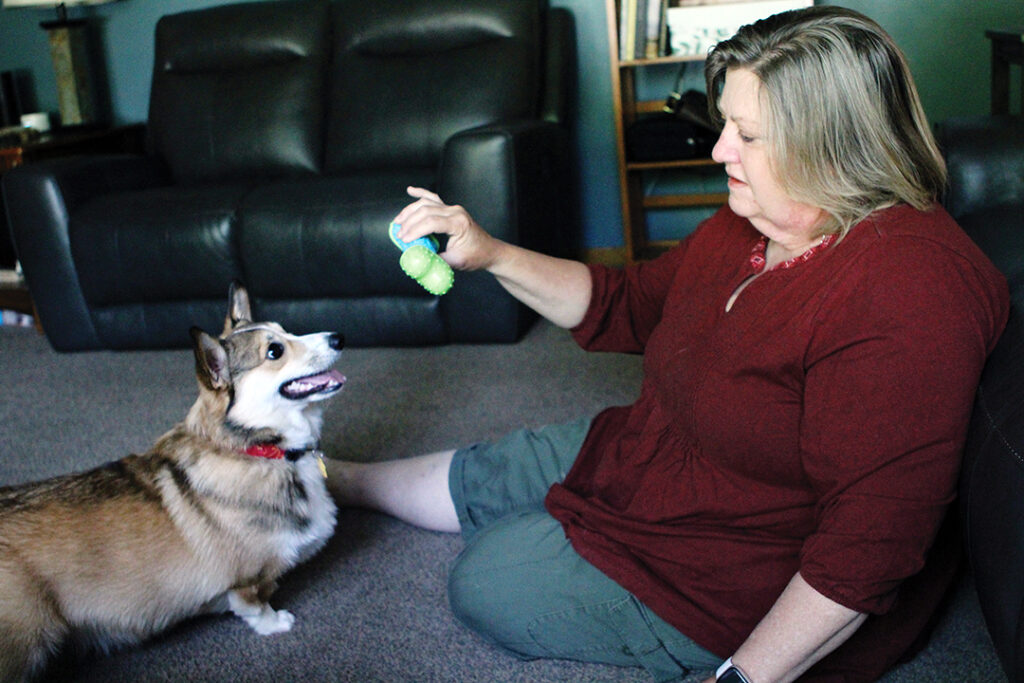 Kevin the Corgi lives with his mom, Jennie Bailey, and his ragdoll cat sibling, Cobalt.

Jennie Bailey and her family once had 13 pets in their home, including a hedgehog, chameleon and a gerbil.

Today, they are down to just three pets â a Pembroke Welsh Corgi named Kevin, a ragdoll cat, Cobalt, and a parrotlet.

Kevin, the corgi, is 1 year old and not quite past the energetic puppy stage. For 20 years, Bailey had Sheltie dogs. When her last dog, Darby, died, she waited about two months before obtaining another one.

âI didnât think I wanted another dog,â she recalled. âIt was so quiet around the house. I didnât have the âclick clackâ of nails on the floor. I had a routine going, that when I made my coffee, Iâd let the dog out.â

She researched dog breeds, as she wanted to try a different breed. Kevin was the size of Baileyâs forearm when she brought him home. She took him to a training center, but it was basic puppy training.

âThey didnât tell me anything I didnât know,â she said. âI call him homeschooled.â 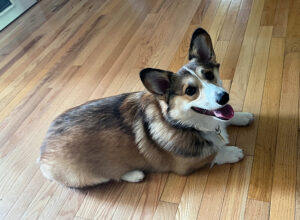 The family trained the dog together, so he learned consistency.

âWe all needed to be on the same page so the dog responds the right way,â she said.

One thing she is adamant about is keeping the dogs off her furniture or sleeping in her bed with her.

âIâve never had a dog sit on furniture. I donât have to worry about guests sitting on dog fluff,â she said. âThe dogs donât sleep with me either. They donât mind what they donât know.â

When the dogs were puppies, she never held them on her furniture.

âIâd always sit on the floor to train them. They never knew how to get on a couch. I didnât want claw marks on my new leather couch.â 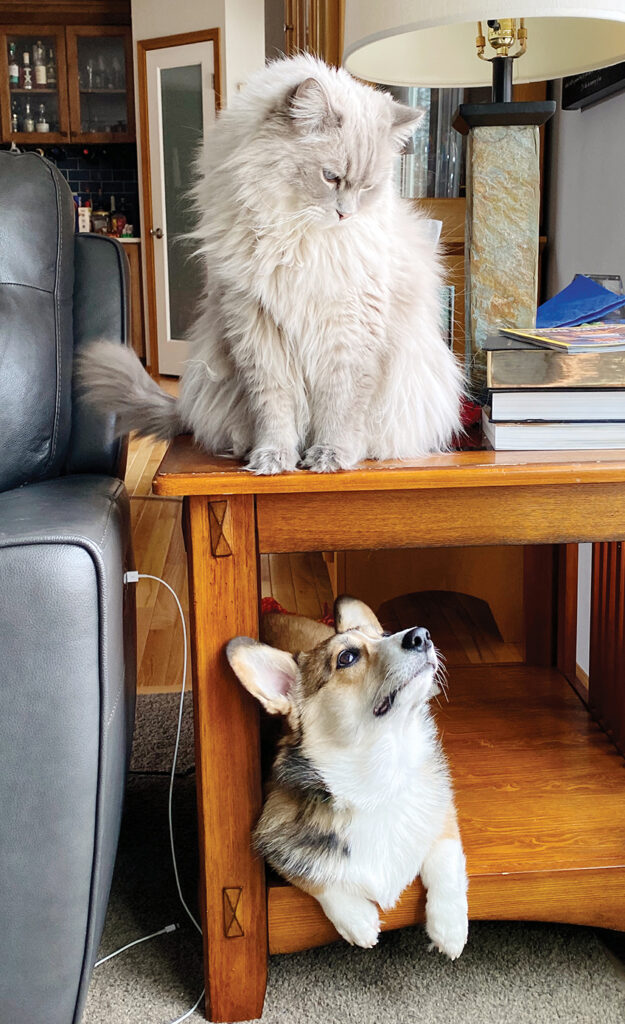 Between the two breeds, her former Sheltie dog was vastly different.

Bailey grew up with dogs and cats out on her acreage, but pets were kept outside. She got her first dog when she was a young and single woman.

âI wanted someone to have my back,â she said. âI finally got an indoor dog.â

As she always wanted a âprettyâ cat instead of a barn cat, she obtained Cobalt, a ragdoll cat, nine years ago. Cobalt tries to play with Kevin, but they donât get along.

âThe cat will instigate play. But then, Kevin doesnât want anything to do with him,â she said.

Kevin follows Bailey wherever she goes. As a ceramic artist, she keeps her basement studio blocked off with a gate.

âHeâs always sitting at the top of the stairs, waiting for me,â she said.

Bailey loves so many things about her corgi and has become accustomed to him without a wagging tail. He runs back and forth in the kitchen and slides across the floor.

âHeâs so low to the ground and always looks like heâs smiling,â she said. âI like his sploot â when their legs are spread out, laying on his tummy, looking like heâs Superman.â ♦