Owner Shae Cleveland says her horse is her best friend. 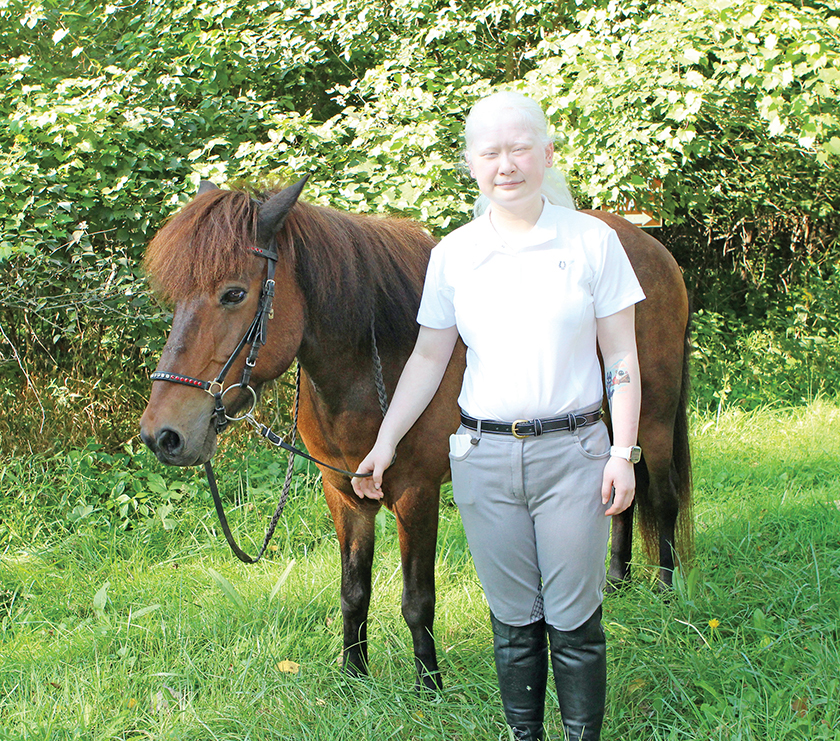 As Shae Cleveland leads Hekla from the stable to outside, she admits that her horse is probably bored. Hekla can be moody and is happiest while being ridden by her owner.

Cleveland obtained Hekla three years ago from a farm in Virginia. The horse is originally from Iceland and arrived microchipped, with a freeze-brand number emblazoned on her back. The name Hekla comes from an active volcano in Iceland.

Icelandic horses are not a common breed in the U.S. They are unique and differ from a typical American horse. They are shorter in stature, nearly pony size â about 14 hands, but Hekla is a bit taller than other Icelandics.

A second difference is their gait, or how they walk.

Shae rode horses at youth camps and also became interested in horses, as her mom, Laurie Cleveland, had her own draft horse. Cleveland took riding lessons at Irish Run Farms, where she also boards her horse. She says horses are better than other pets. 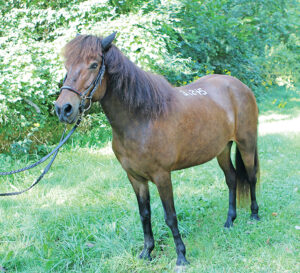 âIâm not a fan of dogs,â she says. âYou get to do things with a horse; you can ride them.â

Hekla is partial to Cleveland, and it often shows up in various ways at the stable.

âHekla has other horse friends,â says Cleveland. âSheâll get âbarn sourâ when she doesnât want to leave her friends and acts up. If she ever dumped me, sheâd come back here (to her stable).â

Most of the time, Hekla is smooth to ride and understands Clevelandâs personality.

âIâm vision impaired, and it doesnât stop me from doing anything,â she says. âShe is my best friend. Horses feel what youâre feeling, and they can sense when youâre depressed. Sheâs like a big dog, and sheâll come over to you and help make you feel better.â

Both Cleveland and her mother help at Irish Run Farms five nights a week, visiting and watering the horses, performing nightly checks, and, of course, looking in on Hekla.

Irish Run Farms is located right off the Waterworks Trail in Water Works Park. Many bikers and walkers stop to pet horses or take selfies. However, Cleveland cautions against getting too friendly with the horses.

âYou donât know their temperament and shouldnât feed them. They could be on a special diet,â she suggests.

Cleveland rides as much as she can when sheâs not attending culinary school.

âI ride her to keep her weight down. If I donât ride her, sheâll go bonkers,â she says. âShe makes my day happy.â ♦