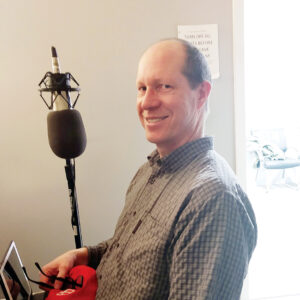 Leo Landis is the curator for the State Historical Museum of Iowa after similar jobs at Oldfields-(Eli) Lilly House and Gardens in Indianapolis; Greenfield Villages (Henry Ford Museum of American Innovation) in Dearborn, Michigan; Iowa Living History Farms and the Salisbury House. He is also a serious scholar of food history nicknamed âprofessor of bacon.â We asked him to lunch recently, and he chose La Cuscatleca South, a Salvadoran cafÃ© in the former AIB cafeteria.

The word cuscatleca means âpertaining to things El Salvadoran or Honduran,â which explains why there are many restaurants and bakeries in the U.S. by the name. The cafÃ© looks like a museum in its own right, preserving the ambiance of 1950s-style diners with checkerboard floors and shiny, bright-red, vinyl-covered booths. The cafÃ© also has a large wrap-around porch, which is making it a popular rental space for quinceaneras, parties and other special events. We ordered pupusas with lots of hot salsas and the Central American coleslaw curtido. The pupusas were corn meal pancakes stuffed with loroco flower buds, pork skins and cheese.

Working in museums must be interesting. They make movies about such jobs. What were some of the more fascinating things Landis dealt with at Greenfield Villages?

âThe museum acquired the bus that Rosa Parks rode to fame in the civil rights protests in Montgomery in 1955. We had to authenticate it.  At the time it was owned by a white guy in rural Alabama who had it parked in a farm pasture. He tried to sell it on eBay.â

You have to be kidding?

âNo, he actually did. We talked him into taking it off eBay so authentication could proceed. Obviously, it wasnât worth much if it couldnât be authenticated. Bob Casey was our auto historian, and he managed to track down the bus driverâs handwritten materials because there were notes taken on the day of her protest. The handwriting was verified, so we bought the bus and cleaned it up.â

âYes, Ford bought it all and moved it to Dearborn. There is a wall of mistakes along with the famous discoveries.â

There is a story about Edisonâs trash, that he threw inventions out the window, literally?

âYes, when Ford was moving it, they moved the trash, too. Edison had something like 1,000 patents, so he didnât always know what was important or not.â

The Ford Museum also has the Wright Brothersâ entire bicycle shop, where they made their first airplanes, and a history of the railroads. What are some of the less famous but still interesting things there?

âThey have a pair of the original Air Jordans. Those are incredibly popular. There are agricultural collections and sports collections. They have Benton County 4H Club T-shirts from Iowa, some Iowa historical book collections, and Abraham Lincolnâs theater seat from the Ford Theatre, where he was sitting when assassinated. It remains the same, blood and all.â

I visited Dearborn twice on media tours, but since I was considered primarily a food writer, I have yet to go to Greenfield Villages. Instead, I was taken to several Iraqi restaurants and food businesses. The best Iraqi food in America is in Dearborn because Ford Motor Company hired so many Iraqi immigrants. Did you enjoy that culinary advantage of Dearborn?

âOh yes, La Shish was one of the best restaurants in the country. My job interview for the Ford Museum was there.â

âOh, yes, La Shish got involved with money laundering for Hamas, and that took them down after 9/11. I donât know if they ever recovered.â (The La Shish name was purchased by a new owner, and it opened a new place in 2011, advertising Lebanese cuisine. It still gets rave reviews.)

The hit TV comedy âParks & Recreationâ had a running joke between Rob Loweâs character and Amy Poehlerâs. The latter was a chauvinist of southern Indiana and the former of Ann Arbor. I think you experienced both sides of that?

âYes, my wife and I loved living in Ann Arbor but not Indianapolis so much. It was too far south.â

You used to make bread runs from Ann Arbor?

âYes, I delivered over 1,000 loaves of Zingermanâs bread to colleagues in Dearborn over five years. I love Zingermanâs (Deli). Itâs the first place I go when I am back the area. I am friends with the owner.â (This writer thinks it is the best deli in America that is not in New York City.)

What makes a kid from central Iowa want to be a historian and museum curator?

âI grew up in Clive, when it was a very small place. Till I was 7, we ate what we raised â chickens, tomatoes, beans, sweet corn. I remember bringing a chicken leg to school for âshow and tell.â I loved to read, and after we sold the farm in 1972, Mom could afford to buy me the books I wanted. She encouraged me to read and to be curious. I had two great literature teachers, too. Betty Walsh at Dowling and Jane Smiley at Iowa State, before she was famous.â

Closer to home now, what are some curiosities of Salisbury House, Living History Farms and the State Historical Museum?

âSadly, my favorite thing at Salisbury was sold â the library collections. At least they are still in Iowa, at Grinnell College. I was an administrator at Living History. I didnât like administration, but I liked the historic farms.

âAt the State Historical Museum, I love doing new shows. Since Iowa State University has ended its Rural History department, I want to pick up that torch. Our Iowa History 101 exhibit this year will feature farm workers from the 1880s through the 1920s and 1930s. We had a big sugar beet industry in northern Iowa then. Many Mexican immigrants came for that.â

Landis has been to more than 70 different Iowa lockers, always seeking a better bacon. Any touts?

âThere are so many great lockers. Deer hunting keeps a lot of them in business, if even seasonally. Jetâs in Waukon should be on your bucket list.â

What does an historical curator do on a day off?