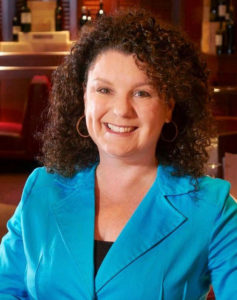 Jessica Dunker is head of the Iowa Restaurant Association, an organization that represents 600 members and 6,300 eating establishments. I asked her to lunch, and she chose Table 128, a casual fine-dining cafÃ© in Clive. The restaurant had done more than any other I had seen to promote safe dining and human distancing. Tall see-through walls on wheels had been rolled in between each table. Tables were reduced to 16 from 24.

Over a fried Brussels sprout salad with added protein, cold sweet corn soup and tiramisu, I asked her about the industry in the year of the nasty virus. How bad are things?

âWe started the quarantine with 16 days of cash on hand. We thought it would be over by April 1. That obviously didnât happen. Many restaurants were just as overly optimistic. We expect now to lose a 1,000 of our 6,300 eating establishments. If we do that, we will be better off than most other states. Nationally the expectation is that 25 percent of all restaurants will close. Since March when the quarantine began, Iowa bars and restaurants have lost $750 million,â she said. (That number has grown quite a bit since this interview.)

How dire are things long term?

âThe average net profit for a restaurant is 5 percent of income. Obviously, you canât operate profitably with partial capacity. Many operators are doing what they can, reducing menu sizes, transitioning to carry out, creating an environment where customers feel safer. The IRA is pushing for everyone to follow protocols. But there is a small minority, maybe 1 percent, that does not practice distancing or mask wearing or partitioning at all. It isnât fair to the ones who do, at considerable expense, if they compete with someone who does nothing.

âAs a result, we supported the new rules of complaint and inspection. The Department of Inspections and Appeals will enforce a system in which anyone who sees an obvious disregard for correct protocol can complain, and an inspection will follow. A first offense will result in $1,000 fine to an establishment with a liquor license or a warning to a coffee shop. A second offense will mean a seven-day suspension of business. A third strike is a yearâs suspension,â she said.

How was the reaction from members to your support of this?

âI have a lot of people angry at me right now. They think I sold out to the governor. But the most frequent phone calls I have received since this began have been from a good guy frustrated by what the few bad apples are doing, or not doing. I think the majority of the industry wanted this,â Dunker relayed.

How big a part of the Iowa workforce comes from the hospitality industry?

âPre-COVID, the industry employed 155,000 Iowans. That is one of every nine jobs in the state. The restaurants took in $4.4 billion annually. One of every three Iowans had their first job in the restaurant industry. More than half of all Iowans have worked in the industry at one time or another. Also, those reentering society after serving time are two and half times more likely to find work in the restaurant business than elsewhere. We promote that with training programs,â she said.

What positives have come out of the viral distress?

âI think that we, as an industry, gained respect. More people began looking upon us as an essential part of the economy. After all, the percentage of people who know how to cook has been declining for years. I think the profession was elevated in the eye of the consumer. I get tired of hearing the phrase âflipping burgersâ used in a derogatory manner. Burgers are an art form.

âA second positive was that the industry was able to adapt to more carryout and drive-through delivery. Before the quarantine in March, the percentage of dine-in customers was already down to 37 percent. The fast food industry was particularly well designed for the pandemic. I think one positive innovation to come out of this is the movement to two different menus and to shorter menus in general. Menus were too long because owners were afraid of what they might hear if they took an item off, even an item that was hardly ever ordered. This was an opportunity to prune. We recommend no more than 21 items,â Dunker said.

What are the frustrations you hear the most from your members?

âUnemployment and underemployment. Restaurants are like families to many. When you canât get an employee to come back to work because they can make as much money, or even more, by not working, that can feel like betrayal. Many members are ready to hire a bigger workforce, but they canât find it often because people are not ready to work. A second big frustration is with landlords who are not willing to work with businesses in temporary distress. Thatâs only about 30 percent. The other 70 percent of landlords are reported to be willing. Another frustration, though a small one, is understanding what people are saying when speaking with a mask on. I have two adopted children from Columbia, and masks have set back their English language learning curve,â she related.

Outside the bubble of things viral, what trends are moving the industry?

What else is the future for the industry?

âInventive uses of technology. That is something the COVID pushed along. Ordering and paying without touching money or cards is gaining market share. It also saves time. Also, skeletal staffs work for some places; that might be here to stay. People can do more than one job on a shift. Cocktails-to-go are a real thing. They will stick around now that they are legal. And restaurants are not endangered in general. The Bureau of Inspections and Appeals is amazed at how many people are opening new places now,â she said.

âLeadership is lonely, but my kids and husband love me.â ♦