Central Iowa resident Nicholas Sansbury Smith goes from Valley High School to the University of Iowa to the bestseller list.

After a decade of working for Iowa Homeland Security and Emergency Management, local 30-something Nicholas Sansbury Smith decided to go a different direction. The young professional remembers having a passion for writing ever since his boyhood days growing up in West Des Moines. Coupling that passion wit 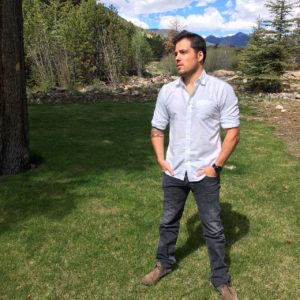 h the experience heâd received at his 9-to-5, Sansbury Smith wrote a book titled âOrbsâ in his spare time and self-published it on Amazon Kindle Direct Publishing (KDP).

The book was a hit, and the young writer has since quit his day job. Now writing fulltime, Sansbury Smith has gone on to publish more than 20 books while becoming a New York Times and USA Today bestselling author. âThe Hell Divers,â âThe Extinction Cycleâ and âTrackers,â are some of his more popular series, he writes post-apocalyptic novels â a popular subgenre of science fiction which generally tell a tale of the Earth’s coming to an end or nearly doing so due to technological collapses or near collapses.

The success of his self-published works led Sansbury Smith to publishing using conventional means, but he has returned to self publishing and is diligently producing new work. The first book in his new spinoff, âExtinction Cycle: Dark Ageâ series, was self-published and released in late July.

The keys to writing and self-publishing success, according to Sansbury Smith, include disciplined writing â he pens a book about every three months â utilizing a team of 5-10 proofreaders and editors, marketing, self-promotion, having an entrepreneurial spirit, and selecting top-notch cover art.

KDP is accessible to authors worldwide. The service offers a free and fast way to self-publish eBooks and paperbacks. According to its representatives, hundreds of thousands of authors have self-published using KDP. Authors maintain creative control, retain their rights and set their own prices. 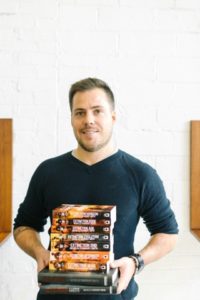 Sansbury Smith graduated from West Des Moines Valley High School. He earned a bachelorâs degree in political science from the University of Iowa and graduated with a masterâs degree in Public Administration from Drake University. He currently lives in central Iowa with his wife, their dogs, and a house full of books.

For more information about the author or to browse through his book titles and offerings, visit www.amazon.com/Nicholas-Sansbury-Smith/e/B00BVNB3TC.