Waukee, Iowa â REWARD OF UP TO $1,500 FOR INFORMATION LEADING TO THE ARREST OF THE SUSPECT(S) IN THIS CASE.

Waukee Crime Stoppers and the Waukee Police Department need the publicâs assistance in identifying the person or persons responsible for armed robbery.

On Wednesday, Jan. 23, 2019, at approximately 9 p.m., an armed robbery was reported at the Kum & Go store located at 650 W. Hickman Road in Waukee, Iowa. An unknown male suspect entered the Kum & Go armed with a handgun; he then demanded and received money from the clerk before he fled the store on foot.

It should be noted that all suspects are considered innocent until proven guilty in a court of law. 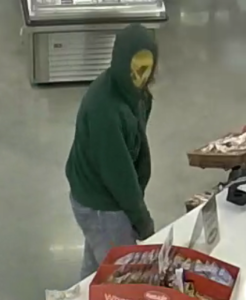 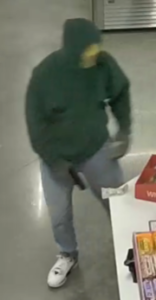