The end of a time 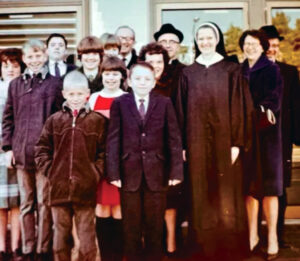 The farmhouse sat on one side of the gravel road, surrounded by a large yard with a pump, a vegetable garden and scattered peony bushes. Chickens worked the ground in a hard-packed section at the back, while cattle lowed with mild dissatisfaction from the barns across the road.

It was another time.

We kids, all cousins, ruled this land and the adjacent back 40 with a pirateâs joyful abandon and recklessness. It was our Treasure Island and our Haunted Forest and our Safe House â all in one. 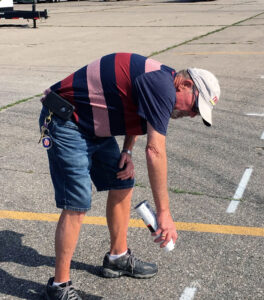 Steve is my age. We grew up together. I was a city kid and, as a teenager, came to the farm to cultivate with an old tractor in late spring, walk beans in mid-summer, and bust open the frozen water trough in the heart of winter.

I did this on holiday â Steve did this every day.

And in my earlier years, the old farmhouse was not exactly a delightful spa. Water was pumped by hand in the kitchen sink. The bathroom was about 20 feet from the house with a creaky door and two holes opening into my greatest nightmare. And in the winter, the heat upstairs was more imagined than felt.

For many years, Steve shoveled corncobs down the coal chute into the boiler room in the basement. From there he would shove the corncobs into the furnace, adding wood once there was a good burn. Then he would head out to the water tank across the road and get the heater going with more corncobs to thaw the frozen tank.

This was just the start of his work day. 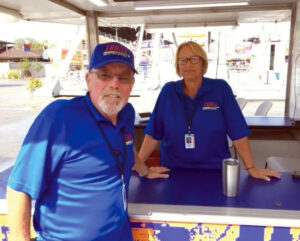 Steve would work all spring, summer and fall at farming. A more-than-full-time job. But before long, he added other businesses â running concessions and carnivals around the Midwest during the summer months. Why not? Two, maybe three, full-time jobs. Itâs what he did.

The last few years, if you came to the Iowa State Fair early, you would see him marking the lines where all the rides were to be placed on the midway.

And then he and his wife would make sure it all ran smoothly while the rest of us ate corn dogs and ice cream.

And, in winter, he would repair tractors and combines and carnival rides and â¦ fill in the blank. If he was sitting in his easy chair, it meant it was dark and nearly bedtime. Such was his life.

Steve Smith thrived in this world. No matter the task, and there was always a task, he was up to it. We would joke about Steveâs father, who would bring his family for a visit and send Steve and his brother out to chop nonexistent ice in the driveway. Everyone needed to keep busy, according to Steveâs father. A lesson learned well by Steve.

Steve grew into the most responsible person in the room. Seamlessly and without a discussion or vote, he took care of his family and his siblings and his children and his grandchildren and his friends and his customers and on and on. Thatâs just what he did.

So it is no surprise that it was while working in his shop repairing a vehicle, he fell off a ladder and injured himself. This led to the discovery of cancer. Treatments and doctors and hospitals and months go by.

Eventually, he is back in his shop. Working. Farming. Setting up the midway at the Iowa State Fair. Itâs what he does.

But life is never a straight line. âDonât get too comfortableâ may be the appropriate sign above the door.

Back to the hospital.

âJoe, a wind turbine is going in on one of the farms,â Steveâs wife, Vicki, says while sitting next to Steve in the hospital the other day.

Wow. It is a new world for sure. Corncobs generating heat to wind turbines generating electricity. Go figure.

The end of a time.

âJoe, Steve has passed,â said Vicki, who has lovingly and exhaustively taken care of him during this difficult time.

Death is a punch in the gut no matter how much expected.

So here we are. The responsible guy has left the room. The ice is un-chopped in the driveway. The corncobs will no longer be tossed down the coal chute. Tasks large and small shall go unfinished.

Meanwhile, the big turbines slowly turn in the Iowa wind.

May Steve rest in peace. ♦

Joe Weeg spent 31 years bumping around this town as a prosecutor for the Polk County Attorneyâs Office. Now retired, he writes about the frequently overlooked people, places and events in Des Moines on his blog: