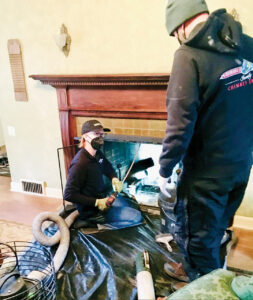 Sometimes it seems like the only thing you can win is the short end of the stick. Why is that? Did you break a mirror, walk under a ladder, step on a crack? Honestly, it doesnât matter how careful you are, some days bad luck seems to be the only road. Sure, Good Luck Avenue is out there somewhere, but there you are in Bad Luck Canyon â with a flat tire â no air in the spare â and is that the last donut?

By the way, Iâm not talking serious bad luck, but the kind of bad luck where things just donât seem to be cutting in your favor. You know what Iâm talking about. Like today, Iâm in the self-check-out lane at the grocery store and the person in front of me is trying to buy some beer. Fine. Of course the attendant has to verify that the beer-drinker is 21, so I wait. No big deal. Holding my heavy purchases, I wait patiently. Shifting from one foot to the other. Waiting. Yup, thatâs me. Waiting.

But the attendant goes to help the guy in the other lane who is apparently on some type of fruit fast that requires the weighing and identifying of 32 unusual types of fruit. This could be hours. And now Iâm pretty sure that the kid in front of me with the beer is actually skipping class from middle school.

This is just bad luck. Pure and simple.

Or, how many of you have taken your car in for a tune-up and thought there wonât be anything major wrong? Donât be silly. Itâs Bad Luck Tuesday. Of course there will be major things wrong. 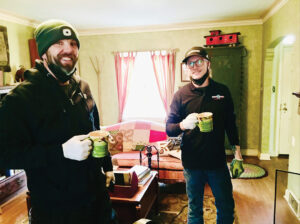 âSure, you can drive the car, Joe,â my mechanic said last week, âand all that carbon monoxide coming in through your heater shouldnât kill you as long as you keep the windows open.â

Dead or chilly? Trust me, those are bad-luck choices.

Or my personal favorite, when the windstorm hits and all the houses around me are unscathed. Yahoo for them. But then I see the neighbors standing around on the sidewalk looking at my house. Hmmmâ¦ and when I go outside to see what fun Iâm missing, there is the old sycamore tree, my sycamore tree, apparently taking a timeout on my roof.

Such is the life of one who has bad luck.

So, itâs time for a little good luck. For all of us. But where exactly does one find good luck?

Really? That is all it takes? I just have to find a chimney sweep?

âOccasionally Iâll be somewhere, and someone comes up and touches me. They tell me they just wanted some good luck.â Tim laughs.

âMy dad has even been invited to a few weddings because having a chimney sweep at your wedding is considered good luck.â

Iâm 41 years too late for the wedding, but how are chimney sweeps at funerals?

âAnd not only do chimney sweeps bring good luck,â Eddie adds, âbut a cricket on the hearth brings good luck.â

âThere is actually a âroof cricketâ on your chimney that diverts water,â Tim says, âbut a chimney cricket, a little model of a cricket on the hearth, is really supposed to bring good luck.â

This, of course, leads to the obvious next question:

âSo, while youâre up on the roof do you ever want to play Bert the Chimney Sweep singing and dancing in âMary Poppins?â â

Tim and Eddie look at each other with a twinkle in their eyes.

âOf course, this is a serious job.â Tim says smiling. âWe are trying to make it safe. I think we have really saved people from very dangerous issues like carbon monoxide poisoning. We have gone into houses and seen wood up in the chimney â not a good idea and a real chance of fire. To be able to help people out means a lot to us.â

âWe can leave people with confidence their chimney is safe,â Eddie adds.

âBut there is something special about being up on a rooftop around sunset, and you have a great view,â Tim says. âSo, yes, I have done âStep in Timeâ up on the roof, occasionally.â

âStep in Timeâ is the call-and-response tune sung by Dick Van Dyke and other chimney sweeps on the rooftops of London and composed by the Sherman brothers for âMary Poppinsâ:

There you go. Today only. Chimney sweeps. Change your bad luck to good. And, for an added bonus, you now know the correct song to sing when youâre on a rooftop.

By the way, Tim and Eddie inform me that my chimney is totally unsafe and a fire hazard.

Yup, the short end of the stick. Thatâs me. Stuck in Bad Luck Canyon. ♦