Pastry is the worldâs language. 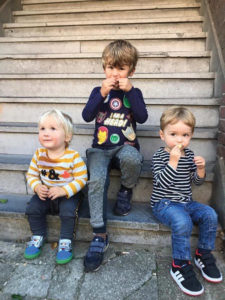 Henriette Priester is helping me learn Dutch during my stay in the Netherlands. Not such a big deal, one would think. I figured that with the right motivation and a little time, I could learn just about any language. French in a weekend? Câest moi, mon cher. German before noon? Hah! Before you can say Ich bin ein Berliner. Learn Dutch over a couple of months? Please. I go Dutch all the time.

Henriette is the wife of a husband/wife team that runs the gym, Absolutely Fit, in The Hague. She is a mother to many of us in the gym, she has her own adult children, and she now has three grandchildren.

Henriette knows how to teach. She began my informal Dutch lessons by only speaking Dutch to me.

Cleverly, and after much thought, I respond:

âWhat?â â which I say way too loudly because Iâm an American.

Sure, I have had my struggles. Last week, when I was in the checkout line at Albert Heijn, the Dutch Hy-Vee, there were about 30 Dutch folks behind me, harried and rushing to get home for dinner. A check-out clerk about three cash registers over began yelling at me â at least I thought she was yelling at me because she and everyone else waiting in line were looking directly at me while she was talking. 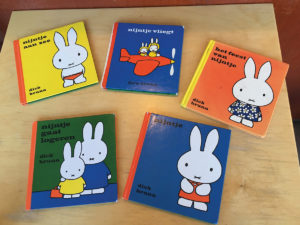 I couldnât understand a word.

So, I defaulted to smiling. Very broadly.

But one kind Dutch woman leaned over and said in English: âShe is wondering if you would like to go over to her line and check out.â

Hah! I hurried over to her line and began to unload my groceries.

The check-out woman nodded at me and said something more in Dutch. Nope, zero understanding. She tried again. Not helpful. Mercifully, she indicated where my debit card should go. I put my tram card in the slot. Oops. OK, hereâs the debit card. She then ended with a final flurry of words.

Is she speaking Swahili?

Thirty tired shoppers watched this transaction with fascination. As did I, because I was apparently having an out-of-body experience somewhere in Australia.

Finally, red-faced and embarrassed, I quickly packed up my groceries and raced for the exit.

âMeneer, meneer,â the cashier said loudly, and pointed to my toilet paper left at the cash register. Everyone looked at the toilet paper and then at me. 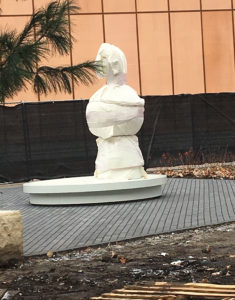 Whose toilet paper is that? I wondered aloud.

Not one of my best moments.

I grabbed my toilet paper and fled the store.

As you can see, Dutch lessons were going quite well when Henriette introduced me to books that have been used for more than 60 years to teach Dutch kids to read â Dick Brunaâs âNijntje,â which I promptly translated incorrectly as âFluffy.â âFluffy goes to the sea.â âFluffy flies.â âFluffy goes on a walk.â These books are not only great for Dutch lessons but are made out of such heavy paper that you can gnaw on the edges if youâre still teething or, as I discovered, if you are slightly anxious.

âI used the Nijntje books for my children and the children of my children,â Henriette says.

If children learn Dutch from these books, why canât I?

So Henriette sent me home with half a dozen Nijntje books. And I tried to read them.

Hmm . . . harder than they look. I turn the page. Yup, thereâs Nijntje doing something. Is that Nijntje on a boat, or is she bathing? OK, I think Nijntje is going on a walk. With a large cheese? Lord help me, for a rabbit without a nose, Nijntje seems to have quite the vocabulary.

And it only gets worse.

âMiffy is a character recognized globally as a symbol of childhoodâ¦ The American artist Tom Sachs uses the image of the little bunny to comment on the commercialization of every human experience, no matter how innocent or traumatic, to sell these products.â

The little bunny? Oh, my lord, Miffy is Nijntje, which I incorrectly translated as Fluffy. Tom Sachs made a sculpture from Dick Brunaâs Nijntje. My worst nightmare â Nijntje has come to Des Moines. I can never return home!

So I asked my son, Emmett, to scout out the new Miffy Fountain for me in Des Moines.

âDad, I canât see a thing. Sheâs coated in plastic. I think for the winter.â

Hah, I knew it. Miffy is trying to go undercover. Why? Well thatâs a no-brainer. She canât speak English. Sheâs Dutch. Iâd like to see how she fares at Hy-Vee.

Donât worry, folks, I have a solution for all of us.\

And itâs not learning a new language. Too hard. Instead, we just need Dutch letters. No, not letters in Dutch, but âDutch lettersâ â the almond-paste pastry. The next time you walk past the Miffy Fountain, or, for that matter, walk past me, offer a Dutch letter.