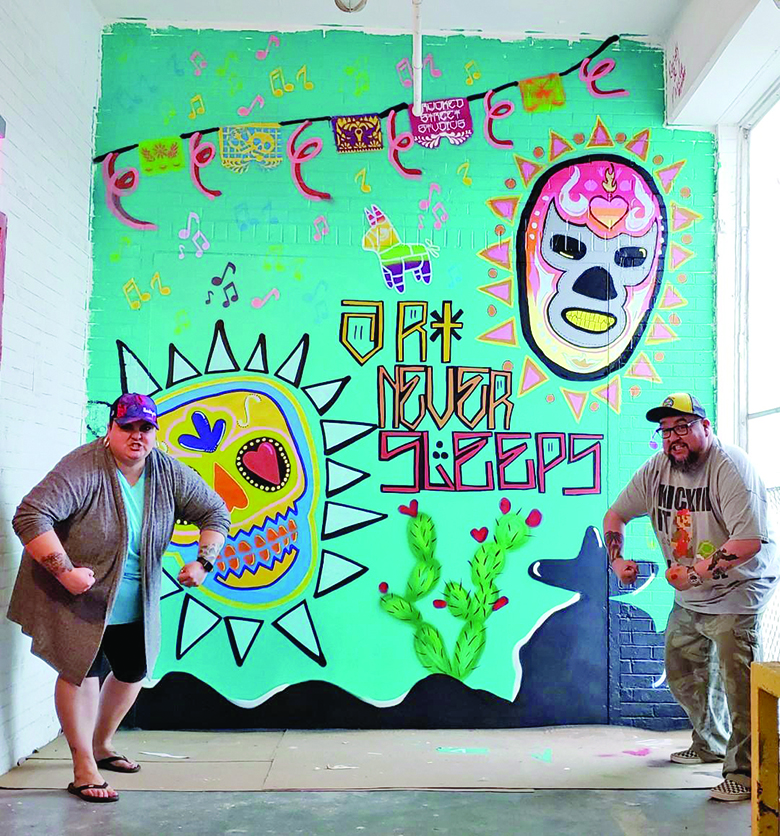 Paula and Randy Garza opened up Crooked Street Studios, named after a street in Texas.

When Paula Garza experienced a troubled time in her life, she took her paycheck and purchased art supplies, discovering that painting provided an outlet for her sadness and anxiety. Before long, she dreamed of sharing her art.

Paula was raised in Texas, 10 miles from Mexico, and reconnected with an old high school sweetheart by sending him a painting of Iowa and Texas together. Randy Garza was intrigued with the painting and wanted to pursue art, just as Paula had done several years earlier.

Randy moved to Iowa, marrying Paula, and they opened up Crooked Street Studios, named after a street in Texas.

Each has a unique style of artwork, but they still collaborate on painting murals. Paulaâs style is mixed media, acrylic and other materials. Sheâs inspired by her Latino heritage and her idol, Frida Kahlo.

âFrida was a Mexican artist ahead of her time,â she says. âShe is a big influence for me. We had a big blank wall in the studio and put Frida in there to not forget who we are.â 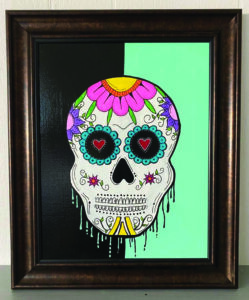 Paula Garzaâs mixed media style of art is inspired by her Latino heritage and her idol, Frida Kahlo.

Like Fridaâs paintings, Paulaâs work is âbright and obnoxious.â She frequently paints sugar skulls from the Day of the Dead. She cherishes the holiday, as both her parents died before she was 12 years old.

âDÃ­a De Los Muertos is my thing. Death is often seen as horrible. Itâs remembering and celebrating what the deceased meant to you,â she says.

Randyâs street style is more pop and graffiti. He learned spray paint from fellow artist Shawn Palek. He credits Shawn and other artists for being supportive.

âShawn opened up his wings and gave us everything he knew about painting. He gave us that nudge to pursue it and share it,â he says. âThe nice thing about the art community is, itâs like a family. We support each other. Itâs not us versus them.â

Another prompt appeared after they had a pop-up art show in Des Moines.

âWe felt like we could do art,â says Paula. âIt seemed far-fetched, but we never looked back. Itâs our baby. It fills our life.â

The pair painted a mural together at the new Lauridsen Skate Park in Des Moines. 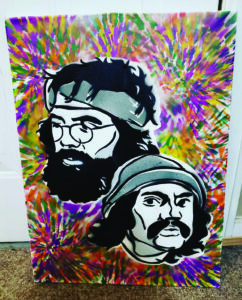 âOur wall is next to another famous artist,â says Randy. âItâs so humbling and a great feeling to drive past that and see our mural.â

Theyâve sold artwork at the Waukee Arts Festival, selling only originals and not prints. They feel their artwork is affordable.

âPeople yell at us that we arenât priced right. Iâd rather charge $45 for someone who is moved by our artwork,â says Paula. âWeâre not about the hustle and bustle.â

Randy and Paula paint the art they like, inspired by their lives.

âIf anyone digs it, thatâs a plus for me,â says Randy.