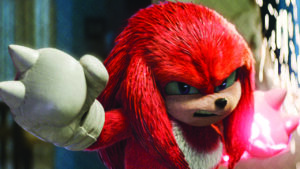 After settling in Green Hills, Sonic is ready for more freedom, and Tom and Maddie agree to leave him home while they go on vacation. But, no sooner are they gone, Dr. Robotnik comes back, this time with a new partner, Knuckles, in search of an emerald that has the power to both build and destroy civilizations. Sonic teams up with his own sidekick, Tails, and together they embark on a journey to find the emerald before it falls into the wrong hands. From the filmmakers behind âThe Fast and the Furiousâ and âDeadpool,â âSonic the Hedgehog 2â stars James Marsden, Ben Schwartz as the voice of Sonic, Tika Sumpter, Natasha Rothwell, Adam Pally, and Jim Carrey returning, alongside new additions Shemar Moore, with Idris Elba as the voice of Knuckles and Colleen OâShaughnessey as the voice of Tails. 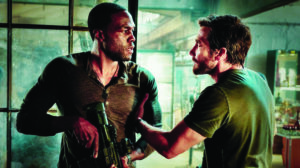 In this breakneck thriller from director-producer Michael Bay, decorated veteran Will Sharp (Yahya Abdul-Mateen II), desperate for money to cover his wifeâs medical bills, asks for help from the one person he knows he shouldnât â his adoptive brother Danny (Jake Gyllenhaal). A charismatic career criminal, Danny instead offers him a score: the biggest bank heist in Los Angeles history: $32 million. With his wifeâs survival on the line, Will canât say no. But when their getaway goes spectacularly wrong, the desperate brothers hijack an ambulance with a wounded cop clinging to life and ace EMT Cam Thompson (Eiza GonzÃ¡lez) onboard. In a high-speed pursuit that never stops, Will and Danny must evade a massive, city-wide law enforcement response, keep their hostages alive, and somehow try not to kill each other, all while executing the most insane escape L.A. has ever seen. 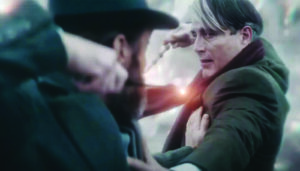