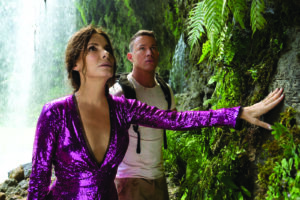 Brilliant but reclusive author Loretta Sage (Sandra Bullock) has spent her career writing about exotic places in her popular romance-adventure novels featuring handsome cover model Alan (Channing Tatum), who has dedicated his life to embodying the hero character, âDash.â While on tour promoting her new book with Alan, Loretta is kidnapped by an eccentric billionaire (Daniel Radcliffe) who hopes that she can lead him to the ancient lost cityâs treasure from her latest story. Wanting to prove that he can be a hero in real life and not just on the pages of her books, Alan sets off to rescue her. Thrust into an epic jungle adventure, the unlikely pair will need to work together to survive the elements and find the ancient treasure before itâs lost forever. 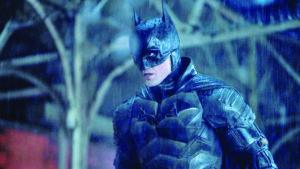 Two years of stalking the streets as the Batman (Robert Pattinson), striking fear into the hearts of criminals, has led Bruce Wayne deep into the shadows of Gotham City. With only a few trusted allies â Alfred Pennyworth (Andy Serkis), Lt. James Gordon (Jeffrey Wright) â amongst the cityâs corrupt network of officials and high-profile figures, the lone vigilante has established himself as the sole embodiment of vengeance amongst his fellow citizens. When a killer targets Gothamâs elite with a series of sadistic machinations, a trail of cryptic clues sends the Worldâs Greatest Detective on an investigation into the underworld, where he encounters such characters as Selina Kyle/aka Catwoman (ZoÃ« Kravitz), Oswald Cobblepot/aka the Penguin (Colin Farrell), Carmine Falcone (John Turturro), and Edward Nashton/aka the Riddler (Paul Dano). As the evidence begins to lead closer to home and the scale of the perpetratorâs plans becomes clear, Batman must forge new relationships, unmask the culprit, and bring justice to the abuse of power and corruption that has long plagued Gotham City. 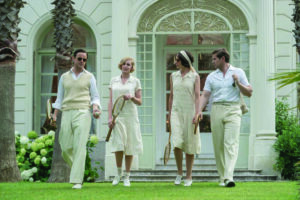 The first trailer promises mystery, romance and a little bit of meta! While a Hollywood director takes over Downton to shoot his new picture, the family goes on a grand journey to the South of France, where Lady Grantham has just inherited a villa from a mysterious man from her past. Much intrigue, many a bon mot. The original principal cast have returned for the second film along with new additions Hugh Dancy, Laura Haddock, Nathalie Baye and Dominic West. ♦