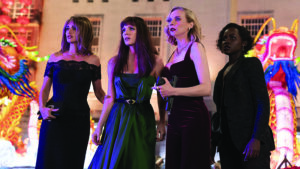 When a top-secret weapon falls into mercenary hands, wild card CIA agent Mason âMaceâ Brown will need to join forces with rival badass German agent Marie, former MI6 ally, and cutting-edge computer specialist Khadijah, and skilled Colombian psychologist Graciela on a lethal, breakneck mission to retrieve it, while also staying one-step ahead of a mysterious woman, Lin Mi Sheng, who is tracking their every move. As the action rockets around the globe from the cafes of Paris to the markets of Morocco to the wealth and glamour of Shanghai, the quartet of women will forge a tenuous loyalty that could protect the world â or get them killed. 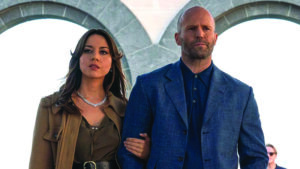 Statham plays the superbly monikered super spy Orson Fortune, who must track down and stop the sale of a deadly new weapons technology wielded by billionaire arms broker Greg Simmonds (Hugh Grant, having fun with accents again after Ritchieâs âThe Gentlemenâ). Reluctantly teamed with some of the worldâs best operatives (Aubrey Plaza, Cary Elwes, Bugzy Malone), Fortune and his crew recruit Hollywoodâs biggest movie star Danny Francesco (Josh Hartnett) to help them on their globe-trotting undercover mission to save the world. 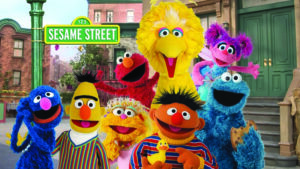 Big Bird and his Sesame Street friends are mysteriously expelled from their neighborhood, finding themselves in Manhattan. They team up with a plucky history show host Sally Hawthorne (Anne Hathaway) whoâs on a quest to save her show and prove that Sesame Street actually exists, with obstacles created by the âevilâ Mayor, with reasons of his own for keeping Sesame Street hidden from the world. ♦