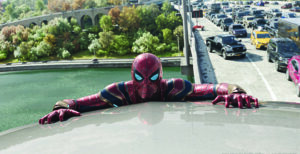 For the first time in the cinematic history of Spider-Man, our friendly neighborhood heroâs identity is revealed, bringing his superhero responsibilities into conflict with his normal life and putting those he cares about most at risk. When he enlists Doctor Strangeâs help to restore his secret, the spell tears a hole in their world, releasing the most powerful villains whoâve ever fought a Spider-Man in any universe. Now, Peter will have to overcome his greatest challenge yet, which will not only forever alter his own future but the future of the Multiverse. 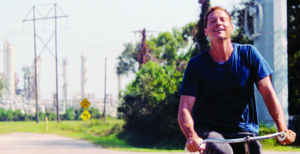 The audacious new film from writer-director Sean Baker (âThe Florida Project,â âTangerineâ), starring Simon Rex in a magnetic, live-wire performance, âRed Rocketâ is a darkly funny and humane portrait of a uniquely American hustler and a hometown that barely tolerates him. Finding himself down and out in Los Angeles, ex porn star Mikey Saber (Simon Rex) decides to crawl back to his hometown of Texas City, Texas, where his estranged wife and mother-in-law are living. Just as this dysfunctional family seems to be making things work, Mikey meets a young woman named Strawberry (Bree Elrod) working the cash register at a local doughnut shop. He falls right back into his old habits. 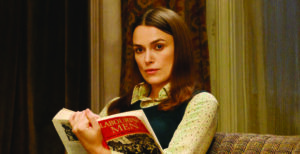 A couple invite their closest friends to join their family for Christmas dinner at their idyllic home in the English countryside. As the group comes together, it feels like old times â but behind all of the laughter and merriment, something isnât quite right. The world outside is facing impending doom. A toxic cloud of lethal poison is sweeping the planet, and itâs set to hit the luxe manor sometime past midnight on Dec. 26, so thereâs nothing for the guests to do but drink, feast and make merry as if thereâs no tomorrow â because, well, there isnât. Surviving the holidays just got a lot more complicated. ♦