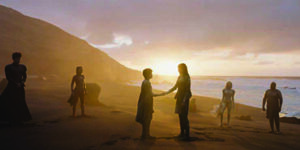 âEternalsâ is the next movie in the MCUâs Phase 4 slate. The movie takes the focus away from better-known Marvel superheroes like the Avengers, introducing a new eponymous team of superpowered individuals based on Jack Kirbyâs characters. The Eternals are an immortal alien race created by the Celestials, and they have dwelled on Earth for the past 7,000 years without disclosing their identities. The story takes place across two time periods. One storyline is set in the past when they operated as a formidable team and a close family unit. The second storyline is in the present, when the group has fractured and split apart, content to live among humans, hiding in plain sight. The prevailing threat of the Deviants, which once again threatens the existence of mankind, means the Eternals need to put their differences aside and regroup.

Pablo LarraÃ­nâs âSpencerâ is a haunting reimagining of a tense Christmas holiday in the life of Princess Diana. However, even knowing this will not fully prepare you for what youâre about to watch. LarraÃ­nâs vision is full of dream sequences, internal and externalized pain, metaphor-heavy dialogue, and Kristen Stewart brooding sensationally under various hats and Dianaâs signature short bob haircut. The movie aims to place the audience in its heroineâs state of mind as much as it wants to capture the sense of time of the early â90s and that point in the royal relationship when things begin to disintegrate. 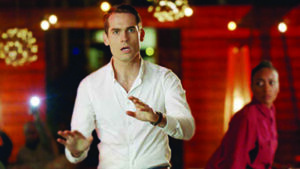 Weaving light Hollywood satire and fear of Big Data into a parable of erotic temptation, The Beta Test watches as a mysterious one-night stand threatens to destroy a young agentâs life. Playing the agent in question, Jim Cummings, exploring the varieties of volatile awkwardness and desperation, plays a well-known type while making the character unlike any weâve seen. Jordan Hines (Jim Cummings) is a hungry young agent who acts as if heâs an inch away from signing every potential client who has ever turned him down. When he receives a purple envelope holding an anonymous invitation to a one-time âno stringsâ sexual encounter, he barely even pauses to question the senderâs motives. While he puzzles over the mystery letter and follows its instructions, we glimpse the lives of others whoâve received similar letters and acted on them. ♦