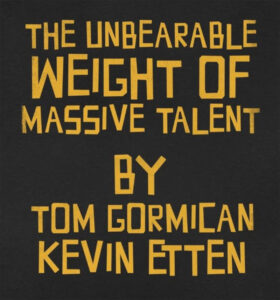 Disclaimer: This film sounds too crazy not to mention, but the March release date is up in the air as of this writing. So you may need to wait a bit longer. In âThe Unbearable Weight of Massive Talent,â Nicolas Cage will be portrayed as being under a mountain of debt, as he is forced to appear at the birthday party of a Mexican billionaire. This rich gentleman is a fan of the actorâs work and wants to show him a script that he has been working on. As they bond, Cage is then informed by the CIA that the billionaire is a drug cartel kingpin who has kidnapped the daughter of a Mexican presidential nominee. Needless to say, Cage starts to work for the U.S. government as a spy to gain some intelligence. The situation continues to spiral in the most dramatic of ways as the billionaire brings over Cageâs daughter and his ex-wife for a reconciliation. The story is very meta and makes several references to the actorâs previous works like âLeaving Las Vegas,â âFace-Offâ and âGone in 60 Seconds.â

In âZack Snyderâs Justice League,â determined to ensure Supermanâs ultimate sacrifice was not in vain, Bruce Wayne aligns forces with Diana Prince with plans to recruit a team of metahumans to protect the world from an approaching threat of catastrophic proportions. The task proves more difficult than Bruce imagined, as each of the recruits must face the demons of their own pasts to transcend that which has held them back, allowing them to come together, finally forming an unprecedented league of heroes. Now united, Batman, Wonder Woman, Aquaman, Cyborg and The Flash may be too late to save the planet from Steppenwolf, DeSaad and Darkseid and their dreadful intentions. 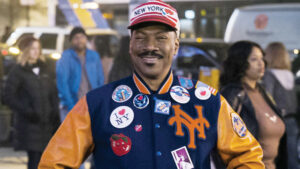 âComing 2 America,â the sequel to âComing to America,â teases a similar story to its predecessor with some new twists. Now, after all these years, King Akeem has not only taken over as the new ruler of Zamunda but has built a life with his âComing to Americaâ sweetheart, Lisa (Shari Headley), and had three daughters. But when he is alerted to the fact that he has an heir living in New York City (Jermaine Fowler) and that only a male heir can take over the Zamundan throne, Akeem is compelled to go find his long-lost son. Akeem ropes in his longtime friend and advisor, Semmi (Hall), for a return trip to the Big Apple so the pair can track down Akeemâs son. Akeem and Semmi will be running into plenty of old friends they made during their first trip to New York City more than 30 years ago and will be crossing paths with some new, colorful characters, too. ♦