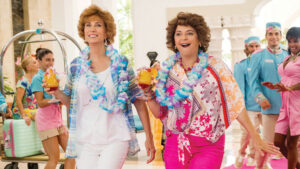 Take a trip and break out of your shell with Barb and Star. From the gals who brought you âBridesmaidsâ (co-stars and co-writers Kristen Wiig and Annie Mumolo) comes âBarb & Star Go To Vista Del Mar.â Lifelong friends Barb (Mumolo) and Star (Wiig) embark on the adventure of a lifetime when they decide to leave their small Midwestern town for the first time â ever. Jamie Dornan also stars as a lovelorn spy who gets caught between the forces of good and evil, while Damon Wayans Jr., Fortune Feimster and Wendy McLendon-Covey also fill out the ensemble cast. Hold onto your culottes for a movie filled with romance, friendship and a villainâs evil plot to kill everyone in town. 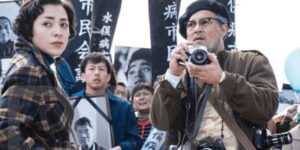 Set in 1971, Johnny Depp portrays photojournalist Eugene Smith, whoâs become a recluse and disconnected from the world he once shot. After receiving one final assignment from Life Magazine editor Robert Hayes (Bill Nighy), he must travel to the Japanese coastal city of Minamata, which has been ravaged by mercury poisoning. Assisted by an impassioned Japanese translator and encouraged by local villagers, his powerful images expose decades of gross negligence by the countryâs Chisso Corporation. 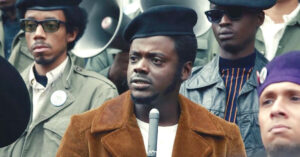 FBI informant William OâNeal (LaKeith Stanfield) infiltrates the Illinois Black Panther Party and is tasked with keeping tabs on their charismatic leader, Chairman Fred Hampton (Daniel Kaluuya). A career thief, OâNeal revels in the danger of manipulating both his comrades and his handler, Special Agent Roy Mitchell (Jesse Plemons). Hamptonâs political prowess grows just as heâs falling in love with fellow revolutionary Deborah Johnson (Dominique Fishback). Meanwhile, a battle wages for OâNealâs soul. Will he align with the forces of good? Or subdue Hampton and The Panthers by any means, as FBI Director J. Edgar Hoover (Martin Sheen) commands? Inspired by true events, âJudas and the Black Messiahâ is directed by Shaka King, marking his studio feature film directorial debut. ♦