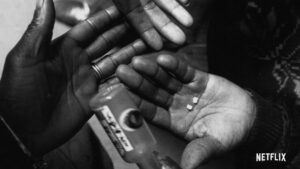 In the early 1980s, the crack epidemic tore through Americaâs inner cities like a tsunami. Via a collage of archival news footage, compelling interviews and era-specific hip hop, award-winning documentary filmmaker Stanley Nelson peels back the layers of how crack rocked the nation. Nelson goes beyond stereotypes and dog whistles, straight to the heart of the matter: how the Iran-Contra scandal allowed an influx of cocaine into the country; complicity of the police force and the U.S. government; the rise in gun violence; sentencing disparities between cocaine and crack possession; the devastation of families and individuals caught in crackâs wake; and how mass incarceration became the solution to a public health crisis. 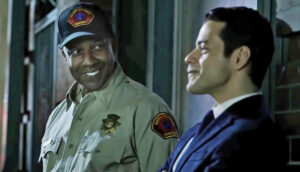 Kern County Deputy Sheriff Joe âDekeâ Deacon (Denzel Washington) is sent to Los Angeles for what should have been a quick evidence-gathering assignment. Instead, he becomes embroiled in the search for a killer who is terrorizing the city. Leading the hunt, L.A. Sheriff Department Sergeant Jim Baxter (Rami Malek), impressed with Dekeâs cop instincts, unofficially engages his help. Dekeâs nose for the âlittle thingsâ proves eerily accurate, but his willingness to circumvent the rules embroils Baxter in a soul-shattering dilemma. However, as they track the killer, Baxter is unaware that the investigation is dredging up echoes of Dekeâs past, uncovering disturbing secrets that could threaten more than his case.

âOne Night in Miamiâ is a fictional account of one incredible night where icons Muhammad Ali, Malcolm X, Sam Cooke and Jim Brown gathered discussing their roles in the civil rights movement and cultural upheaval of the 1960s. Set on the night of Feb. 25, 1964, âOne Night in Miamiâ follows a young, brash Cassius Clay as he emerges from the Miami Beach Convention Center the new Heavyweight Boxing Champion of the World. During this historic evening, these icons shared their thoughts with each other about their responsibilities as influencers, standing up, defending their rights and moving the country forward to equality and empowerment for all black people. The next morning, the four men emerge determined to define a new world for themselves and their community. ♦