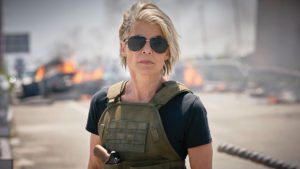 More than two decades have passed since Sarah Connor prevented Judgment Day, changed the future, and re-wrote the fate of the human race. Dani Ramos (Natalia Reyes) is living a simple life in Mexico City with her brother (Diego Boneta) and father when a highly advanced and deadly new Terminator â a Rev-9 (Gabriel Luna) â travels back through time to hunt and kill her. Daniâs survival depends on her joining forces with two warriors: Grace (Mackenzie Davis), an enhanced super-soldier from the future, and a battle-hardened Sarah Connor (Linda Hamilton). As the Rev-9 ruthlessly destroys everything and everyone in its path on the hunt for Dani, the three are led to a T-800 (Arnold Schwarzenegger) from Sarahâs past that may be their last, best hope. A white-knuckle ride that takes place in the span of 36 hours, this direct sequel to T1 and T2 is grim, gritty, fast and intense. 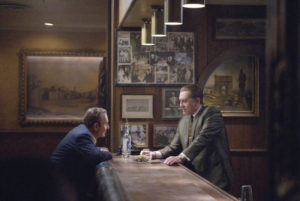 Spanning decades, the film tells the story of one of the greatest unsolved mysteries in American history, the disappearance of legendary union boss Jimmy Hoffa, and offers a monumental journey through the hidden corridors of organized crime. Frank âThe Irishmanâ Sheeran (Robert De Niro) is a man with a lot on his mind. The former labor union high official and hitman learned to kill serving in Italy during the Second World War. He now looks back on his life and the hits that defined his mob career, maintaining connections with the Russel Bufalino (Joe Pesci) and the Bufalino crime family. In particular, the part he claims to have played in the disappearance of his life-long friend, Jimmy Hoffa (Al Pacino), the former president of the International Brotherhood of Teamsters, who mysteriously vanished in late July 1975 at the age of 62. 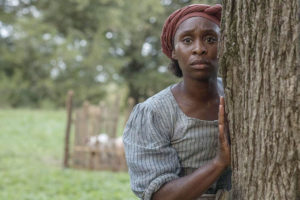 Based on the thrilling and inspirational life of an iconic American freedom fighter, âHarrietâ tells Harriet Tubmanâs extraordinary tale of transformation into one of Americaâs greatest heroes. The biopic chronicles Tubmanâs story, beginning with her 1849 escape from slavery in Dorchester County, Maryland, as she travelled on the Underground Railroad to freedom in Philadelphia. Once free, she quickly becomes a life-saving guide for runaway slaves fleeing the violence of the South â an act that cemented her name in the history books as a heroic staple in the early Civil Rights movement. Her courage, ingenuity and tenacity freed hundreds of slaves and changed the course of history. ♦