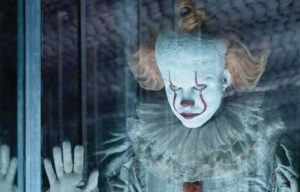 Unlike Stephen Kingâs novel which took place in the late 1950s and then in the late 1980s, the first film in this series was set instead in 1989 â so this one will pick up in 2016, bringing the Losers Club back to modern-day Derry (though weâll still see all the younger kids by way of flashbacks). Twenty-seven years after the Losers Club defeated Pennywise (Bill SkarsgÃ¥rd), IT returns to terrorize the town of Derry once more. Now adults, the Losers have long since gone their separate ways. However, the kids in town are disappearing again, so Mike (Isaiah Mustafa), the only one of the group to remain in their hometown, calls the others home. Damaged by the experiences of their past, they must each conquer their deepest fears to destroy Pennywise once and for all… putting them directly in the path of the clown thatâs become deadlier than ever. âIT: Chapter Oneâ was a box office powerhouse, and it became one of the highest grossing R-rated movies of all time. The sequel is certainly looking to meet or exceed those expectations. With the inclusion of big names like Jessica Chastain, Bill Hader and James McAvoy, the movie may very well do that. 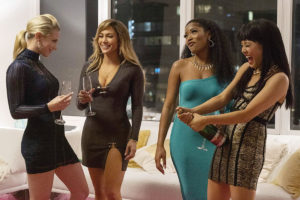 Inspired by the viral New York Magazine article, âHustlersâ follows a crew of savvy former strip club employees who band together to turn the tables on their Wall Street clients, in what the articleâs author, Jessica Pressler, describes as a âmodern day Robin Hood story.â âHustlersâ is a fictionalized version of a real story about a group of strippers who take to more devious methods of extracting money from the men who come by their club. These women are driven â and ruthless. Rather than working harder for tips, they outsource prostitutes to fulfill their clientsâ needs, then retrieve bank information when wealthy customers are otherwise engaged. In short time, the women clear out their clientsâ credit cards and savings, and straight-up scam and extort these wealthy men. The cast features stars from across the spectrum. Jennifer Lopez, Constance Wu, Julia Stiles, Lizzo, Cardi B and Keke Palmer are all offering up their talents. Whether youâre in it for the visuals, the story, or a bit of both, you probably wonât be disappointed. 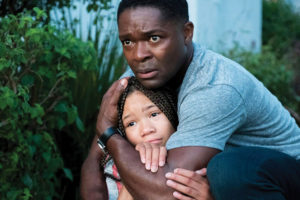 Los Angeles police detective Jack Radcliff (David Oyelowo) discovers the murder of his brother, sister-in-law and niece. Shortly afterwards, he begins to receive shocking phone calls from his recently murdered niece, Ashley (Storm Reid). Is our hero crazy? Is he dreaming? Is he dead? Working together across time, they race to solve her murder before it can happen. (If the premise sounds familiar, it should â itâs almost the exact same plot as âFrequency.â) A thriller with a supernatural twist, âDonât Let Goâ is the newest release from Blumhouse, the producers of âGet Out.â ♦