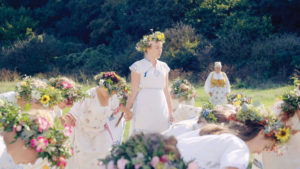 Described by its director as âa dark break-up movie that becomes a horror filmâ and âa âWizard of Ozâ for perverts,â the sophomore follow-up to fan favorite âHereditaryâ looks positively disquieting. Ari Aster presents a dread-soaked cinematic fairytale that looks set to push out âThe Wicker Manâ as the quintessential pagan movie. Dani (Florence Pugh) and Christian (Jack Reynor) are a young American couple with a relationship on the brink of falling apart. But after a family tragedy keeps them together, a distraught Dani decides to tag-along with Christian and his friends on a once-in-a-lifetime trip to a midsummer festival in a remote Swedish village. What begins as a carefree holiday, their trip unfolds into a hallucinogenic nightmare. 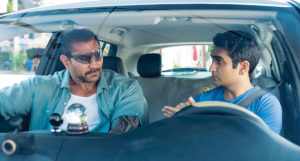 In âStuber,â Dave Bautista plays Vic Manning, a rogue cop whoâs trying to hunt down a sadistic, bloodthirsty terrorist. The problem is, Manning has just had Lasik eye surgery, so he canât drive himself around. He also wouldnât be able to aim a weapon, defend an oncoming attack or really recognize the perp heâs trying to arrest, but, sure, driving is no doubt his biggest obstacle here. Enter Stu (Kumail Nanjiani), a big-hearted Uber driver. When Stu picks up Manning, he inadvertently becomes his unofficial sidekick during the quest. Thrust into this harrowing ordeal, Stu must do his best to keep his wits, himself unharmed, and work with his passenger â while maintaining his high-class rating. 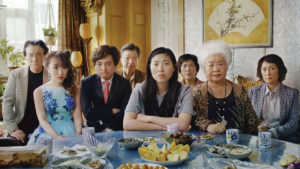 If you knew something that could potentially ruin the rest of someoneâs time on Earth, would you be doing him or her a favor by keeping that information secret? With âThe Farewell,â writer/director Lulu Wang creates a heartfelt celebration of both the way we perform family and the way we live it.

In this funny, uplifting tale âbased on an actual lieâ (as the opening words explain), Chinese-born, U.S.-raised Billi (Awkwafina), an out-of-work New York writer, reluctantly returns to Changchun to find that, although the whole family knows their beloved matriarch, Nai-Nai (Zhao Shuzhen), has been given mere weeks to live, everyone has decided not to tell Nai Nai herself. To assure her happiness, they gather under the joyful guise of an expedited wedding, uniting family members scattered among new homes abroad. As Billi navigates a minefield of family expectations and proprieties, she finds thereâs a lot to celebrate. ♦