John Cooper never thought heâd be able to play music for a living. But today, the band he formed in 1996 is a staple in the rock scene â and arguably the most successful Christian band of its generation. Listeners will recognize many of their decades-old hits including âMonsterâ and âHero,â plus newer tunes like âSurviving the Gameâ and âRefuge.â

As the bandâs lead singer, Cooper writes all of the groupâs songs â many alongside his wife, Korey. Cooper said he values authenticity in his music, and as an outspoken Christian, realizes that he canât please everyone.

âItâs always going to make some people upset,â he said. âIn reality, thatâs also part of what rock and roll is supposed to be. Itâs supposed to be you telling your story, I guess you would say, without caring what someone else thinks. I mean, thereâs nothing more rock and roll than that, kind of a rebellious attitude.â

The bandâs latest release, âDominion,â is their 12th studio album. Cooper has described it as a âpositive rebellionâ against the negativity prevalent in todayâs world, especially during the pandemic.

âItâs very much a âdonât give upâ feeling,â he said.

Those who watch Skillet live at the Iowa State Fair Grandstand will experience that encouragement firsthand in what promises to be an energy-packed performance.

âItâs really quite an emotional show,â Cooper said. âPeople can relate to that message even if we come to different conclusions on lots of things. In other words, there could be someone next to you in the audience singing the same words, but not giving out that they might believe something completely different from you. And I think thatâs whatâs powerful about music, is that it crosses cultures, belief systems and things like that because thereâs an element of music that is interpretation-based.â

Skillet is no stranger to Des Moines â theyâve stopped at Wells Fargo Arena often during the annual Winter Jam tour â but this will mark their first concert at the Fair. Dante Bowe, current Maverick City Music and past Bethel Music member, will open the concert.

To those still trying to break into the music industry, Cooper advised: âYou have to be authentic, or people are going to smell that youâre a fake, and youâre trying to chase the affection of other people rather than being just true to who you are, And I think thatâs really sad. It kind of creates art where you just lose a piece of yourself because youâre always dancing for the approval of others.

âAuthentic art is usually the best art in my opinion.â

Skillet and Dante Bowe perform on opening night at the Fair: Thursday, Aug. 11 at 8 p.m. Tickets cost $30-$55 and can be purchased at iowastatefair.org/entertainment.

Read on to learn more about the other Grandstand acts and free entertainment at the Susan Knapp Amphitheater, Anne and Bill Riley Stage, MidAmerican Energy Stage and across the fairgrounds. 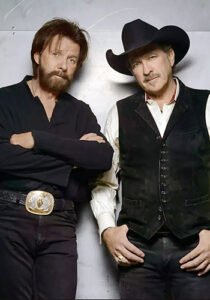 Country musicians Kix Brooks and Ronnie Dunn may have announced their retirement more than a decade ago, but that couldnât stop them from continuing their unshakeable legacy in country music â and hitting the road on their Reboot Tour. Melding rock and honky-tonk with mainstream country, the duoâs accomplishments are impressive: 23 career chart-toppers, 30 million albums sold, 80-plus industry awards and induction into the Country Music Hall of Fame. 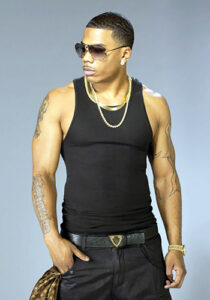 Early 2000s kids â dive into that nostalgia with âDilemma,â âRide Wit Meâ and âHot In Herre.â At 47 years old, the rapper-turned-hip-hop-superstar is still going strong, releasing his latest album âHeartlandâ in 2021. Heâll be preceded on stage by R&B artist Ginuwine. Just rememberâ¦ while it may be hot at the Fair, please do not take off all your clothes. 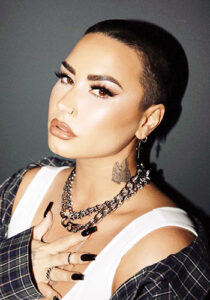 The former Disney star (who also appeared on âBarney & Friendsâ) has come a long way from their bubblegum pop roots, but expect to hear some classics like âCool for the Summer,â âSorry Not Sorry,â âSkyscraper,â and the newest release âSKIN OF MY TEETH.â The Fair is the second stop on the tour promoting the new album âHoly Fvckâ to be released later this month. 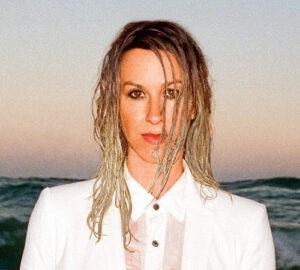 Rain on your wedding day, a traffic jam when youâre already late â sound familiar? You may recognize Morissetteâs iconic mezzo-soprano vocals in her 1995 classic hit âIronic.â Her debut album âJagged Little Pillâ was recently performed as a jukebox musical that snagged a Grammy Award last year. The singer-songwriter has released 10 total records known for their lyrical honesty and grunge/rock influences. 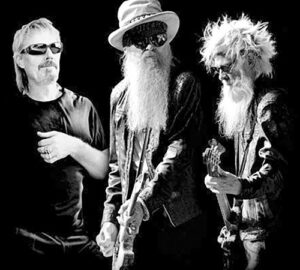 The 50-year-old rock band from Texas makes its stop in Des Moines on their âRaw Whiskyâ tour, epic beards included. Audiences may recognize hits like âTush,â âLa Grangeâ and âSharp Dressed Man.â Band members include Billy Gibbons on vocals and guitar and Frank Beard on Drums. Bass player and singer Dusty Hill passed away in 2021, but he is still featured on the bandâs latest album, âRawâ that was released last month. 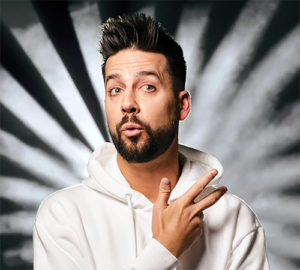 Former Chick-fil-A employee, homeschooled pastorâs kid and brought up in the Deep South â thatâs stand-up comedian John Crist in a nutshell. He first rose to fame with his pithy sketches on social media, with viral videos poking fun at millennials and his own Christian subculture, all with a classic Southern twang. 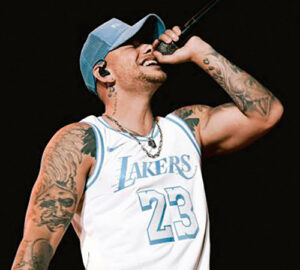 This 28-year-old has been making a name for himself in the country music industry. A Tennessee native, the formerly independent artist found success through social media and has been deemed the âfuture of countryâ by Billboard. Popular anthems include âWorldwide Beautiful,â âHeavenâ and âWhat Ifs.â Think Justin Beiber, but country. Swoon. 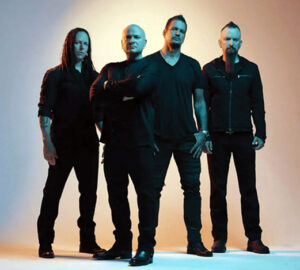 If country and pop just arenât your thing, try heavy metal. Disturbed has been making waves since the late 1990s with their boundary-breaking hits like âDown with the Sicknessâ and their popular cover of Simon & Garfunkelâs âThe Sound of Silence.â The Chicago-based musicians have achieved five consecutive No. 1 debuts on the Billboard Top 200, joining Metallica as the only other hard rock band to do so. 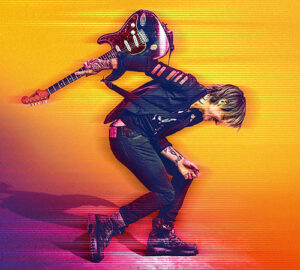 Keith Urbanâs âThe Speed of Nowâ tour promises to be a thrilling experience that releases pent-up energy for the musicianâs first world tour in four years. Fans might hear favorites including âBlue Ainât Your Color,â âSomewhere In My Car,â âSomebody Like You,â his newest release, âWild Hearts,â and smash hit âOne Too Manyâ with P!NK. With that flowing hair and irresistible Australian accent, whatâs not to like? 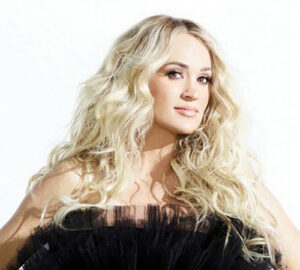 Country superstar Carrie Underwood returns to the Fair after her last sold-out Grandstand performance in 2015. Most people know Underwood for her ubiquitous classics like âJesus, Take the Wheelâ and âBefore He Cheats,â but her far-reaching career is impressive: 66 million records sold worldwide, 28 No. 1 singles, seven platinum and multi-platinum albums, and 100 major awards, including seven Grammys. This is one you wonât want to miss. 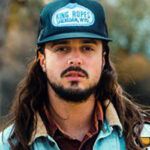 IAN MUNSICK
Thursday, Aug. 11, 8 p.m.
A self-proclaimed âprogressive artist with an old soul,â Ian Munsick made his way from the Rocky Mountains in Wyoming to Nashville, Tennessee. With his self-titled EP released in 2017, debut album âCoyote Cryâ in 2021, and two newly released singles, Munsick blends together the best of pop and country.

SAMMY KERSHAW
Sunday, Aug. 14, 8 p.m.
You might know Kershaw from his chart-topping single âShe Donât Know Sheâs Beautifulâ from 1993. With 16 studio albums, this honky-tonk balladeer from Louisiana is a certified country music original.

HAIRBALL
Tuesday – Wednesday, Aug. 16-17, 8 p.m.
As staples at the Iowa State Fair, Hairball knows how to put on a show. Have you ever wanted to see every classic rock and roll concert at once? Look no further. Hairball nails the sights and sounds of KISS, Queen, Journey, Aerosmith and more.

LEVI HUMMON
Friday, Aug. 19, 8 p.m.
You might know his breakout hit and collaboration with Walker Hayes, âPaying for It.â Singer-songwriter Levi Hummon has lived and breathed country since birth: His father, Marcus Hummon, wrote hits for artists like The Dixie Chicks, Tim McGraw and Rascal Flatts, including the Grammy-winning âBless the Broken Road.â

CASEY DONAHEW
Sunday, Aug. 21, 8 p.m.
Casey Donahew reached national acclaim with eight independent albums and 21 No. 1 singles over the past 18 years. Starting as a local favorite in the Texas music scene, Donahewâs 2019 hit âLetâs Make A Love Songâ was the most played independent song on country radio in 2019.