Those who served our country continue to serve each other and those around them.

When wounded soldiers and sick U.S. military veterans returned home from both the Spanish-American War (1898) and from the Philippine Insurrection (1899-1902), no federal pension program existed, nor did any type of widespread medical assistance. These war-ravaged combatants were largely left to lick their own wounds, and as a result, they began forming groups to fight for their rights and to generally improve the lot of those who had served. These fledgling organizations eventually became known as the VFW â Veterans of Foreign Wars â which lays claim to being the first U.S. veterans service organization.

A multitude of other groups followed suit, and at one time Iowaâs towns were dominated by their presence. Weddings, funerals and other gatherings were frequently held at an American Legion hall, a VFW post or some other such venue.

But old soldiers, former sailors and other military veterans arenât enlisting in these groups in the same numbers as they once did.

People point to an assortment of reasons for this reality. Some attribute it, at least in part, to the nation having fewer veterans overall. Others point to a reluctance of Americans to get involved in service organizations of any kind. Still others say there has been a shift in how veterans are perceived by society, and that shift keeps some people away.

Whatever the case may be, CITYVIEW is thankful to those who have sacrificed to improve the United States of America, and real lives have been changed for the better thanks to these groups.

Itâs November, which means some of us are looking forward to Thanksgiving, family time and turkey, while others have an eye on a Black Friday spending spree. But Veterans Day is also on the calendar in November â Thursday, Nov. 11. As such, CITYVIEW checked in on a few of the local men and women who go above and beyond to serve the people who have served the stars and stripes. They wouldnât forget Veterans Day if their life depended on it, because, to them, someoneâs life surely does depend on it. 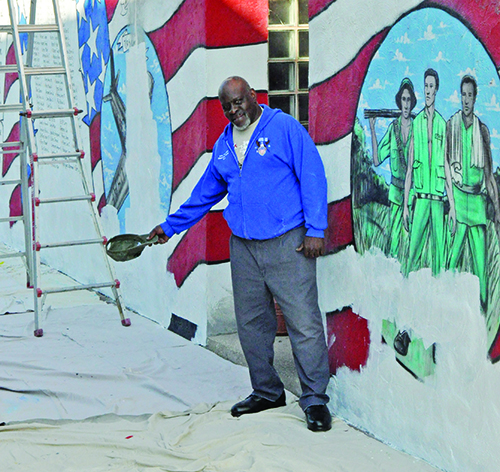 OVERVIEW: The VFW and its Auxiliaries claim more than 1.5 million members and 6,200 Posts worldwide. These members contribute 8 million hours of volunteer service. In addition, more than 4.5 million Americans, both members and non-members, contribute financially to help the VFW work to improve the life of veterans.

âMost people think itâs a smokey bar room filled with older vets who want no intrusion or have no place for the younger generation,â states a VFW informational handout. âNothing could be further from the truth.â

âWe do more for veterans than anyone,â says Gregory Allen, the commander of VFW Post 8879 in Valley Junction. âWeâve been around a while, and weâre not going anywhere.â

Allen joined the VFW a few years ago and was elected commander of VFW Post 8879, located in Valley Junction in West Des Moines, this year. He served in the Army from 1986-92, during Operation Desert Storm. Originally from Pittsburgh, Allen moved to central Iowa for work and stayed so his kids could enjoy the high-quality local schools.

The VFW is famous for its Poppy Drive, but it is also involved in many other local efforts.

âEvery year we do Thanksgiving and Christmas baskets,â he says.

The local schools identify 10 families for each holiday, and the VFW comes through with bundles of food served with a $50 gift certificate.

âJust to see their joy to have something to eat,â he says, âthat keeps me coming back.â

Ditto for the work Allen does with the Honor Guard at burials for U.S. vets, saluting them with rifle shots.

Another service provided by the VFW is its flag retirement stations. West Des Moines has four of these, courtesy of Allen and his fellows. People are encouraged to drop old U.S. flags in one of these boxes to be properly retired.

âWe burn them,â explains Allen. This might sound like a funny thing to do for a group of proud vets, he admits, but it is necessary.

âThere were 15,000-20,000 flags this year,â he explains. That is a larger number than usual. The influx is due to the groupâs one-year flag-retirement hiatus during the pandemicâs shutdown.

The VFW also works to mark the local graves of interred veterans â they do this with the help of local Boy and Girl Scout troops â as well as helping with local food drives, visiting homes for senior citizens, handing out coloring books and crayons for kids, and more.

âA lot of schools have issues with veterans coming in there,â says Allen of his VFW efforts to gain entrance to classrooms. âBecause youâre in uniform, it (potentially) looks like youâre soliciting.â

But Allen assures that he is there to give, not to take. Annually, the VFW distributes $2.9 million nationally in scholarships, monetary awards and other incentives to middle and high school students through two major patriotic essay competitions, and that is the tip of the iceberg.

âThe military does a lot of good and saves a lot of lives,â he says. 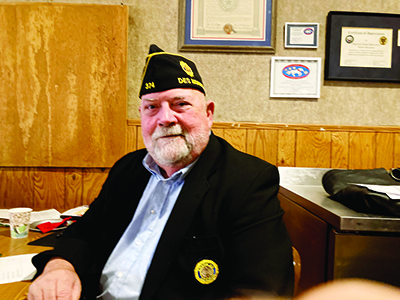 OVERVIEW: The American Legion, chartered and incorporated by Congress in 1919, lays claim to being âthe nationâs largest wartime veterans service organization, committed to mentoring youth and sponsorship of wholesome programs in our communities, advocating patriotism and honor, promoting strong national security, and continued devotion to our fellow servicemembers and veterans.â

During World War I, battles were often conducted via trench warfare and became notorious for the indiscriminate mass slaughter of the participants.

âWWI was so devastating,â says Jim McLallen, Commander of the Highland Park American Legion. Tens of thousands were killed in short increments of time as out-dated military tactics converged with modern machine guns and other weaponry. âIn four months, we lost 116,000 U.S. soldiers,â he continues. âSo many were dead that by the time they got around to burying the bodies, many of them were no longer identifiable.â

As a result, legislation was passed âto bring home the body of an unknown American warrior who in himself represents no section, creed, or race in the late war and who typifies, moreover, the soul of America and the supreme sacrifice of her heroic dead,â and to inter the unknown American soldier in a special tomb. This occurred on Nov. 11, 1921.

The Highland Park American Legion Post is getting ready to celebrate the 100th anniversary of the unknown soldier. The event kicks off just past midnight at 12:01 on Nov. 11.

âThis is our little part to show support,â he says.

In addition to its Veterans Day celebration, McLallenâs post stays active all year around by supporting youth activities, baseball leagues or by offering scholarship opportunities for high school kids who take part in essay and speech competitions.

âWe also advocate for veteransâ issues,â says McLallen. âNumbers count in Washington. The more members we have, the more we get done.â

Editorâs note: Unknown soldiers from World War II, Korea and the Vietnam War were later buried in a similar manner. After being interred, the Vietnam War Unknown Soldier was later identified via DNA testing. In accordance with the wishes of his family, his remains were reinterred elsewhere. The crypt remains vacant and has been rededicated to honor all missing U.S. service members from the Vietnam War. 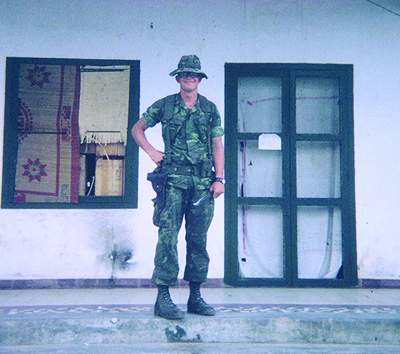 Daniel Gannon, Commander of the Disabled American Veterans Des Moines – Chapter 20, is a Vietnam vet who survived stage-four Agent Orange presumptive cancer. Gannon is pictured here while in Vietnam serving as a Marine in 1969.

OVERVIEW: Gassed, injured, wounded or disabled, The DAV exists to serve veterans who have suffered. The nonprofit charity strives to provide a lifetime of support for veterans of all generations and their families, helping more than 1 million veterans in positive, life-changing ways each year. Annually, the organization provides more than 240,000 rides to veterans attending medical appointments and assists veterans with well over 160,000 benefit claims. In 2020, DAV helped veterans receive more than $23 billion in earned benefits.

Agent Orange is a herbicide containing a potentially deadly chemical called dioxin. According to some estimates, the U.S. military spread 20 million gallons of herbicide in Southeast Asia from 1961 to 1971, and Agent Orange was the most common kind. The intent was to clear leaves and vegetation, according to www.va.gov, but there were unintended consequences. U.S. troops were exposed to the chemical, and many incurred serious health issues â including cancer, birth defects and severe psychological and neurological problems.

âIâm a Vietnam combat disabled vet,â says Des Moines man Daniel Gannon. He served in Vietnam as a marine and is a survivor of stage-four Agent Orange presumptive cancer.

For more than 20 years, veterans issues didnât matter much to Gannon, but that changed after his initial diagnosis in 2004. Gannon wonders if a higher authority might have had another mission for him, thus his survival without recurrence.

âMaybe divine intervention was telling me I need to give back,â he explains.

Gannon encourages veterans to get involved.

âThese groups get the word out,â he explains. âSo you will know whatâs going on and what is available. And you get to share with other vets.â 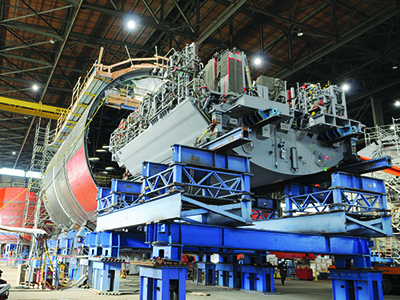 The USS Iowa SSN 797 will be a Virginia class nuclear attack submarine. The $3 billion vessel is currently under construction at Electric Boat Division of General Dynamics in Groton, Connecticut.

OVERVIEW: The Submarine Veterans of Iowa exists to support the commissioning of the USS Iowa SSN 797.

Since 2019, the USS Iowa SSN 797 has been under construction at Electric Boat Division of General Dynamics in Groton, Connecticut. Upon completion, the $3 billion boat will be a nuclear-powered fast-attack submarine, according to Tom Hudson, who serves as the executive director of Submarine Veterans of Iowa â he is also retired U.S. Navy, and he is the general manager of CrossRoads Shooting Sports in Johnston.

âItâll be ready to go in the water next spring,â he says.

What does Submarine Veterans of Iowa do?

Modern warships have groups such as these to raise funds for the celebration of the vesselâs commissioning, christening and to help boost morale of the shipâs crew.

A christening is when a bottle of champagne is broken on a boatâs bow as it is put into the water for the first time. Christie Vilsack, Iowaâs former First Lady, is the shipâs sponsor. She will do the christening honors at a to-be-determined date.

After entering the water, the sub will need a year or so of sea trials to test its capabilities. Once it has been thoroughly tested, and all systems are a confirmed âgo,â the 377-foot nuclear-powered submarine will be commissioned into the U.S. Navy, which should happen in 2023.

The original purpose of Submarine Veterans of Iowa is to support that commissioning. Afterwards, the group operates to support the on-board crew by helping with events that bolster morale.

Ticket information regarding the christening event will be available soon at www.ussiowassn797.org.

Many more veterans organizations exist in central Iowa than those listed here. Regrettably, CITYVIEW couldnât recognize them all. But if you know of another good one, or if you know of a good former soldier, sailor, marine or anyone with a military service background, donât forget to thank them for their service this Nov. 11, Veterans Day. ♦