Meet the people behind the wheel and getting us from Point A to Point B. A former Uber driver, a limousine chauffeur and a shuttle star open up about the people taking a backseat. 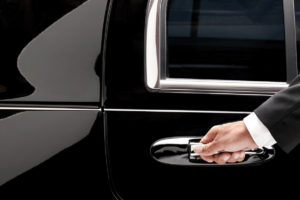 Getting from Point A to Point B when you are without wheels and in a hurry is easier than it ever has been for consumer riders. But how is the experience for the 21st-century professional driver? CITYVIEW surveyed the people who have sat behind the wheel and in the driverâs seat. Here are their stories.

For people making ends meet by driving other people for a living, life truly is like a box of chocolates: You never know what or who might end up in your backseat.

Michelle Wonderlich no longer drives for a living, but before her recent move to Alaska, she says she put in approximately 10,000 miles a month as a central Iowa Uber driver.

âItâs not glamorous,â she assures. âA lot of people think we are paid really well, or that we get lots of tips. Not true.â

Business people riding for work are the worst tippers, according to Wonderlich. At first she thought it was because they innocently forgot, but the pattern continued throughout her stint on rideshare.

One traveler, who she described as an executive at a prominent downtown insurance company, rode all the way to Minneapolis in her car.

âHe did not tip one penny,â she says. âIt was an eight-hour trip, and we (Uber drivers) only get paid one-way.â

On the other hand, getting stiffed for a tip is preferable to some other customer maltreatment. 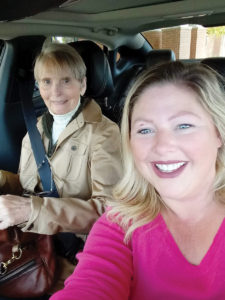 “Itâs not glamorous. A lot of people think we are paid really well or that we get lots of tips. Not true.” â Michelle Wonderlich, a former Uber driver

Wonderlichâs car was keyed once, and there were too many forgotten purses, lost cell phones and stray wallets to count. Not everyone knows it, but if too many items get reported as lost in an Uber vehicle, the rideshare service âflagsâ the car as a way of protecting customers from potentially larcenous drivers. But Wonderlich says she worked a lot, and often overnight, which brings about a higher likelihood for customer forgetfulness.

But driving-for-hire definitely wasnât all bad for Wonderlich.

âI had some amazing people also,â she says.

Celebrities, professional athletes and circus performers all took turns in her backseat. One time a famous musician â she thinks it might have been Zach Brown âneeded a lift.

âIâm kind of a big deal,â she says he informed her. âI didnât have any idea who he was.â

Not only did she meet high-profile people and citizens of importance, but she also met her current boyfriend while driving Uber. He wasnât a rider. Circumstances â some might call it fate â just pushed them together while she was working. A client of hers was ill at a casino, and as she attempted to help her client, a security guard approached. The rest, as they say, is history.

Other fond memories of Uber experiences also fill her head, but she wouldnât necessarily recommend the occupation to others, nor does she advise against it.

âIt served my heart well,â she says, pointing to the chance to serve people who needed help.

Taxicab service is defined as a person engaged in the for-hire transportation of passengers in a taxicab having a seating capacity of less than seven passengers and not operating on a regular route or between specified points.

A Chauffeur of distinction

Former police officer continues opening doors for people, but he now offers high-society transportation while wearing a different kind of uniform and offering a higher level of backseat situation. 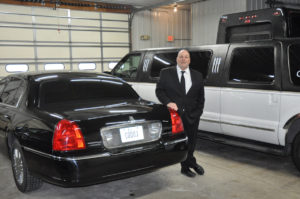 “You also know when to shut up. Sometimes people have been traveling all day, and they donât want to talk.” â Tim Pettit, owner of Chauffeurs of Distinction, on what makes a quality chauffeur.

The differences between taxi cabs or Ubers and other rideshare services might seem slight when comparing one with one another, but the chasm is much wider if you put those travel modes up against limousine services. If people want economy, then they call cabs and taxi competitors. But when a person wants to ride in style, with high-end service, safety and reliability, Tim Pettit, owner of Chauffeurs of Distinction, says a black-car service is the best option.

To be sure, Pettitâs oversized yet sleek sedans and SUVs are coveted by prominent people, CEOs, corporate execs and high rollers, but he says other people also occasionally desire limousine services for formal nights out or other special occasions.

Driving high society is all well and good, but the fare that stays front-and-center within Pettitâs mind is a birthday treat for an elderly lady paid for by her loving family. Together the matriarchâs offspring splurged, providing her with limo service for a day.

Pettit was pleased to escort the woman down memory lane, driving her past her previous residences, where her husband proposed and other significant places intertwined within her long and fruitful life. Watching her enjoy a perfect day after a life spent loving was rewarding, and he is happy he could be a part of it. 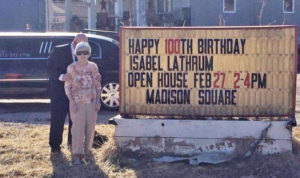 Chauffeur Tim Pettit was pleased to escort Isabel Lathrum down memory lane on her 100th birthday. The gift of a limo ride was given to the centurian by her family. She spent the day driving past previous residences, the place where her husband proposed, and to other significant places intertwined within her life. Petit is pictured here helping Lathrum stand for a photo.

If there is one thing Pettit likes about his current profession, it is that he generally gets each of his clients on their best day â proms, weddings, anniversaries, birthdays, business functions, special occasions. People often call him when it is time to celebrate something special in their life, and he gets to share that event with them.

âIt is a whole lot different than my previous career,â he laughs. âI dealt with people on their not-so-good days.â

Pettit traded one uniform in for another. Before becoming a chauffeur, he logged 22 years in law enforcement. The former police officer sometimes jokes with clients that it took him a long time to break the habit of wanting to push ridersâ heads down as he opens the door for them.

A clean driving record is a must for chauffeurs, as is dressing in top-notch professional attire. A good chauffeur has personality, but…

âYou also know when to shut up,â says Pettit. âSometimes people have been traveling all day, and they donât want to talk.â

Driving these roomy vehicles requires experience and an eye for planning ahead.

âYou just have to be smart,â he says.

Punctuality, always, is also a key. Pettit says he has never been late in his entire driving career â no exceptions.

NOTE: Chauffeurs of Distinction has been named Best Local Party/Event Transportation by CITYVIEW readers for three straight years. The company is owned and operated by Pettit and his wife Grace.

The man, the myth… Sam Nac 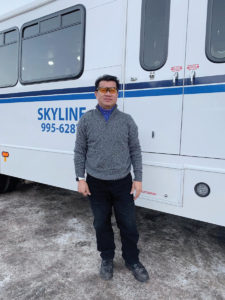 A reliable man behind the wheel of a reliable ride is every college kidâs best friend. That man for many Ames students â nearly half if you believe his stated estimate that 45 percent of Iowa State students have his number â is Sam Nac

The self-employed former-Uber-driver-turned-shuttle-driver previously worked an assortment of jobs before discovering he could do better with a career as a professional driver.

At the time of his interview with CITYVIEW, Nac was out of town working for a Montana bus company, but he wants people to know that he plans to return to central Iowa by March 2. When he does, he will resume the practice of âoutworking his competition.â Nac puts himself on call 24/7, and that includes nights and weekends.

The highest rate of incoming calls occurs during the early morning hours. Nac says he happily accepts the business but admits that problems occasionally occur.

People passing out before arriving at the intended destination is common for the after-hours crowd, but he takes it in stride and often uses the occasion to do a good deed.

With a reputation for providing shuttle service between the Des Moines airport and Ames, as well as for longer-distance trips, he prolific driver has been missed since temporarily leaving town.

âYou are still alive,â exclaimed a loyal customer joyously on Nacâs social media page. âWas taking bets on if you disappeared. Ha ha. You didnât answer last time we flew into the airport.â

Nacâs availability and willingness to go the extra mile is legendary. He has even been known to drop off packages at the post office after dropping off clients who are in a hurry.

For rides extending outside of central Iowa, Nac prefers 24 hours of advanced notice. But he is willing to help in most anyway possible. He once drove a customer to Chicago on short notice in order to get the person to a job interview on time.

NOTE: Nac isnât currently taking fares through Uber. He has built up a loyal base of customers outside of the service. He says he makes more if people call him directly. Uber can take up to 30 percent of a fare, depending on the particulars. ♦ 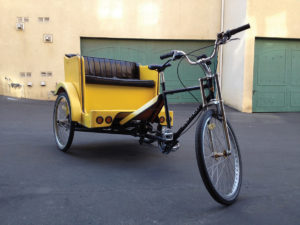 Itâs a bike taxi!… Itâs a rickshaw!… Itâs a pedicab!… Whatever you all it, the three-wheeled contraptions you generally see mostly in the downtown area â often with a Lance Armstrong-looking fellow pedaling furiously to transport two to four passengers who are sitting on a bench-like structure behind him âoffer a quick and an environmentally friendly mode of unique transportation. The Des Moines area pedicab drivers CITYVIEW spoke with declined to be interviewed, preferring to avoid the limelight, but judging from social media posts, the gig is a good one. Selfies include rides with wedding parties, presidential contenders, older ladies and younger ones who are sometimes scantily clad.

A typical ride rickshaw-like vehicle weighs 300 pounds and totes another 300 or more of cargo. Some have electric or gas motors to assist with the lode. New pedicabs generally cost between $3,000 and $4,000. ♦