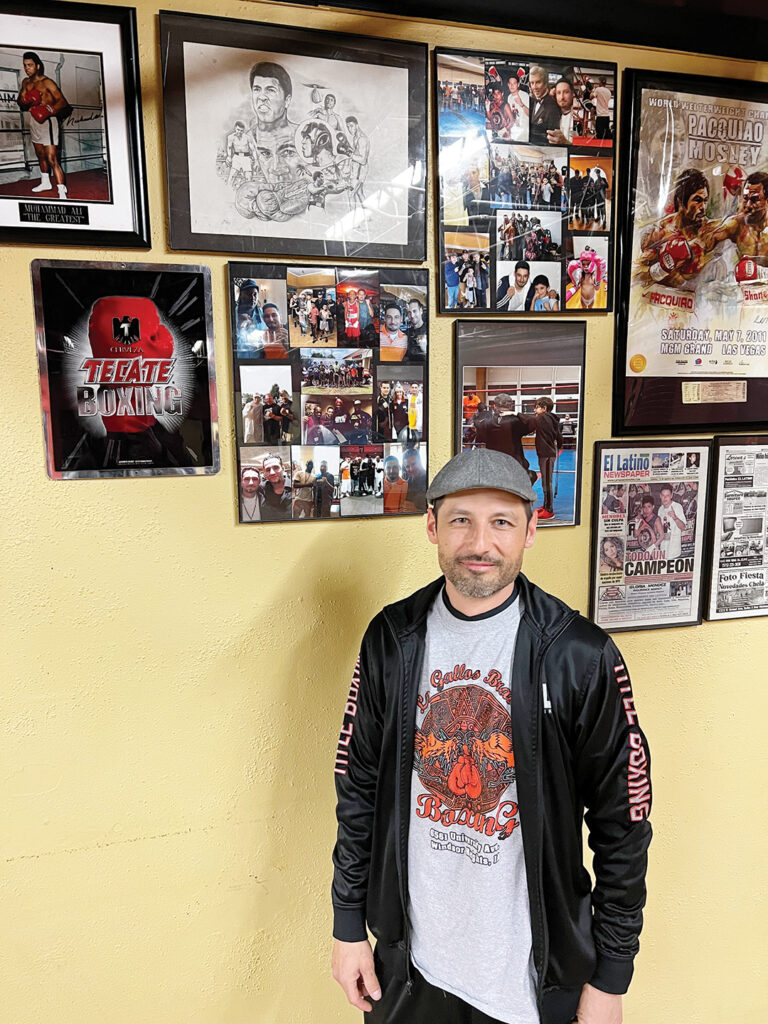 Jimmy Signs has a long-time passion for training kids in boxing. Now his program is growing since he found a gym space.

After work, coach Jimmy Signs opens the gym for two hours. Kids as young as 8 years old stop in at Los Gallos Bravos after school almost every day. They start off with light exercises and the basics and then move up to more advanced work. Once they are ready, the gym hosts sparring matches to prepare them for real matches.

Members of the boxing club have traveled across the Midwest to compete in tournaments in Illinois, Kansas City and Omaha. In Iowa, the team has competed in Davenport, Muscatine and Des Moines. For now, Signs goes to tournaments where his team will be successful, but, as soon as they get better, he will expand to tournaments even farther away. Kids in the club generally have about 12 fights under their belt now. In California, Texas and the East Coast, tournaments are held where kids will have participated in as many as 50, with a match every weekend.

âFor wrestling, weâre great; for boxing not so much,â Signs said of Iowa. âWeâre starting to try to change that.â

The boxing scene is growing in Iowa and in the Midwest. Signs hopes that pro boxing will help bring awareness to the sport. He thinks that exposure to professionals will show kids that the potential is endless.

âYou can be a world champion if you work hard and train every day,â he said. 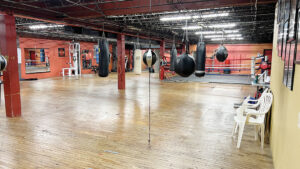 One of Signsâ goals has been to build up the community. He hopes his gym can be a part of that. He has programs that target at-risk and troubled youth. He hopes to take them off the streets and get them into the gym where they can be built up and join a team.

âRags-to-riches stories are what we try to create,â he said.

Signs has had kids in the past who were troubled, but the gym helped turn them around. He mentioned a kid who was involved in gangs; however, he ended up getting with the right people and graduated from Iowa State. Today, he works as an electrical engineer on cars in Detroit.

Some parents might be concerned about the safety involved with sending their child to a boxing club.

âThey think itâs unsafe; itâs totally untrue,â Signs explained, adding that they use proper equipment when they spar â big gloves, headgear and mouthpieces. Each participant is registered through USA Boxing, so they are insured in case of an accident. The gym is also sanctioned under USA Boxing, meaning it is also covered by insurance.

Signs describes himself as a âgym rat.â Ever since the recession in 2008, he had been jumping from gym to gym hoping to continue coaching kids. At one point, he hung a speed bag from a tree outside of his place and had heavy bags hanging outside, too. Signs and the kids would work outside at the dead-end street he used to live on. He would also try to sublease different spaces, but it never worked out because he would have to work on their schedule and their terms. Two years ago, he stumbled across the space he is in today.

âItâs like the guy that gets a Lamborghini. You got to open up your garage and make sure itâs real,â he said.

The owner of Clover Tattoo, which is located above the gym, also owns the space below. For 25 years, a martial arts gym occupied the space before the man in charge retired. By coincidence, Signsâ friend had heard the former martial arts gym owner say that he wished he knew somebody who wanted to open a karate or boxing club. His friend piped in and told him about Signs. Signs thought the gym was perfect.

In recent years, Los Gallos Bravos has grown immensely. Signs remembers nights when he sat in the gym alone. Today, more than 20 kids and additional volunteers are there helping him train.

In order to pay the bills and transport team members to tournaments, the gym relies on $60 membership fees and donations from local sponsors. The gym recently became an official 501(c)(3) so it can accept tax-deductible donations. ♦