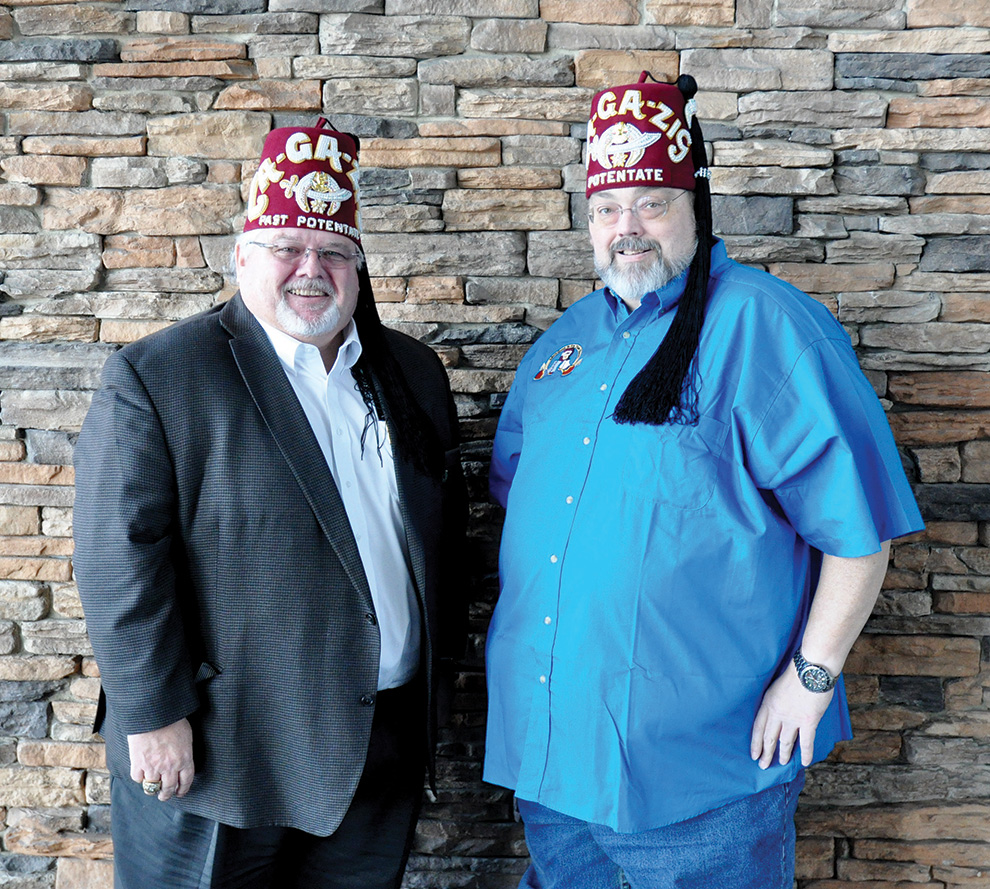 Matzke is a past potentate for the Za-Ga-Zig Shriners and serves as this yearâs circus chairman, as well as in other capacities. The current potentate is Randy Weldon, but you might know him as Mr. Wuzzles the clown.

The fraternal organization might be best known for its distinct style â members wear a red fez or hat to official events, and the local shrineâs Altoona headquarters resembles an Egyptian pyramid â but the Shriners are much more than that.

With a half million or so members worldwide, according to the groupâs website, there are Shriners and Shrine Centers throughout the U.S. and beyond. Founded in New York City in 1872, the organization is composed solely of Master Masons who âadhere to the principles of Freemasonry â Brotherly Love, Relief and Truth.â

The full-grown fellas wearing those âfunny-looking hatsâ are fraternal brothers who strive to support each other while also forwarding the interests of the Shriners Hospitals for Children. These hospitals are frequently referred to as âthe heart and soul of the Shrine,â and helping kids is the driving force for many members. 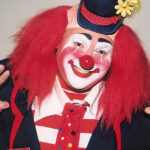 âItâs probably the best care the kid can get,â says Weldon in a sincere tone. âItâs above and beyond what most people can get elsewhere, regardless of ability to pay.â

According to Matzke, the 20-plus hospitals have varying specialties and are situated around the nation to provide care for children with disabilities. That care, he reiterates, is given regardless of the familyâs ability to pay.

The hospitals are in their 100th year, and this is the 150th year of existence for the Shriners. The local chapter in Altoona boasts a strong tradition. When the national organization convened to vote on whether it would begin the push to promote pediatric care, that vote was held right here in central Iowa.

The Shriner hospitals in the Twin Cities and Chicago are the closest such facilities to Des Moines, but starting last year, the Shriners also began an affiliation with Blank Childrenâs Orthopaedics, Blank Childrenâs Therapy Services, Des Moines University and others to bring a state-of-the-art human performance lab for gait and motion analysis. This high-quality specialty care meets a critical need for local children dealing with complex conditions, including cerebral palsy, certain brain injuries, movement disorders, spina bifida or other hard-to-treat conditions or amputations.

Donations play a pivotal role in funding this important mission, but the circus also helps defray the costs. Central Iowaâs local group has promoted its annual Za Ga Zig Shrine Circus every year for seven-plus decades. It had to cancel last yearâs event due to pandemic-related precautions, but it roared back this past January with high-flying motorcycles, lions, tigers and, of course, clowns.

Other events put on by the Shriners include a Champagne and Chocolate Auction, an Outdoor Extravaganza raffle, and family picnics, dances, day trips and other activities.

âMost of the year, weâre having something,â says Weldon.

Some Shriners also belong to specialized units. Weldon and Matzke signed up for the Clown division, which means clowning around at birthday parties, grand openings, nursing homes, schools, or pretty much wherever else a painted face and a big red nose are appreciated.

Most performances are fun, according to both Matzke and Weldon. At least one has marked their hearts forever.

âWeâve even done a funeral,â says Matzke as Weldon nods in remembrance. The little boy with brain cancer had had a special affinity for the clown group. âWe were the pallbearers in our clown outfits.â

Circuses, funny hats, clown suits and helping kids feel better. If you would like to experience this same magic, Matzke says the Shriners are looking to grow.

âTo this day,â says Matzke, âsome of my very best friends are shriners and clowns and people associated with the organization.â ♦

Friday, Feb. 4: Enjoy a hearty Soup Dinner with the Shriners on a cold Iowa evening. Starts at 5:30 p.m. âThe drinks and conversations will last all evening.â Four different soups are on the menu, along with crackers, cornbread and desserts. There is no admission fee, but free-will donations are appreciated. The event is open to the public. For more information, visit www.zagazigshrine.org.