The thrill of the hunt 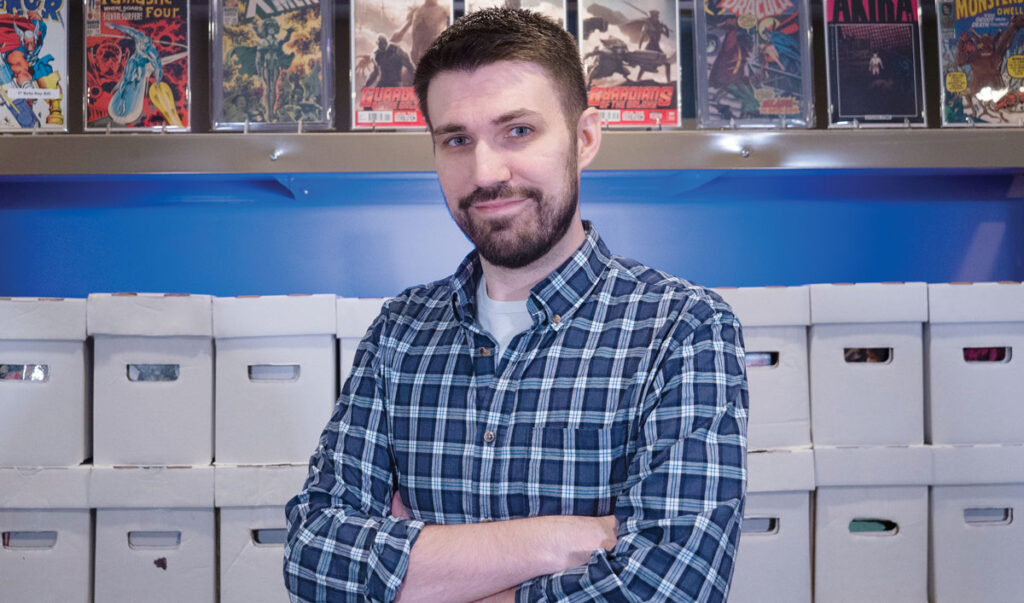 âI buy and sell comics and have a pretty large collection,â says Jeremy Downs. The 34-year-old Des Moines-area resident might be understating reality a bit. âIâd have to get back to you on a count, but probably around 10,000 right now, at best guess.â

Downs buys comic book collections of all sizes. He keeps the books he really enjoys and then sells whatâs left to fund future purchases.

âI try to keep it a self sustaining hobby as much as possible,â he says. âThatâs in addition to shopping at local comic book stores, online and
at conventions throughout the country.â

Fortunately, Downs does all of his collecting with the blessing of his wife, who also enjoys attending shows, conventions and the art of
collecting.

âWe usually make a fun weekend getaway out of the trip,â he explains. COVID has put a damper on their excursions lately, but the husband-and-wife team hopes things start to pick back up at some point during the new year.

âWhen buying collections, I pay as fairly as I can,â he says. âThat means being transparent with the other party about what they have before I make an offer, so thereâs not a ton of surprises on that end.â

Downs often seeks out specific comics for his collection as well. He says itâs not always possible to predict when a comic will go up or down dramatically in price, but heâs lucked out a few times in purchasing a book right before itâs shot up in value â such as his copy of Tomb of Dracula #10: the first appearance of Blade.

âI was just fortunate to buy that book at the right time,â he says.

Collecting has been a passion for Downs since childhood, and not just comic books but cards, toy action figures, music CDs and concert souvenirs have all been his focus at some point in the past.

âI think certain people are just drawn to that thrill of the hunt,â he says, âfinding a prized item youâve been searching for and at a decent price.â

The comic book mania, both reading and collecting, began for Downs in the early 1990s during the comic book boom. He grew up on X-Men comics, and their animated TV show captured his heart, soul and vivid imagination. But once Downs entered middle school, his passion for collecting was diverted to music and attending live concerts. He drifted away from comic books for a time. But can you ever really get over your first love?

âAround 2010 I started getting back into reading and collecting comics again,â he says.

âI definitely couldnât pick a favorite, but Iâm a huge fan of all the early 1960s Timely/Atlas comics illustrated by Jack Kirby, like âTales of Suspenseâ and âTales to Astonishâ to name a couple,â he says. âThose were pre-Marvel, back when a scary monster with a weird name and some interestingly styled lettering on the cover sold a comic. For instance, Groot from âGuardians of the Galaxyâ was first introduced in âTales to Astonishâ in 1960, as a villain. Other than that, whenever I can pick up Marvel books from the 1960s and 1970s, itâs a good day!â

The current global health pandemic has limited his comic book hunting, but it has allowed him time to entertain a different way of enjoying his hobby.

âI recently started a YouTube channel to discuss various aspects of the hobby and connect with fellow collectors across the globe,â he says.

Downs also continues buying books and taking precautions by masking up when meeting local collectors who are ready to sell.

âI could talk about comics all day,â he says. If youâre interested in selling a collection, visit DownsComics.com, or email DownsComics@
gmail.com. ♦