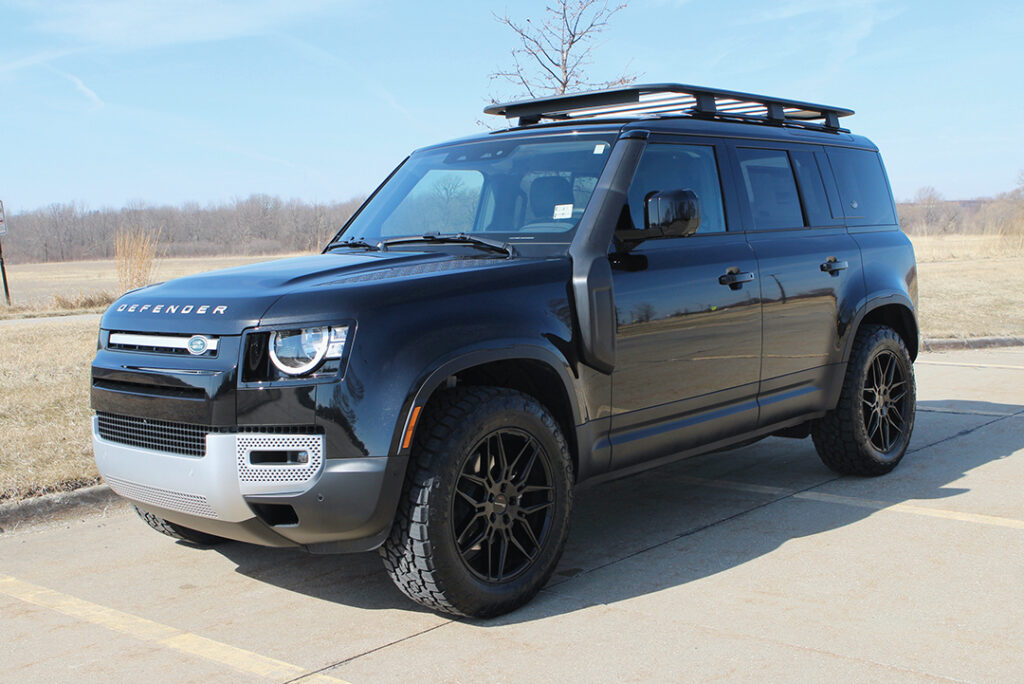 Driving an all-terrain vehicle in the flat roads of Iowa doesnât do justice to test driving all the impressive features of a Land Rover Defender. Even if your journey only involves driving on gravel or across a grassy tailgate area, itâs a solid vehicle to drive.

The 2022 Land Rover Defender 110 S is a four-door, all-wheel drive, with a two-liter, turbo-charged, four-cylinder engine. With eight speeds and 296 horsepower, itâs well known for all types of climates, from the sandy deserts to the rocky Southwest.

The Defender is solid both inside and out. The interior is rugged with exposed rivets, grab bars and other materials made to withstand extreme heat, sun and cold temperatures. Durable rubber flooring means easy cleanup from melted snow, mud and dirt.

The seats arenât typical leather or cloth. These ebony-colored, chequer-finished seats are called âResist.â Itâs a leather-free, tough abrasive-resistant material, which is more durable and contains a lower carbon footprint than traditional leather. 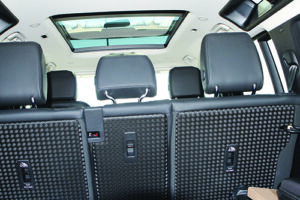 Itâs a little climb getting in, but after adjusting the seat, check the 11.4-inch screen to see whatâs around you. The 3-D surround camera views are notable. These safety features ensure no other vehicle, obstacle, person or hazard is around to collide with you. On the screen, you can see a 360-degree view of your vehicle including whatâs behind it, beside it and on top of it. Itâs like thereâs a filmmaker monitoring your every move.

Safety features are monitoring most everything around you and tell you when danger approaches. I discovered this when I was driving along and a car ahead of me stopped suddenly to make a right turn. On my instrument panel, a yellow hazard sign was flashing âCOLLISION ALERT.â 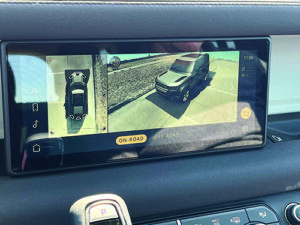 The warning might have well said âHeart Attack Alert.â Was I that close to rear-ending the car? I didnât think so, but it definitely caught my attention. If I hadnât slammed on my brakes, the vehicle would have taken over and applied the brakes. I felt like my driverâs education instructor was sitting next to me, telling my 16-year-old self I should have braked sooner.

Land Rovers were originally considered to be a British version of the Jeep and launched in 1948. Their all-terrain vehicles go through a torrent of all conditions. The Wade program senses underneath the carriage when water approaches a certain wade depth. The electronic air suspension then extends, up to 35 inches. It might not work for an average Iowa puddle, but itâs good to know for unknown flooded areas in an emergency.

The Defender is a smooth ride for a four-wheeler. I imagined it to be bouncy and rough; however, I barely felt any road vibrations. Towering so high above the small cars below, itâs no wonder so many people choose to drive large vehicles. ♦