Tops in reliability, âItâs the best kept secret out there.â 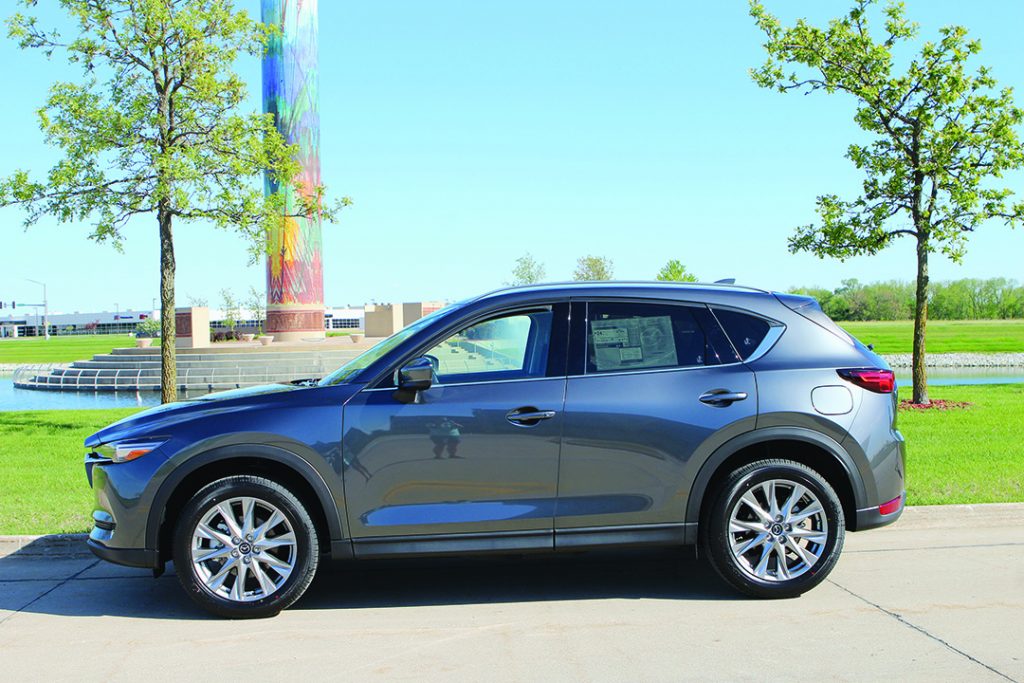 Arriving at the Ramsey Mazda dealership, I thought a Mazda Miata convertible would be a sweet summertime ride in the open air. But like other pandemic-hot items, affordable convertibles are difficult to find. Their last new one sold just minutes before my arrival. Never mind. I found the Mazda CX-5 to be a nice alternative, even if the open breeze came in through the moon roof.

The Mazda CX-5 SUV debuted in 2012. The car I took for a spin, a 2021 Grand Touring Reserve with Signature interior, contained tons of features.

I put it in the sport mode. With a Skyactiv-G 2.5 liter engine, 4-cylinder with turbo boost, it took off quickly. The iActivsense safety technology and blind spot monitoring keep drivers safe with smart brake and rear cross-traffic alerts. 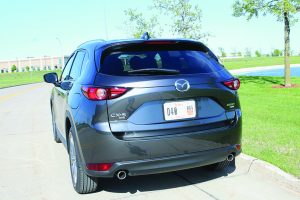 As I went to change the music to a classic rock station, the knob wasnât located next to the steering wheel, like most dials are. Instead, it was at the center console, next to my right thigh, just below the shifter.

âMazda is driver centric,â he explained. âWhen youâre seated in the driverâs seat, the theory is that the driver is the most important aspect in the car. When you put your hand up to reach for the controls, your left hand on the steering wheel pulls it over, causing fatigue and turning of the steering wheel.â

I noticed it was easier to reach down, versus up and over. After turning a few buttons, I was good to go, listening to a Led Zeppelin tune. 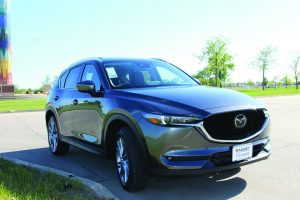 Another feature I liked is that the display screen isnât gigantic like in some SUVs. This one measured 10.3 inches. Even for this baby boomerâs eyesight, I viewed navigation and radio stations just fine, and the screen didnât block the scenery.

The auto hold button is a handy feature when youâre in a drive through, such as Steak ân Shake. Just depress the auto hold button while idling and take your foot off the brake to stretch your hamstrings. Because, if youâre craving a shake and fries these days, it might take a while.

Because of various safety features, Consumer Reports named Mazda the top best-selling car brand for 2021. Mazda also ranks tops as the most reliable new car. Itâs not just this year; theyâve had the distinction of being the top-selling brand since 2017. 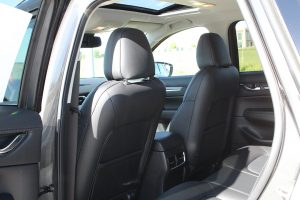 With all the technology, comfort, safety features and infotainment systems â SUVs are charging a premium for these extras. As I glanced at the sticker on the window, I was pleasantly surprised. All this for $37,630? It might be because Mazda partnered with Lexus, giving it a luxury vehicle feel, but with a less expensive price tag.

As the salesman said, âItâs the best kept secret out there.â ♦