Back to school for businesses

Students returning to a daily school routine with sports practices and extracurriculars is a headache felt by parents and employers alike. Employers who depend on teenage staff during the summer months are left helpless when classes are back in session. Some employers must change and adapt their normal business operations when fall comes. Nonetheless, student employees are still an essential part to many metro Iowa communities. 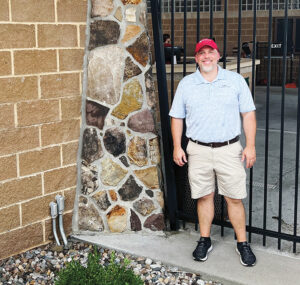 Ryan Harkema is the Ankeny parks and recreation superintendent. Along with the pools supervisor, he manages the Ankeny pools staff. Photo by Colson Thayer

Ryan Harkema started working with Ankeny Parks and Recreation in 2015 with a background at the YMCA. Along with the Ankeny pools supervisor, he oversees staffing for both of Ankenyâs pools: Cascade Falls Aquatic Center and Prairie Ridge Aquatic Center.

The pools department depends on a large number of student-aged employees to keep both pools open. The pools employ about 190 people each summer in positions that cover admissions, concessions and swim instruction and supervision.

About 90 of those employees are lifeguards for both pools. For full operations, the pools need 32 lifeguards a day. Without enough staff, the pools must make sacrifices and cuts to some of their amenities. For example, the 2022 season saw a 450-person limit at the Prairie Ridge Aquatic Center.

âAlmost 99% of the staff are all focused on that same [school] time frame,â Harkema said, explaining that the summer season is cyclical. âPeople are a lot more available in June and want to work. By the time August comes, the college people go back to collegeâ¦ and then all the practices start.â

The pools begin their annual hiring and recruiting process in February. COVID-19 had drastically changed the pool scene in 2020, and people were cautiously returning in 2021. While demand for 2022 was up, the supply of lifeguards and staff was not. Harkema said they didnât receive as many applications as they had hoped.

In order to meet community needs, the pools created new solutions to attract and retain employees. New this year were two different incentives. The first was a $25 stipend for those who wore swimsuits, namely, lifeguards and swimming instructors. The other was a $125 reimbursement for lifeguards who took a lifeguarding class, were in good standing, and worked more than 200 hours over the summer. These incentives were to position the pools next to other Ankeny employers. Many companies that employ students will provide a free uniform or training, but the pools had previously required those investments from their employees.

The Ankeny pools complete 3,050 swim lessons within about two months. The eight-week course finishes during the first week of August each year. At that point, many college students decide to leave the pool and focus on returning to campus.

Harkema explained the frustration: â[College students] leave me and go drink [their] beer and play [their] sports. The 15- and 16-year-olds go to high school here.â

The poolsâ youngest employees stay on through the end of the summer and play a pivotal role in maintaining operations. That is why the pools began hiring 14-year-olds this year. Meanwhile, one-third of the poolsâ lifeguards are 15.

When swim lessons end and college students leave, a drastic number of employees are gone. Ankeny is fortunate enough to have flexibility when it comes to having two pools. The city closes down the smaller aquatic center, Prairie Ridge, at the beginning of August. When Ankeny public schools are back in session, Cascade Falls switches to weekends only through Labor Day.

Staffing continues to be a challenge across all industries in a post-COVID world. Harkema mentioned their 72% retention rate as a point of pride.

âThe incentive there is weâve been bumping up raises, and they also get a return each year.â

Staffing the pools has become increasingly difficult in recent years. Working at the pool for the summer is a job designed for students, but student responsibilities continue to build. Harkema believes the biggest change he has seen in the industry is that todayâs youth are more involved: practices are now year-round, and there is more happening in young peopleâs lives. 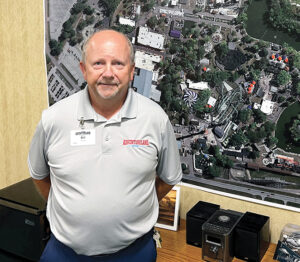 Bill Lentz is Adventurelandâs general manager. He oversees more than 1,000 employees during peak season, 600 of whom are student-aged. Photo by Colson Thayer

Central Iowaâs biggest destination for thrills and entertainment employs more than 1,000 people during its peak season. More than 600 of them are between the ages of 14-22. With that many student-aged employees, Adventureland must operate in sync with local school schedules.

âGoing back to school is a challenge, especially for seasonal parks like ours,â said Bill Lentz, Adventurelandâs general manager. âWe stay open as long as we can.â

Aug. 21 was the last day of daily operations for the park in 2022. From there, they only operated on the weekends. This year, park management hopes a large number of student employees will work weekends this fall during the new Phantom Fall Fest. However, Lentz recognizes that many of them will not want to work. 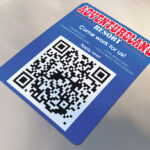 âA lot of them â once they go back to school, theyâre done working,â he said.

Park attendance numbers go down in the fall as well, so Lentz does not need to worry about having every game or food stand open.

Adventureland was more successful in its recruitment practices this year than they were in 2021. Incentives for employees change from year to year, but after Palace Entertainmentâs acquisition of the park, the base wage increased. The park was also more aggressive in recruitment this year. They worked with the schools to communicate to students about summer opportunities at the park. Another factor that helped find enough staff was employing 14-year-olds. The practice has been around for a few years but has been increasing. 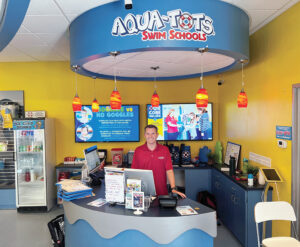 Ray estimated that 95% of his staff are between ages 14-19. Those employees have roles as both swim instructors and front desk staff. Ray recognizes that his staff members are heavily involved in school and extracurriculars at both the high school and college level. Around mid-July, Ray begins to get a sense of what his staffâs schedules will look like in the middle of August. This timeline gives Ray two to three weeks to either hire more staff or switch schedules.

The swim lesson schedule at Aqua-Tots is permanent. When the school year comes, the classes in the morning are taught by those who arenât in school; otherwise, it is the responsibility of the manager to cover them. Most lessons are taught weekday evenings and weekends, when students are available to work. Typically, in the winter, Aqua-Tots does not have enough staff to meet demand and may consolidate some of its scheduling.

Coinciding with back to school, lesson attendance numbers do decrease in the fall.

âWe see about a 7% decrease in the fall. This is due to school and fall activities starting up,â said Ray. âWe see a slight increase from that in the winter, as most parents want to have their kids ready for summer.â

Summer is the most popular season, requiring the most staff. To meet the demands of the summer months, Aqua-Tots hires seasonal staff.

âNormally what happens is we start with anywhere from three to five instructors, and by the time training is done, we either have three or four instructors,â Ray said.

When considering the worth of hiring employees who may only work for a few months, Ray said, âIf I know we have someone who is gone during the school year, but we know they do so well in the summerâ¦ then, yes, itâs worth keeping them on.â

For Ray, the biggest issue is that the majority of the staff does not prioritize work over anything else. School, sports and extracurriculars often take precedence and push studentâs part-time jobs out of the way.

This summer, the West Des Moines location was overstaffed, which created a headache when it came to giving employees their desired hours. However, the fall will bring the opposite problem.

âFor the management side, it is a struggle just because you never know how many are going to up and leave.â ♦