Where are the cars?

By Colson Thayer and Tammy Pearson

Consolidation and COVID-19 have driven changes in the automotive industry both nationally and locally.

When Mark Hummelâs great grandfather opened a Plymouth-DeSoto dealership in Beaverdale in 1929, his was not an anomaly. Small, family-owned dealerships were the norm, with many towns having multiple locally owned lots in the community. When consumers wanted a new vehicle, they often went to the same nearby dealership â and the next generation of the family went there as well.

Hummel, of Hummelâs Nissan, spoke at a recent Johnston Rotary Club meeting about how the industry has changed since those days when many types of businesses were âmom and popâ operations. Today, many of these once family-owned businesses â including car dealerships â have disappeared or closed due to consolidation, often by nationwide companies.

Today, about 200 auto dealerships operate in Iowa, Hummel said, and only a few remain in the same families that opened them generations ago.

Consolidation is only one trend reshaping the way car dealerships operate. As with other businesses, they have been impacted by COVID-19. For many, the pandemic has forced them to adapt and change some of their practices. Some of those changes have been the direct result of parts shortages for repairs and for the manufacturing new vehicles, said Scott Politte, president of Stivers Ford Lincoln in Waukee.

In particular, the shortage of global semiconductors, otherwise known as âchips,â has slowed manufacturing. Not only are those parts in low supply, but nearly all replacement parts are, too, resulting in almost 30-day wait times for auto repair services to even receive the parts they need, Politte said.

The parts needed for repairs are often on backorder, which not only delays progress but can also result in more work for the service advisors at the dealerships.

âThe workload is two to four times more than it should be,â Politte said. Sometimes, parts are delivered damaged, which delays the process even more. By the time a car is finished, the service advisors have often had to contact the owners three or more times, he said.

The pandemic affected manufacturing, agreed Carl Moyer, president and owner of Karl Chevrolet in Ankeny. With a significant part of the workforce not able to work, a shortage of parts and vehicles developed and continues.

âI talk to the people who are supposed to know â the highest up the chain you can go to â and Iâm given an answer, but itâs not the same answer the following day.â

The supply process may ânever be back to normal,â said Moyer. He and others in the industry have changed their business plans to accommodate the changes. âWeâve learned some lessonsâ¦ and shifted our way of thinking,â he says. The result is that a smaller inventory will likely be stocked as logistics for ordering and receiving parts improve. 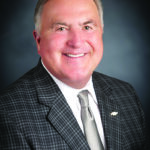 Parts inventories have decreased, and so has the inventory of cars available for sale.

Pre-pandemic, consumers were used to driving past car dealerships full of new inventory on the lot. That is no longer the case. Instead, the selection has shrunk, said Politte. This lack of market vehicles can be attributed, in large part, to a shift in how cars are sold. Rather than coming to car dealerships to buy cars from the lot and drive off with them, buyers will go to the dealerships, look at the market vehicles, and place an order for their car. Politte said about half of the cars delivered to Stivers are sold before they arrive on the lot. From there, customers have the option to have their cars delivered to them or pick them up from the dealer.

âYesterday, I was at the barbershop, and the barber asked if we were going out of businessâ because so many cars on the lot had a âsoldâ sign on them, said Moyer. Those cars had been ordered, and the dealership was preparing them for delivery.

In the past, if the factory had a buildup of inventory, âthey would ask us (dealerships) to take extra inventory. Weâre now learning we donât really need to have excess inventory,â said Moyer.

Hummel told the Rotary Club that the dealership had 105 new cars on the lot instead of the usual 500 or more that used to be stocked due to disruptions in manufacturing and the supply chain. Even if those disruptions are resolved, he said he doesnât expect to return to pre-pandemic inventory levels. As car production becomes connected more to the demand created by orders, excessive and costly inventory will not be needed.

Access to the Internet and online resources has changed consumer preferences as well, said Politte. Customers often come to the dealership knowing exactly what they want but desire to see it in person before they make a final decision. Customers are coming to the dealership better informed than in the past, he said, adding that they can inquire online and compare pricing, models and features.

Consequently, buyers who have done their research are willing to shop from long distances to get the vehicles they want.

âThere have been more out-of-state sales in the last 18 months than the past five years combined,â Politte said. 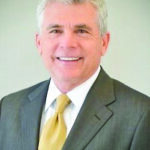 An increase in Internet sales has impacted inventories at car dealerships, but it has had other effects as well.

Walk-in traffic has declined significantly over the years, said Hummel, who said it wasnât uncommon 10 to 15 years ago for customers to visit a dealership 10 times before making a purchase. Today, customers have done their research and narrowed their choices to one or two vehicles and come to the dealership ready to buy. Sometimes the customers know more about the cars than the salespeople, he said. In response to these technology-savvy consumers, Nissan has created an online shopping process that allows customers to complete much of the paperwork online.

âOnline service has been gaining momentum for some time,â said Moyer. Customers can go online and âbuild your own car,â which enables them to choose what features they want in their packages and not pay for add-ons they donât want.

âOnline shopping has been good for us,â said Moyer, noting that his dealership has been continually adding staff to help people online over the last four to five years. 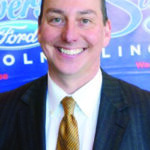 While Kelley Blue Book reports that some dealerships have moved to online sales only, with the dealership acting more like a delivery and pick-up location, local dealers say their customers still want the personal touch.

No matter how much one can review engine specifications, seat-covering options, cupholder locations, trunk space, and other features, no amount of online surfing and information gathering can replace the experience of getting behind the steering wheel and feeling how a vehicle responds and how comfortable it is. Hummel, Politte and Moyer all agree that itâs the experience that continues to bring customers through the doors of their dealerships.

Indeed, many people still like to buy their cars the way people have for generations: in person. Politte reports only a slight increase in sales online for Stivers.

Hummel agrees, even with online buying options, the vast majority of buyers still show up at the door at some point â though they are more informed and often more ready to buy.

Bottom line, while the industry is undergoing changes, many spurred by the pandemic, consumers are still looking to dealerships for vehicle knowledge, industry expertise and to hand them the keys for a good, old-fashioned test drive. ♦

Electric car sales on the rise

The manufacturing of electric cars is on the rise, and they are arriving on dealership lots. The current talk surrounding electric vehicles is about having the resources in place to sell them. One of these concerns is the availability and access to electric vehicle charging stations for consumers.

âDo we have the capability to sell them?â is something that Scott Politte of Stivers Ford Lincoln in Waukee has to ask of his dealership.

While the talk surrounding electric vehicles is increasing, the actual production and sale of them do not match. Only a small percentage of the cars manufactured by Ford are electric, and, according to Politte, about 99.5% of the cars sold by Stivers still have an internal combustion engine.

While the number of electric vehicles will continue to increase, Mark Hummel of Hummelâs Nissan said he doubts that we will see half of the fleet being electric by 2030. That is due partly to a Lithium shortage and a need for improved battery technology, he said, adding there are also concerns over what to do with the old batteries and the cost of replacements, as well concerns over the range and availability of recharging stations. ♦