Pension plans are almost a thing of the past as employers shift to defined-contribution plans such as the 401(k). 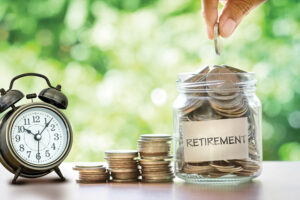 Today, it may be hard to believe that, at one time, families made ends meet on one income. Usually, it was Dad who supported the family, and, back then, he often spent his work years at one company. Most employees made it to their retirement party to receive a gold watch or some other gift for having dedicated 30, 40 or even 50 years to the company. Many clocked out for their last shift and looked forward to the companyâs pension plan supporting them for the rest of their years. While not all companies chose to provide pension plans, many did, which provided an incentive for employees to stay with a company, creating a relatively stable workforce.

Today, it may be hard to believe that, at one time, families made ends meet on one income. Usually, it was Dad who supported the family, and, back then, he often spent his work years at one company. Most employees made it to their retirement party to receive a gold watch or some other gift for having dedicated 30, 40 or even 50 years to the company. Many clocked out for their last shift and looked forward to the companyâs pension plan supporting them for the rest of their years. While not all companies chose to provide pension plans, many did, which provided an incentive for employees to stay with a company, creating a relatively stable workforce. 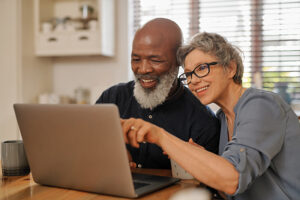 As the number of years people spend in retirement has increased, traditional pension plans became increasingly burdensome to companies offering them. Few companies still have them, and most of those have been frozen.

Having a traditional pension plan â a defined-benefit plan â meant that one could expect, upon retirement, to receive a regular pension check of a certain dollar amount, often based on a formula based on salary and years of service.

The plans were âintended to keep employees at a company for the course of their career,â said Loren Merkle, CFP, and founder of Merkle Retirement Planning.

Employees retiring under a pension often could count on monthly income near 90% of their pre-retirement earnings, said Jay Pearson, CFP, and a partner at Wealth Advisors of Iowa.

Federal insurance protected those plans, so workers with this benefit were confident that their pension would be there when they were ready to collect. They could anticipate what their pension check would be and plan accordingly.

Today, defined-benefit plans are rare, having often been replaced by defined-contribution plans such as the 401(k).

âPension plans are dying plans,â said Pearson. At one time, 80% of employees had pension plans. Today, that number is âin single digits as plans are being disbanded or frozen,â he says.

Major metro employers such as Principal, John Deere and GuideOne Insurance have frozen their plans, said Pearson. No new people can join the plans and those on the plan will receive the monthly calculation made at the time the plan was frozen, he said.

Some companies are switching their âlegacy defined benefit plans to cash balance plans,â said Merkle. The monthly benefit at the time of the switch determines the cash balance, and employees can then take an annuity payment, take the cash or roll it over.

Today, it is the defined-contribution plan that is the standard for those employers who choose to offer a retirement plan.

It is different in that it âdoes not promise a specific amount of benefits at retirement.â Instead, âthe employee or the employer (or both) contribute to the employeeâs individual account under the plan, sometimes at a set rate, such as 5 percent of earnings annually. These contributions generally are invested on the employeeâs behalf. The employee will ultimately receive the balance in their account, which is based on contributions plus or minus investment gains or losses.â www.dol.gov/general/topic/retirement/typesofplans

The bottom line is that defined-contribution plans are much less risky and costly to businesses because they shift the burden of saving for retirement on the employee.

The demise of the defined-benefit plan

Defined-contribution plans have risen to the forefront not simply because they are less expensive and easier to manage than defined-benefit plans. The traditional pension system collapsed for a number of reasons.

Up until the 1980s, defined-benefit pensions were the most popular retirement plan offered by employers, reports Investopedia. Today, only 17% of private-sector workers are covered by one, according to the Bureau of Labor Statisticsâ 2018 National Compensation Survey. And that number is expected to continue to dwindle as those companies that still have the traditional pension plans struggle to finance them.

USA Today reports that ânearly two-thirds of pension funds are considering dropping guaranteed benefits to new workers within the next five years, according to a human resources consulting firm that studied the matter.â www.usatoday.com/story/money/2019/12/10/corporate-pensions-defined-benefit-mercer-report/2618501001/

As more employees retire, a pension fund must grow accordingly to cover the increase in costs. Put simply, pension funds are invested, and, if the return isnât covering the costs of the checks being sent to retired employees, the fund is losing ground.

âDespite gains in the stock market this year, U.S. pension plans are near their worst financial state in two years, according to the new report by Mercer, which casts a spotlight on the escalating cost of past promises to employees,â reports USA Today. âBy late 2019, the average pension fund had 85% of the funds necessary to meet its obligations over time due largely to low interest rates, according to Mercerâs 2020 Defined Benefit Outlook.â

Considering the struggles, Mercerâs outlook suggested that 63% of companies with defined-benefit pensions âare considering terminationâ of the plan in the next five years.

Some major companies have taken steps to end their traditional pension plans. USA Today reports that General Electric âwould offer lump-sum pension buyouts to about 100,000 former U.S. employees who have not yet begun receiving their pensionsâ and âfreeze pension benefits for about 20,700 salaried pensioners at current levels.â

The company will launch a new 401(k) plan at the start of 2021, contributing up to 8% of employee salaries, if employees contribute 6% of their salary, reports The Wall Street Journal, adding that FedEx rival, United Parcel Service Inc., closed its pension plan to new workers in 2016.

COVID-19 may have sped up the decline of the traditional pension plan.

âPensions and other retirement-benefit programs have struggled for years to figure out how to close the gap between the assets they have on hand and the cost of benefits they have promised to pay out in future decades. Their concerns continued to grow as investment returns fell,â and, âthe pandemic is adding urgency to that long-term problem,â reports The Wall Street Journal.

Exacerbating the problem are low bond rates, âmeaning that fixed-income portfolios, traditionally the bread and butter of pension funds, will return little. Together, those factors are pushing retirement-fund managers across the country to take action to keep shortfalls from growing.â www.wsj.com/articles/fedex-closes-pension-plan-to-new-hires-11574112527?mod=searchresults&page=1&pos=1

While many people retiring currently have the fortune of retiring with a pension, the retiring population will increasingly not have a pension to fall back on, says Pearson. And even those who have worked for companies that offered 401(k) plans, have limited retirement funds, he says.

âIt is staggering the number of people who take money out of their 401(k) plans,â says Pearson. Many also do not contribute to plans made available to them or do not fully contribute. âThe deficiency in saving for retirementâ is leaving many people facing the prospect of little more than Social Security income when they retire. âItâs a huge problem,â he says.

Getting people to adequately save for retirement is âa struggle, especially for lower wage workers,â says Pearson. And the government is taking notice of the looming number of workers who will be retiring without retirement funds. Laws have been passed to provide businesses incentives to offer retirement plans and more legislation is being discussed to âhelp workers save even more,â he said.

âWhat I see, is if you give the choice to people, retirement savings are not on the top of mind,â says Pearson, adding, âand Social Security is not enough.â

Why offer retirement plans at all?

Businesses arenât required to offer any kind of retirement plan for employees. So, why do any do so?

Businesses have some incentives to offer retirement funds â beyond good will toward employees.

Businesses are offered some tax benefits to offer a plan, said Merkle. Some costs such as set up and contributions are tax deductible and some tax credits are offered as well, he said.

âThe best a person can do is find a company with a higher 401(k) contribution,â US News advises. https://money.usnews.com/money/retirement/401ks/articles/companies-with-the-best-retirement-plans

When a company sets up its 401(k), it can determine the type of match it will offer to employee contributions. Some companies offer dollar-for-dollar matches within certain boundaries, while others offer a partial match, perhaps 50 cents on the dollar up to a certain amount.

As employers vie for new hires, some are turning to higher matches in order to recruit and retain employees.

The best type of retirement plan for a business to offer depends on a number of factors that may differ from business to business. Business owners should review their options and get expert advice before deciding.

The Department of Labor identifies these types of retirement funds: www.dol.gov/general/topic/retirement/typesofplans

A 401(k) plan allows employees to contribute some of their earnings into a savings plan, with employers offering a partial or dollar for dollar match up to certain limits.

For companies with variable income, a profit-sharing plan may be a good option. These plans accept contributions at the discretion of employers and typically do not require a certain amount of contributions each year.

ESOP is a form of defined contribution plan in which the investments are primarily in employer stock.

This defined-benefit plan promises a benefit in terms of a stated account balance. Typically, a participantâs account is credited each year with a âpay creditâ (such as 5 percent of compensation from his or her employer) and an âinterest credit.â When a participant becomes entitled to receive benefits, the benefits are defined in terms of an account balance.

For more in-depth information about choosing a retirement plan for a small business, visit https://www.dol.gov/sites/dolgov/files/ebsa/about-ebsa/our-activities/resource-center/publications/choosing-a-retirement-solution-for-your-small-business.pdf.

These retirement plans, in contrast to the traditional defined-benefit pensions that promised a secure, predictable check to retirees, offer greater protection and flexibility to businesses. While they shift the burden of retirement costs from the business to employees, they also provide a business with an opportunity to attract â and retain â employees by offering a more attractive retirement plan than their competitors. ♦