Get while the gettin’s good

Seasonal-business owners explain the feast or famine nature of their industries. 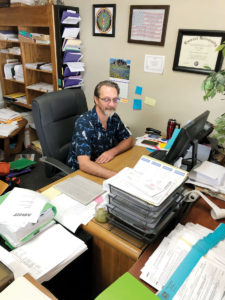 Brian Bowley, an accountant at
Poemanâs Tax Prep and Accounting
in Des Moines, works at his desk
where heâll spend up to 80 hours a
week during tax season.

Dustin Beener knows that when fair season hits, heâll hardly see his wife and son and will likely only get a few hours of sleep each night.

Beener will spend nearly every waking hour and then some at his familyâs concession stands at the Iowa State Fair,
Nebraska State Fair and Tulsa State Fair from the end of July until October.

Heâs the fourth generation of his family to operate Hardenbrook Concessions, which was started by his great grandparents at the Iowa State Fair in 1913. The family has operated concessions for about 50 years at both of the other fairs.

A seasonal-business owner has challenges that other business owners do not, say those who work in the business.

âYouâre always learning,â says Beener, whose uncle Elston Hardenbrook and mother Deborah Hardenbrook, who have since died, and his father Bob Beener ran the business before he took over.

Those who operate a seasonal business share the following tips:

The family has two days to tear down their stands in Iowa and two days to set up in Nebraska before theyâre at it again. In Nebraska, Beener sleeps an hour or two more, and in Tulsa, he can get about four or five hours because
the fair hours arenât as long.

âOnce you get back and your body knows itâs done, I usually get a bad cold because your body and mind just shut down,â he says.

Joel Bryan, the co-owner and vice president of Seven Oaks in Boone, says he can count on one hand the number of times in the 22 years the business has been open that heâs left before Seven Oaks closes to the general public. Most employees understand theyâll be needed to work, especially during peak season from December through February. Christmas break is the busiest week all year. Even then, Seven Oaks is only open about 40 hours a week, so thatâs how many hours most employees will work.

Brian Bowley knows heâll work up to 80 hours a week from mid-January to April 15 as an accountant during tax season. He stays busy throughout the rest of the year conducting payroll and accounting operations for Poemanâs Tax Prep and Accounting in Des Moines.

âItâs just understood that home life is going to suck during that time,â Bowley says, adding that if he wants to go on vacation or take time away, he has to do that outside of tax season.

Clayton Garrison, owner of Norwalk Seasonal Services, says itâs difficult to quantify the number of hours he works, though he would estimate it to be more than 60 a week. During the off-season, he tries to reset and do some prep work for his business, work out and spend time with his family.

âI like to go to the Y and work out during my off season,â he says, adding that heâd like to be able to do that year-round and is considering how he can make it possible.

Garrison starts his day between 5 and 7 a.m. when he does computer work. Then itâs on to job sites and to meet
with potential customers for bids until between 5:30 and 6 p.m. He tries to have a few hours of family time before
heâs back at his computer from 9:30 to 11 p.m.

He reserves Sundays for family time with his wife and their two children and to go to church together. Garrison says itâs taken some time to find a balance between work and family. His wife goes to work early, and he usually gets his kids to daycare or school. He tries to keep evening hours open for family time, too, and to wait until everyone goes to bed before he works again.

âYou have to be intentional about your time, and you have to set your priorities and stick to those because people will call at 7 in the morning and 9 at night,â Garrison says. âIf youâre going to answer your phone, thatâs going to affect your family.â 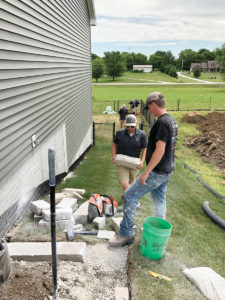 Human resource experts recommend business owners begin the search for seasonal employees months in advance.
Beener needs between 50 and 75 workers each fair season to operate six stands in Iowa, five in Nebraska and nine in Tulsa. A lot of the family members work at the stands, but they still need to hire extra workers.

âThe biggest challenge is not having full-time employees that you keep all year long,â he says. âEvery year, I depend upon friends and family who have done it in the past and hopefully come back and help us out. Itâs such hard work with the long days and the heat and the grease. For some people, itâs not in their blood. But for some people it is, and they come back every year, and they become family.â

Ron Haynes, who works in marketing and is president of the club at Cuttyâs RV Camping Resort, says finding employees is one of the most difficult parts of running a seasonal business.

During the season from April 1 to Oct. 31, the campground employs between 45 and 50 people. That drops to five full-time employees who work year-round. Cuttyâs relies on retired individuals and college students to work in the restaurant and store, to perform grounds and general maintenance, and to clean units.

âThey usually work something else in the off-season, or the young people go back to school,â Haynes says.
Seven Oaks also hires a lot of high school and college students and has a 70 percent return rate with employees from one ski season to the next.

âEverybody knows that going into it,â Bryan says of the work expectations during peak season. âEverybody gets excited for that.â

Still, Bryan says it gets more difficult to hire temporary workers because there is a high turnover rate.

âWorking at a ski area sounds awesome, and then when you get out there and itâs negative 10 or 12 with a windchill, you start to question it,â he says.

Seven Oaks uses word-of-mouth and social media to advertise its openings. The company brings in between 80 and 100 prospective employees for orientation sessions and hires almost every day of the week, Bryan says.

âObviously it gets tougher because everyone has bills year-round,â he says.

3. Find ways to make money in the off season 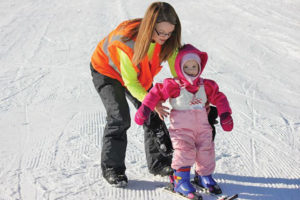 Beener spends most of the year repairing and replacing equipment for state fair season. The business provides concessions at a few music festivals and another event in May, June and July in order to make money to pay for contracts and buying goods and other items for the stands.

âThat makes us money to be able to put money in to the state fair stuff,â he says.

Beener removes snow from November through April when he isnât working the concession season.

Outside of ski season, which is 70 percent of the companyâs business, Seven Oaks operates canoes and kayaks, does float trips, has paintball and a gladiator self-challenge, and hosts events, Bryan says. Seven Oaks operates its summer season with 30 staff members compared to about 100 during peak season.

Garrison balances out his landscaping business with operating a snow removal operation during the winter months. Sometimes this means more work; sometimes itâs less when there isnât much snow.

4. Take vacation, time off in the off-season

Most employees at Cuttyâs can work as many or as few hours as they want, with many of the retirees working 20 to 30 hours a week. They work during the camping season and then travel or go south for the winter, Haynes says.

Beener says he knows heâs unable to take off any time from the end of July through October.

âYou kind of have to pick your vacations around your slower times,â he says.

The Beener family does most of their family activities together during spring break or in June, when Beener and his wife, Chris, and son, Dakota, traveled to San Diego to visit family.

âItâs definitely a sacrifice for my wife and son,â he says. âMy wife is a champ and takes care of everything at home.â

The Garrisons travel when business is slow. Garrison and his wife went on vacation in March, and they try to do something as a family in summer before itâs too busy.

âWeâve made a joke in the Hardenbrook family that nobody dies during the fair time,â Beener says. âEveryone knows this is full time, and thereâs no time for anything else.â ♦