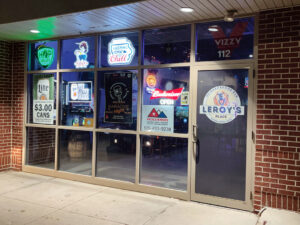 A former coffee shop in West Des Moines has transformed into a cozy neighborhood pub.

LeRoyâs Place is located near the corner of 50th Street and EP True Parkway at the former location of Timbuktu. The place opened in July 2022 and includes easy access to the Jordan Creek bike trail. If youâre a biker, this trail connects to the rest of the Central Iowa Trail System, so keep this in mind for one of your bike and drink stops. 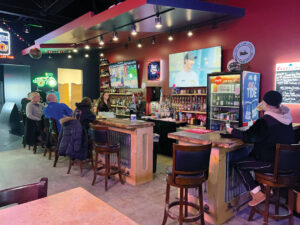 A big draw is the sports. With the NFL Ticket on weekends, patrons can choose from 10 different TVs. Itâs not just the Cyclones or Hawkeyes â theyâll support whatever team is playing.

We arrived during happy hour, which runs 3:30-6:30 p.m. Monday through Friday, with $1 off well drinks and domestic beers. Or return for Sunday funday, with happy hour all day long.

The prices are decent for the suburbs. Their well vodka, Gotcha, is surprisingly tasty and a few bucks cheaper than Iowaâs best-selling vodka for 2022, Titoâs. Gotcha is Iowa-based, and the vodka is made from 100% Iowa corn. I grew up on a farm, so supporting farmers is important. If drinking vodka helps farmers, Iâm all in. 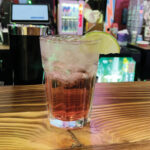 The menu offers a couple dozen food items, including wraps, sandwiches, salads, burgers and pizza. Prices for entrÃ©es run from $8.50 to $13. Homemade pizza costs $12 to $20. The taco pizza with a mound of toppings and abundant lettuce made it seem like a healthy choice. Itâs like a salad, right?

As the former owner of Mac Shack, Smith plans to offer some of her more popular pasta dishes to keep the name going. Hereâs hoping they bring back the buffalo mac and cheeseâ¦ hint, hint.

Looking to sing? Then stop by on Saturday nights starting at 9 p.m. for karaoke. If youâre a sing-in-the-shower-only type of person, try your hand at a video game instead. Just remember to applaud your very talented friends when they take the mic. 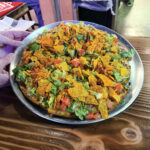 This spring, theyâll be adding a patio where the drive-thru used to be. Occasionally, LeRoy makes his appearance as a four-legged mascot, begging for some head scratches and willing to snap up any leftovers.

If your buddies want a West Des Moines neighborhood bar, suggest a gathering at LeRoyâs. Itâs a great halfway meeting stop for friends between the Jordan Creek Mall area and Valley Junction. ♦