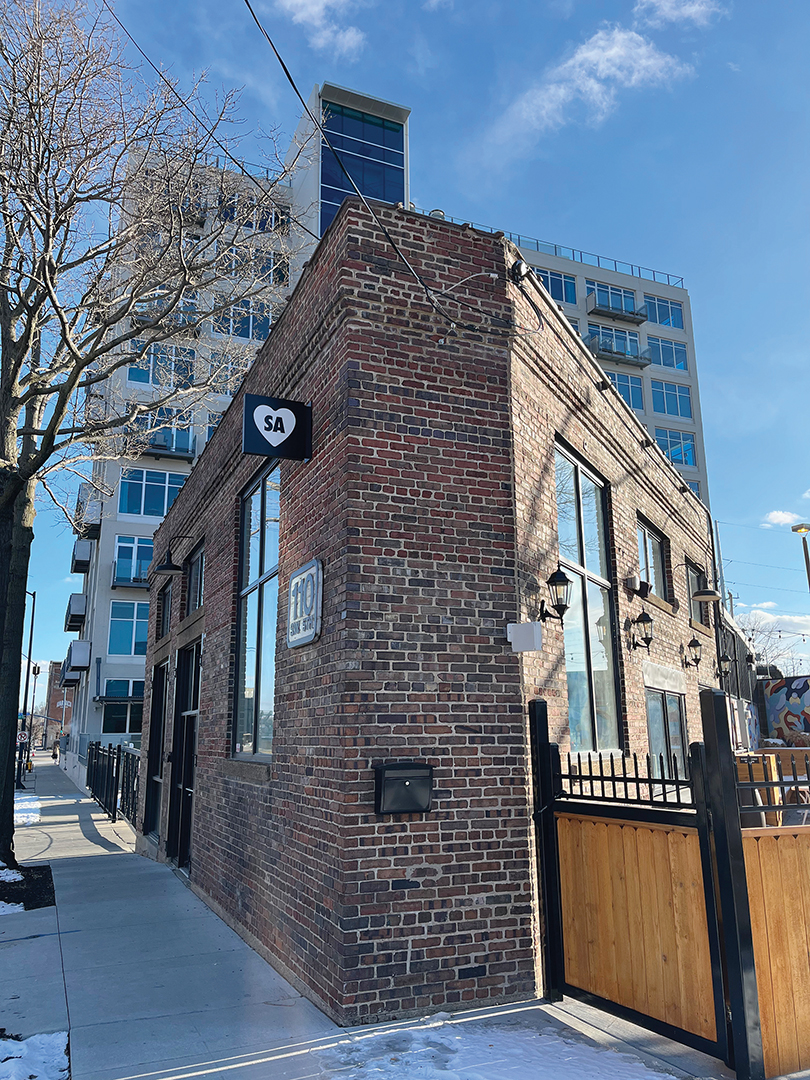 A century-old boiler room in downtown Des Moines is the latest to become a cocktail and patio bar â and itâs the envy of local downtown historic developers. After Des Moines Does Things (DMDT) hospitality group announced it was purchasing a building at 110 S.W. Fifth St., other developers lamented about how they wished theyâd discovered it first.

âItâs like they were secretly admiring our bar,â said Megan Hanson, DMDT events and sales manager. âSo, thatâs how they came up with the name: Secret Admirer.â

The nearly-triangle-shaped brick building was a former boiler room for the train station just across the street, then later served as a bail bond office.

âPeople will come in, looking for the bail bondsman. Iâve talked some into staying for a drink,â said Hanson. 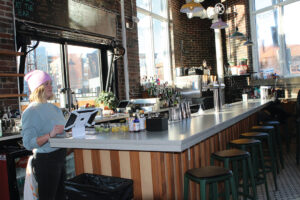 You wonât see any neon beer signs. Instead, thereâs a chalkboard with a list of rotating beers. The plants along one wall add a nice touch. The sun drenching in on a cold day makes it seem acceptable to start day drinking at the 4 p.m. opening.

The drink menu is varied, yet simple. Hanson said, âWe make them easy and drinkable. People who donât drink alcohol also say we have a good selection.â

A nice alternative on a cold day is a hot drink â with a kick or sans alcohol. Either way, a big marshmallow or whipped cream makes its way into the drink, melting into your steaming cup. (Sweets arenât just for kids.)

The low ABV (alcohol by volume) menu offers a Cynar Spritz, made with Cynar, prosecco and Topo Chico for $11. Happy hour is from 4-6 p.m. Wednesdays through Fridays offers a half dozen drinks, starting at $4 for prosecco and $6 for house punch. 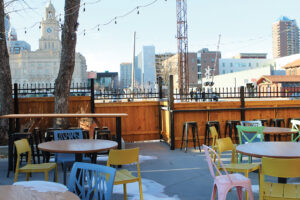 Currently, food is not served. Theyâve got rotating beer menus with Iowa pours and a full bar with wine. Occasionally, specialty drinks or events are offered. On this Belly Up visit, the bar offered pours of its own limited barrel of Buffalo Trace bourbon.

Although it was a chilly 40 degrees, the patio looked inviting with twice the seating outside versus inside. When it warms up, the double-sided bar means you can get drinks from either indoors or outside. Colorful booths and patio chairs overlook the bustle of downtown. Time your visit right, and you can see the sunset between the buildings.

Come back during the downtown Des Moines farmers market this summer when the place plans to open early Saturdays. Or drop in after you take in a Cubs game at nearby Principal Park. Or make a pitstop on your bike, as itâs just a block from the cityâs bike trail. And itâs no secret â itâs OK to tell others you admire the place. ♦