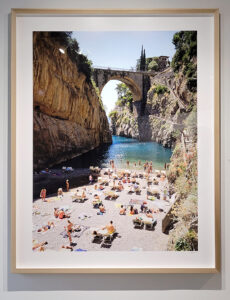 Itâs a very new year for the arts world. The Metropolitan Opera is back after a long shutdown in observance of New Yorkâs COVID dogma and then a system shutdown that prevented the company from selling tickets. They are open for business with a magnificent schedule featuring mostly beloved classics. Just across Lincoln Square Plaza, the New York Philharmonic, which just became predominantly female, celebrates the Western new year with seven performances starring piano mega star Yuja Wang. The lunar new year gala welcomes the Year of the Rabbit with erhu virtuosa Yuwen Lu and a cast of Asian stars, plus the West Side Story Suite.

Change never makes sense to everyone. In Des Moines, the new year is welcomed by the Des Moines Symphonyâs performances of âHarry Potter and the Goblet of Fire.â At Moberg Gallery, the annual winter group show is themed âNever Better Blue,â which celebrates winter in the color blue. Itâs not just for lonely people listening to Elvisâ âBlue Christmasâ lament anymore.

Blue features in various shapes, forms and strokes. Frankfurter Daniela Schweinsbergâs âSanctuaryâ is a virtual world map of green (blue plus yellow) hope. The abstraction is optimistic as a blue sky in January. Kansas Cityâs Derek Breidenthal is a painter of weather as much as of landscapes. His focus is always the sky, usually ominous, always awesome from his point of view. In âFour Roads,â he offers a tiny, beckoning globe of sunlight on a horizon otherwise dominated by most fearsome shades of blue.

Prodigal Iowa daughter Kathranne Knight also covers the weather and the sky but not as realistically as Breidenthal. Knightâs three works in the show use horizontal lines to focus and adjust attention. Marissa Voytenko, a native Californian now in Chicago, uses encaustics, beeswax and wood to beckon the viewer to follow the directions in her turning lines.

Brooklyn-based Andrew Abbottâs work is always obsessive and demanding of attention to details. âStately Room in Red, Inspired by Matisseâ is a flattened dioramic room with many paintings. Troy House is an enigma. He graduated from Iowa State in architecture and moved to Los Angeles to become a lifestyle photographer. He lives in Brooklyn now, and his photo in this show, âFurore,â is dazzling. Itâs an Italian cove/grotto turned into a beach and viewed by drone. A stone arch, a path, a villa, a stair stepping up and down, a patch of sand, a narrow shoreline â are all elements of architecture in service of welcoming.

Seattleâs Electric Coffin (Duffy de Armas and Stefan Hofmann) lightens up the show with âTasty Cakesâ (Hostess brand fruit pies) and a Krylon spray paint can series of small bead works on canvas. This show plays true blue through the middle of January. ♦