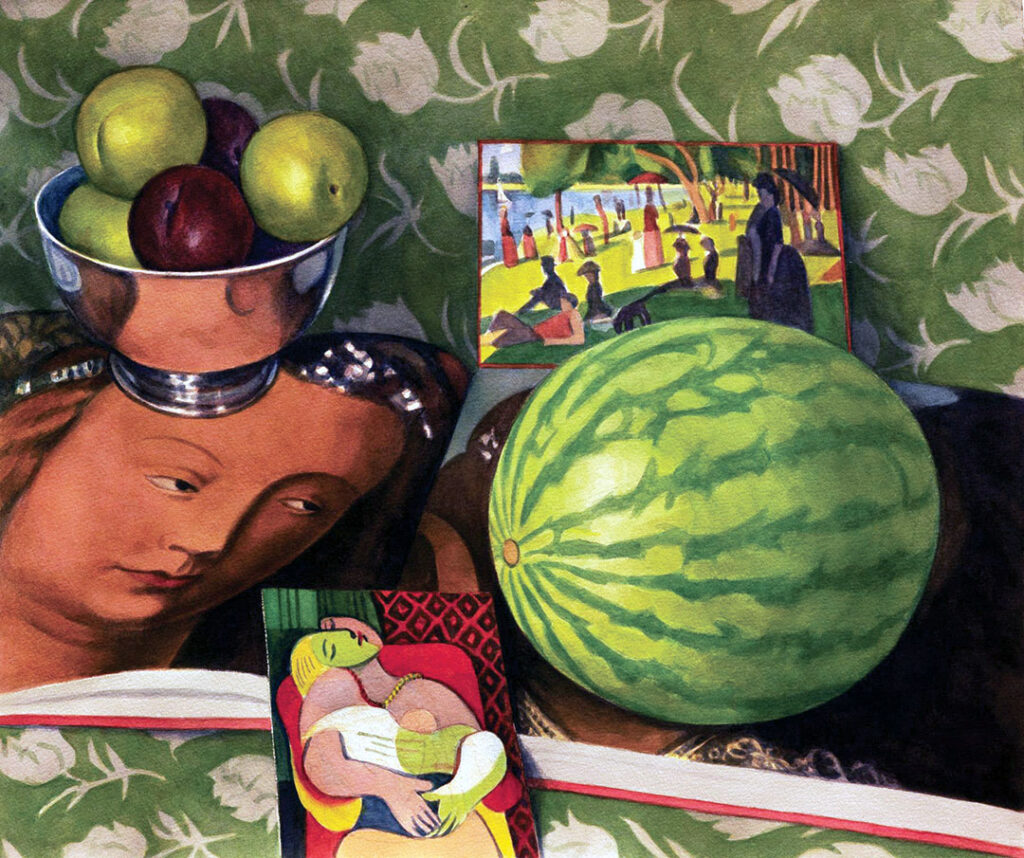 Olson Larsenâs main gallery is closed while a new roof is built on the building. But the shows must go on, and the gallery has been innovative. By press time, they will be hosting a pop-up show at the venerable Jordan House, one of the oldest buildings in Polk County and the oldest in West Des Moines.

Jordan House is a Victorian home in Italianate Gothic style. It is listed on the National Register of Historic Places and is a member of the National Underground Railroad Network to Freedom Program. It was built by one of West Des Moinesâ first settlers, James C. Jordan. The art show will complement a show of objects from the West Des Moines Historical Society, and the gallery will donate 10% of sales to the society.

Each artist in the show works in subject matter or techniques that were prevalent during the time period in which The Jordan House was built. Michael Banning paints old doors and windows in living quarters in Minneapolis. The windows allow experimentation with the qualities of light. Tim Schiffer is a playful artist who likes to paint still life watercolors of fruit with famous old master paintings. Gary Bowling is a big landscape painter who uses diverse brushstrokes to add textures that enhance the beauty of sunlight and shadow in nature. Joshua Cunningham is another Minnesota artist who works in Plein Air style. Mat Kelly is a Central College professor who works in etching, drawing and book arts.

Randy Richmond is a photographic artist who works in 19th-century techniques. Amy Worthen is a printmaker and engraver whose subject matter flashes back to the early days of Iowa and earlier days in Italy. She is also a master of irony. The exhibition will run through Sept. 30. The JH will host open hours Wednesdays between Aug. 31 and Sept. 28. Arrange an appointment to visit the house outside of those hours by calling or emailing Olson-Larsen Galleries.

Ironically, protocols were so strange at the DMAC during COVID that visitors could not visit the Print Gallery, which is set immediately where one enters, without first traversing the entire museum. This now lets visitors move in more than one direction, and the show plays through Dec. 11.

The most affordable concerts

The rest of the season is filled with crowd pleasers like âThe Planets,â âFirebirdâ and the âMusic of Queen.â Think about season tickets this year. DMS is starting with the greatest guitar music ever written and keeping it right where non-elitists like it. ♦