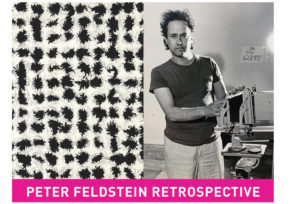 The world, even the U.S, has had time to adjust to life without packed crowds at sports events and to life without some sports at all. Yet the talk about that goes on and on, not just on sports channels but everywhere. Many sports donât need live audiences. Horse racing is thriving with TV-only coverage because betting handles are higher than ever now, at least at most major tracks with international coverage.

Very few media voices mention life without the arts. I was devastated to hear the Metropolitan Opera canceled the entire 2020-21 season. I am sure many great restaurants were, too. Is a trip to New York without dinner and the Met worth taking? Not for me this year.

The arts do not translate well to TV or streaming, maybe because no one can figure out how to bet on them. You can enjoy solemnity at a museum like the Des Moines Art Center, but music is a shared experience, absolutely as much as football, basketball and hockey.

At press time, the Des Moines Symphony was still planning on its full 2020-21 season, with as spectacular a lineup as ever. Much is written about baseball being a bonding experience for generations. Symphonic music and opera are, too. My grandmother took me to my first live symphony, and I remember her deeply and fondly every time I hear Beethovenâs Ninth.

In honor of Beethovenâs 250th birthday, the Des Moines Symphony is planning to feature the Ninth in its October season debut, and to include Beethoven classics in their other six performances this season. They are bringing violin prodigy Paul Huang in to play the masterâs Violin Concerto in D Major, often considered the original Romantic composition.

The Valentineâs Day concert will be a tribute to the legend of the Immortal Beloved. In his will, Beethoven left his estate to his unnamed âimmortal beloved.â His assistant spent years trying to determine her identity. Concerts pair the great romantic with other familiar classics, by Rocky (Rachmaninov not Stallone), Tchaikovsky, Shostakovich, Mahler, Holst, Anna Clyne (whose Masquerade takes inspiration from great English drinking songs), Sibelius and others. Itâs an entire education of the great romantic classic in one season. That is a bonding experience for multiple generations.

The Chicago Symphony has shut down through Christmas, so the Des Moines Symphony will be challenged to endure. May the lord of viruses protect them. This grand season has been planned for years and, unlike sports, there will not be a next year like it.

The Olson-Larsen Gallery is honoring the late Peter Feldstein with a retrospective including some previously unseen works. The photographer primarily focused on Iowa subjects, particularly chronicling Oxford, Iowa. He was a Professor Emeritus at the University of Iowa and influenced two generations of serious photographers. This show began on July 31, and the gallery is taking things a day at a time for now.

Also running without set dates is the Des Moines Art Centerâs newest show âLandscapes in Watercolor,â a selection of more than two dozen watercolors from the museumâs collections, created between 1885 and 1980. It focusses on the mediumâs ability to capture the changing effects of light and weather on seashores, grasslands, forest and farmland. Artists in the exhibition include Winslow Homer, Edward Hopper and John Marin, among many others. The exhibition will remain on view throughout the summer, with a closing date to be determined. ♦