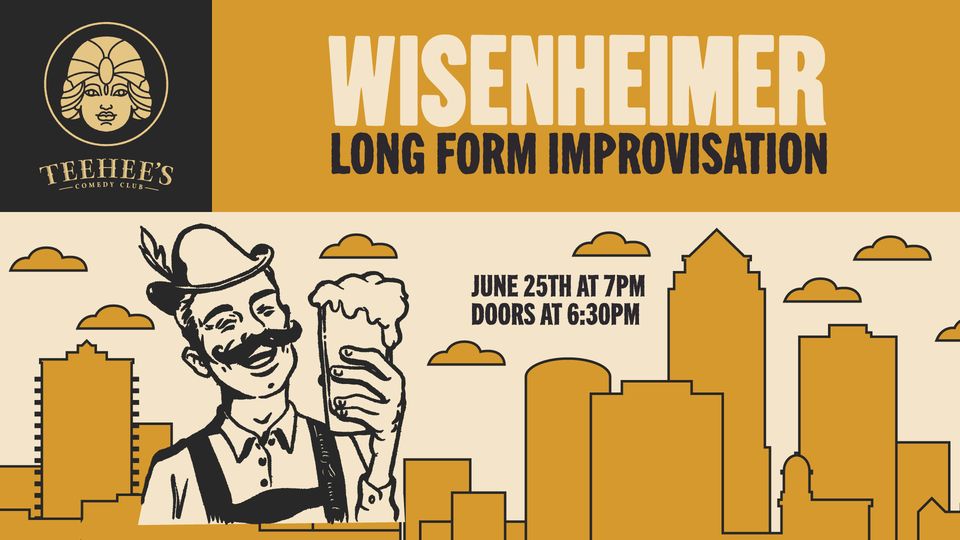 On Friday September 24th, Teeheeâs Comedy Club will be the pace to be to watch the hilarious team Wisenheimer. Wisenheimer is a long form improv comedy troupe formed in 2011 in Rock Island, IL. Leslie Mitchell, Jeff De Leon, & Jen Kuhle have a myriad of improv training from nationally renowned institutions, and travel the country and internationally performing at comedy festivals. In 2015, the troupe launched Wisenheimer: The Podcast – available on Apple Podcasts and Stitcher. This month, they will have the very funny Jamison Cox open their show with standup.

The doors open at 6:30. The show starts at 7:00. General Admission tickets are $15. Reserve your seats or tables at Teeheescomedy.com. Come to Teeheeâs and see 3 hilarious improvisers team up and bring the house down. Check out the comedic force that is Wisenheimer!