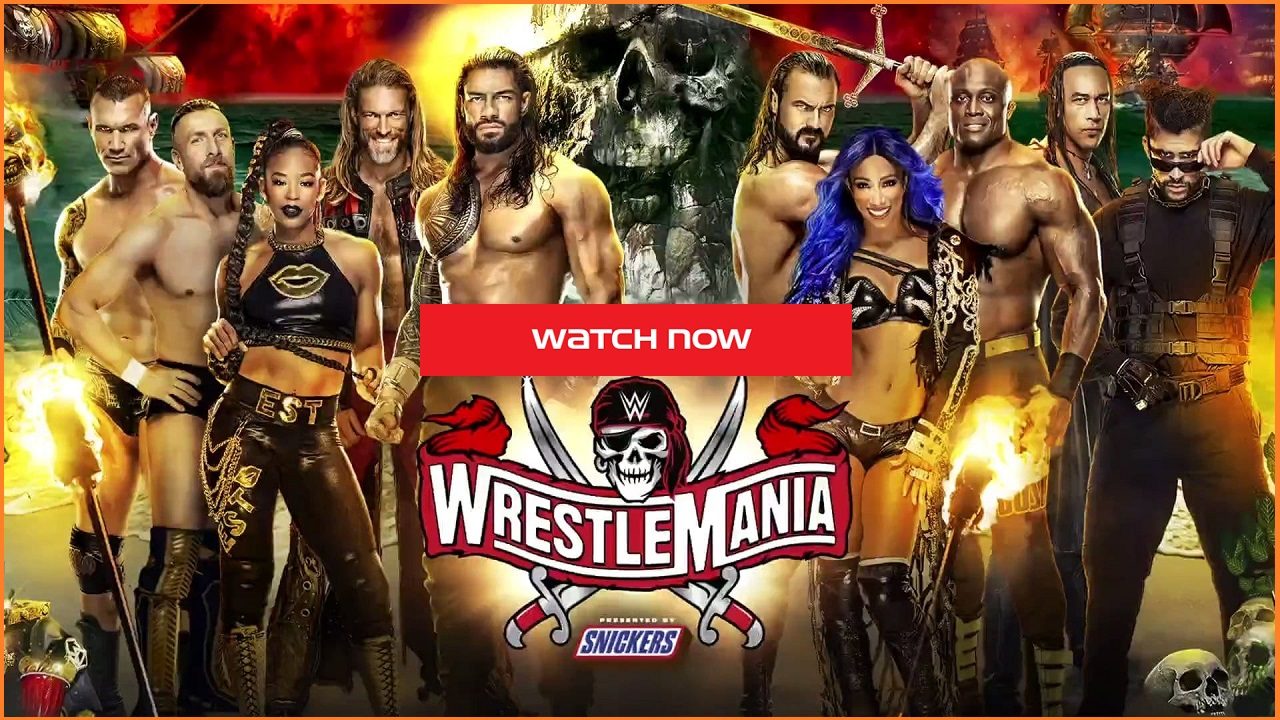 The WWE event is taking place in front of a live audience (with attendance capped at 25% capacity and CDC guidelines being followed) this weekend in Tampa, Florida. Tickets start at $35, and are available on Ticketmaster right now. You can also stream the entire event live on Peacock.

The Best Waterproof Earbuds for Swimming

Amazon Alternatives: 9 Great Places to Shop Online Aside from Amazon

Streaming Deal: We Found the Best Ways to Watch Disney+ for Free

WrestleMania 37 features 14 matches, including a Triple Threat Match between Roman Reigns, Edge, and Daniel Bryan, the SmackDown Womenâs Championship match between Sasha Banks and Bianca Belair, and a Tag Team Showdown that pits Bad Bunny and Damian Priest vs. The Miz and John Morrison.

Bad Bunny just started his wrestling career this January at a Royal Rumble match this past January. He hopped into the ring after The Miz smashed his DJ set following Bad Bunnyâs performance of the track Booker T. The tag team match at WrestleMania 37 will be the musicianâs highest profile wrestling match yet.

The WWEâs WrestleMania 37 will take place over two days: Saturday, April 10 and Sunday, April 11. The first match begins at 8 p.m. ET each night, with a kickoff show starting at 7 p.m. ET. Each night will feature seven matches.

How to Stream WrestleMania 37 Live Online

You can stream WrestleMania 37 live on Peacock, NBCâs new streaming platform. Peacock and the WWE recently inked a deal that gives NBC the exclusive streaming rights for all of its matches. This includes pay-per-view events like WrestleMania 37 for no additional charge.

The agreement between the WWE and NBC is significant because it also includes access to the WWEâs archive of previous productions. That means you can watch every previous WrestleManias in the lead up to this weekendâs event, or catch up on any WWE matches you missed earlier this season. Youâll also be able to re-watch your favorite moments from WrestleMania 37 after the event is over.

If youâre not using the service, NBC offers a 7-day free trial for new Peacock subscribers. If you sign up now, youâll be able to watch WrestleMania 37 free on all of your devices without spending a dime. Youâll also be able to stream thousands of TV show episodes and movies.

Grab the Peacock free trial for WrestleMania now and get instant access to this weekendâs big event. You can cancel at any time.

Where to Get WrestleMania 37 Merch

If you want to gear up before the main event, the WWEâs official store is the best place to get licensed merch. You can pre-order a WrestleMania 37 T-Shirt to commemorate this yearâs big matchups, or get one that shows off your favorite wrestler. The store also offers art prints, posters, Funko Pop! Vinyls, and championship titles.

The WWE is currently offering a handful of deals, including up to 40% off on certain T-shirts, and discounts on select championship title belts. The store is also being refreshed with new items, including a WrestleMania 37 folding chair. If you canât make it to the show this year, this gear (and a subscription to Peacock Premium) can help you feel like you are.