The Return of Improv Comedy Deathmatch 3000 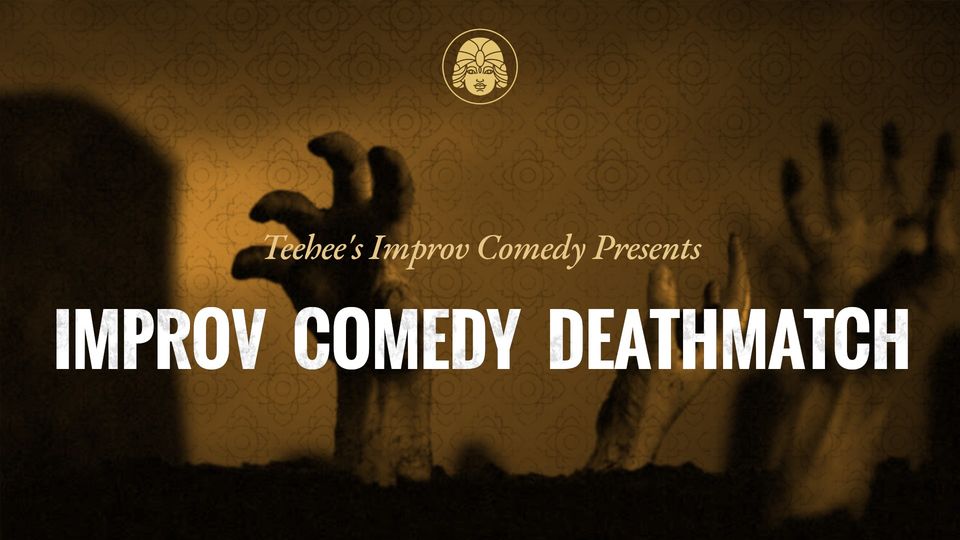 We have a one of a kind show as Teeheeâs Comedy Club called The Return of Improv Comedy Deathmatch 3000. This is where 3 teams of 3 people compete in short form and long form games. The winners are decided by the audience. All three teams have great comedians and improvisers that will be competing in this event, so everyone wins. This show had taken some time off, but it is back with a hilarious vengeance on Friday June 25.

Doors open at 9:00 and the show starts at 9:30. Individual tickets are $15.00. If you would like to reserve your seats or a table, check out teeheescomedy.com or get the tickets at the door, if there are seats available. Check out 3 teams that are armed with comedy to see who is the comedic survivor and be at Teeheeâs Comedy Club for all the good times and even greater laughs!