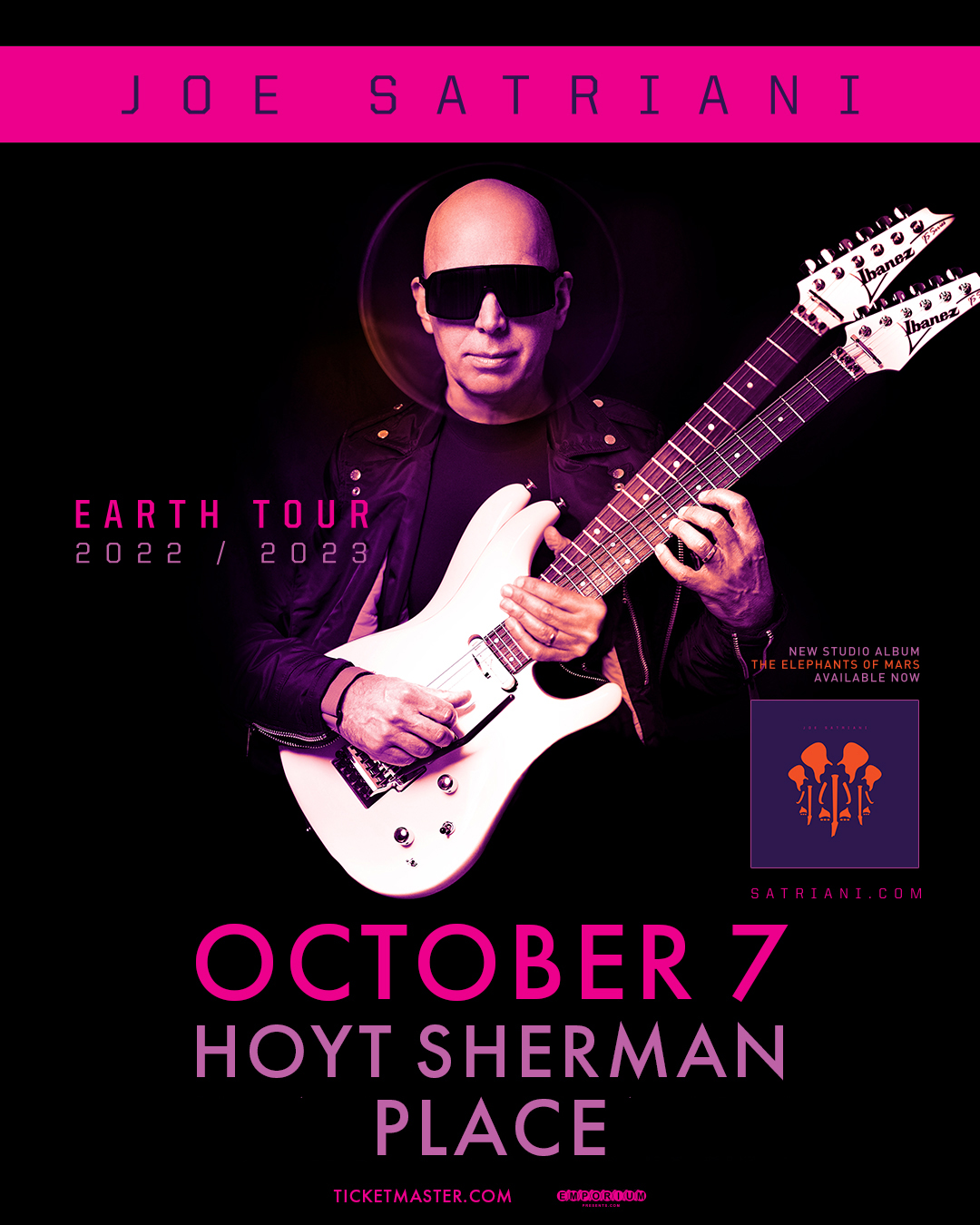 After being forced to postpone numerous tour dates over the last two years JOE SATRIANI is more than ready to get back to live shows and playing for his legions of fans across the world. On April 8, 2022, Satriani will release The Elephants of Mars marking the legendary guitaristâs 19th studio album in his 35+ year career in music.

In 2020, with all time constraints removed, The Elephants of Mars truly represents the album that Satriani himself hoped he could deliver with his band. âWe did everything. We tried the craziest ideas. And we entertained every notion we had about turning something backwards, upside down, seeing what could happen.â

For over three decades, the guitar virtuoso has traveled the world, playing to sold-out crowds as both a headliner and as founder of the all-star âG3â guitar extravaganza. Satrianiâs studio and live recordings have sold more than 10 million copies worldwide to date and of his many solo albums, two have gone platinum and four others went gold, with 15 Grammy nominations between them. His side project, Chickenfoot, featuring former Van Halen frontman Sammy Hagar, former bassist Michael Anthony and Red Hot Chili Peppersâ drummer Chad Smith saw their debut album certified gold and their second studio album debuted at #9.

VIP Upgrade: Hey fans, get your tickets to an exclusive pre-show VIP Q&A session with Joe Satriani. Limited seating. Take advantage of this rare opportunity to participate in a free-flowing discussion with Joe. Price includes an autographed tour poster and Joe autographing one of your personal items. Session takes place one hour before doors open at the venue. You must purchase a concert ticket in order to purchase this VIP ticket and have both with you to attend this event. COVID safety guidelines will be enforced. All attendees to and during this event must wear a face mask.