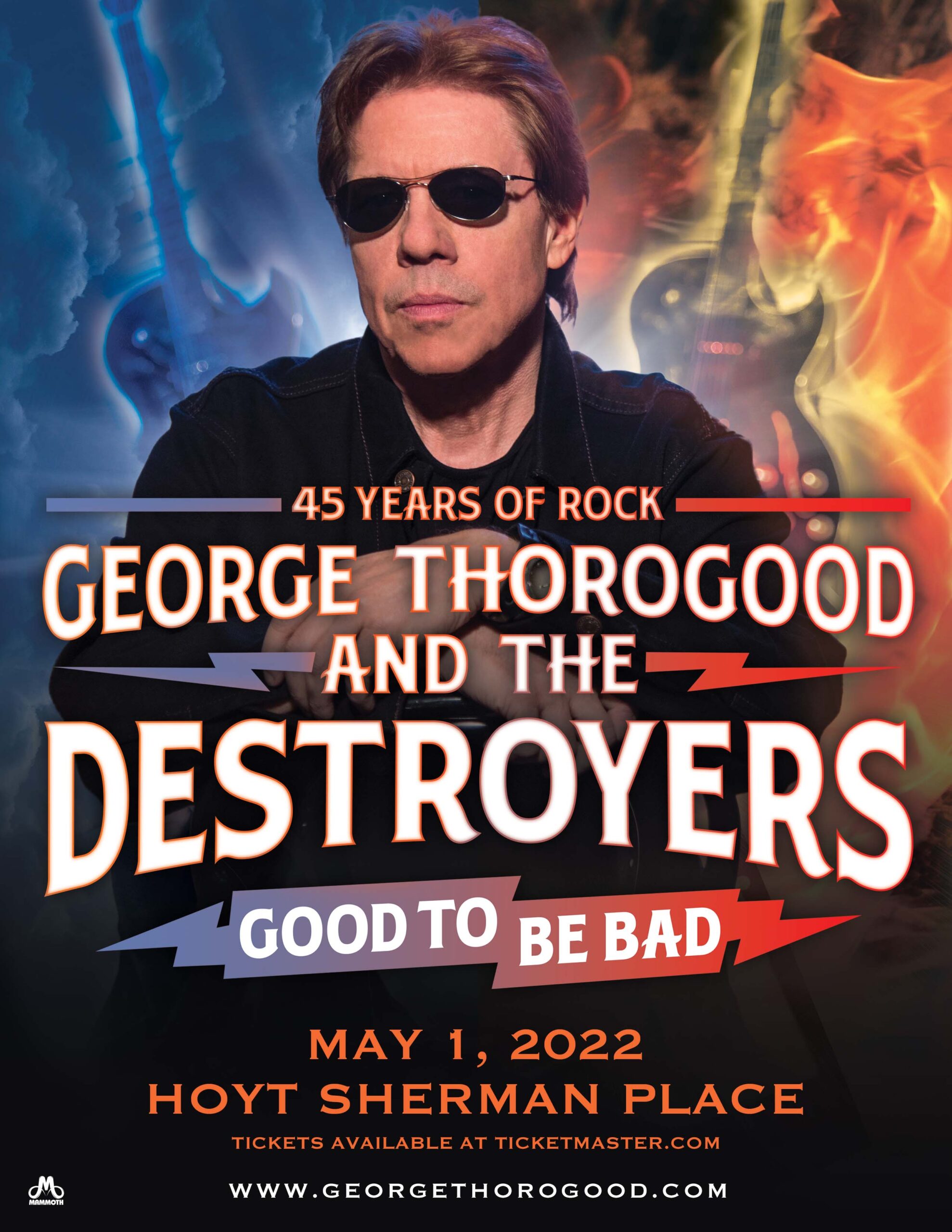 Since 1976, George Thorogood & The Destroyers have sold over 15 million albums, played more than 8,000 ferocious live shows, and built a catalog of classic hits that includes âGet A Haircut,â âI Drink Alone,â âOne Bourbon, One Scotch, One Beer,â âMove It On Over,â and the definitive badass anthem âBad To The Bone.â Now âone of the most iconic bands in rock & roll historyâ (Rapid City Journal) celebrates it all with their Good To Be Bad Tour: 45 Years Of Rock.

Itâs on tour that George & the band flip the switch nightly, delivering what The Toledo Blade calls a âgut-bustinâ, guitar-wailinâ, face-meltinâ, take-no-prisoners, good old-fashioned lunch bucket rock-and-roll showâ. The Sacramento Bee says, âThe Destroyers remain as they have been for years â Jeff Simon on percussion, Bill Blough on bass, Jim Suhler on guitar, and Buddy Leach on saxophone. They are without doubt one of the best touring bands in blues-rock history.â Or as Rolling Stone once raved, âGeorge Thorogood & The Destroyers play rock & roll hot enough to melt the polar icecaps and flood the worldâs major population centers.â

But after 45 years of rock â and no signs of stopping â is it still good to be bad? George Thorogood instantly flashes that huge grin. âYou bet it is,â he says. âWeâll always be the baddest band in the land. Expect our best on this tour, because thatâs what youâre gonna get.â