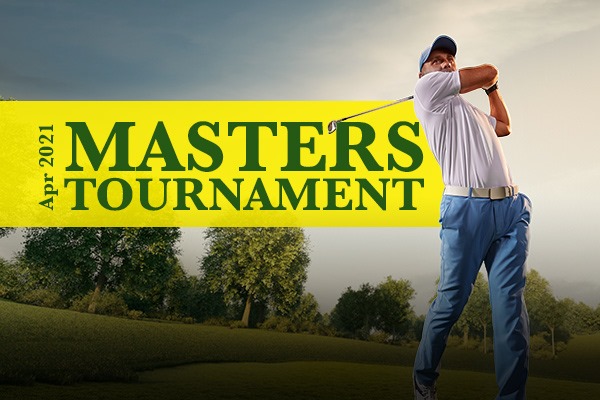 Just a few months after Dustin Johnson won the 2020 Masters Tournament by setting a new 72-hole tournament record previously set by Tiger Woods and Jordan Spieth at 20-under par in November, the Masters returns in April 2021.

The first round will start at around 8 a.m. Thursday, April 8.

How to watch The Masters 2021 on TV, live stream

ESPN will broadcast the first two rounds of the tournament on the opening Thursday and Friday. You can stream the coverage online through Watch ESPN.

CBS will take over broadcasts for weekend coverage, including the final round on Sunday. You can stream live CBS broadcasts through the Paramount+ streaming service.

Augusta: Check out The Masters leaderboard

According to Vegas Insider, 2020 Masters Tournament winner Dustin Johnson is the favorite in the field for 2021 at +850.

Odds Shark also lists Johnson as the favorite to repeat at +800. DeChambeau, Thomas and Spieth are all in a dead heat with the second-best odds of +1000.