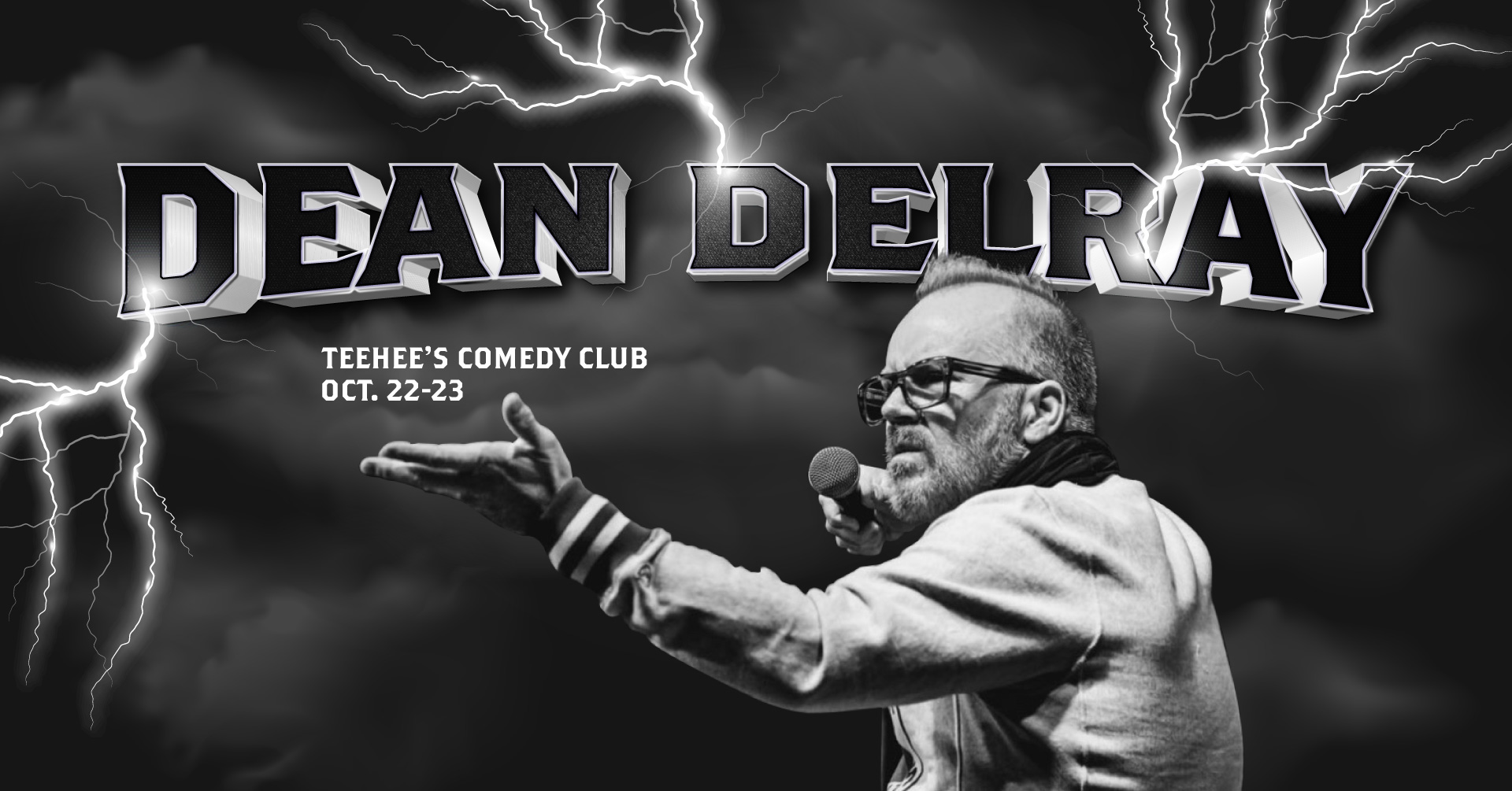 Take one of the rock star comics of old, drop ’em in today’s cluttered world of over-sharing and passive aggressive glad handing, then watch the sparks fly. DEAN DELRAY draws upon a life heavy metal and Harleys that began in the Bay Area thrash scene that birthed bands like Metallica and Exodus. Dean endured the ups-and-downs of music industry buffoonery before eventually landing onstage in America’s toughest and most rewarding comedy clubs.

Dean’s no-holds-barred and hard-livin’ perspective has been featured on “WTF with Marc Maron,” “Mohr Stories,” “You Made it Weird” and his own weekly podcast, “Let There Be Talk,” on the All Things Comedy network. Dean’s comedy is rich with detail and a worldview that can only be gained through genuine life experience. His premises, punchlines and persona are 100% authentic, running the gamut from soft spoken subtlety, to wide-grinned court jester style antics to loud volume animation. Dean’s standup act is warm, inviting and subversively full of conviction, just like the man himself offstage.

Doors open at 6:30. Show starts on 7:00. General Admission tickets are $20. Reserve your seats or tables at https://www.teeheescomedy.com/dean-delray. If you canât make this one, he will be performing later that night at 9:30PM. Check out Dean Delray at Teeheeâs Comedy Club this Friday night!