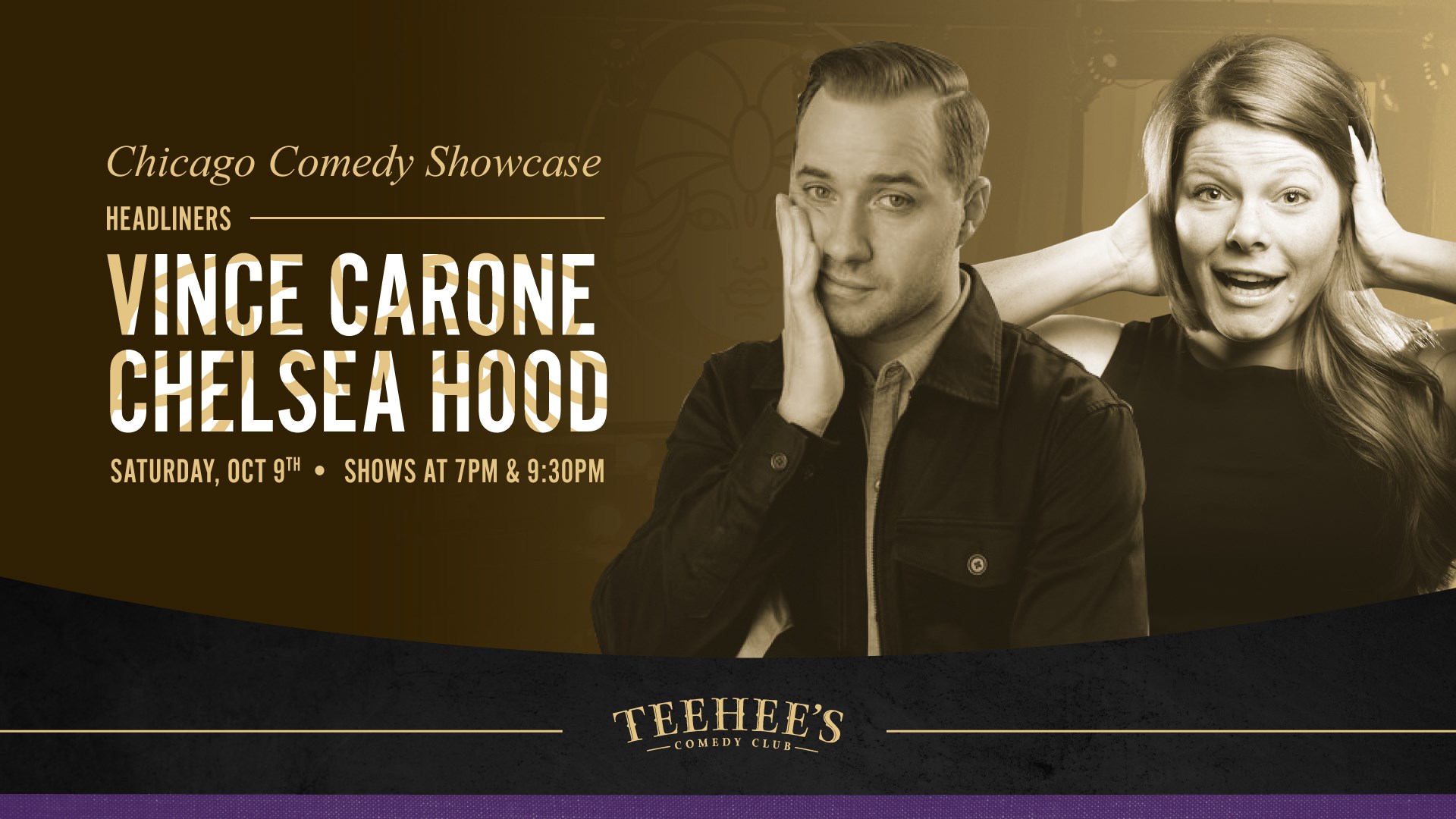 Vince Carone: Vince has a quick-witted, fast-paced style that envelops you with an avalanche of punchlines that never stop. Vince has been seen on TBS and heard on Chicagoâs Mancow in the Morning radio show, WGN Radio, and the syndicated Bob & Tom show. He has been seen on the internet hit, “So You Have a Girlfriend”. He has released 5 hour-long comedy albums and he runs a podcast called “Peek Behind the Curtain”. This guy hits on all cylinders.

Chelsea Hood: Chelsea was most frequently a featured performer at Limestone Comedy Festival, one of eight chosen as the Best of the Midwest at Gildaâs LaughFest and a Comic to Watch at RIOT LA. Some of the clubs and venues she’s had the privilege of performing at include The Comedy Store, Caroline’s on Broadway, The House of Blues, The Improv, Zanieâs, Thalia Hall Chicago, and Upright Citizen’s Brigade NY.

The doors open at 7:30. The show starts at 8:00. General Admission tickets are $15. Come on out and see some incredible comedy from Chicago at Teeheeâs Comedy Club!