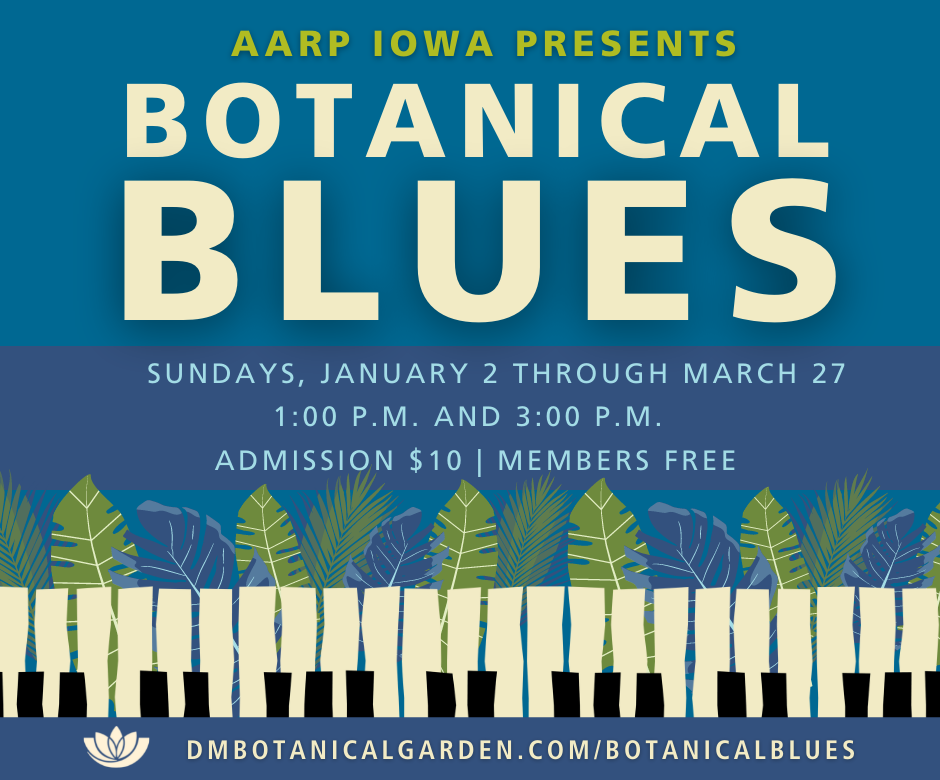 Take a break from the cold winter weather and join us for Botanical Blues presented by AARP Iowa! Botanical Blues is the Greater Des Moines Botanical Garden’s annual concert series that runs Sundays January through March in the conservatory. The series features some of the best blues in the Midwest, as well as food and drinks from Trellis CafÃ©. Itâs a perfect way to spend a Sunday afternoon fit for the whole family. All concerts are scheduled from 1:00 to 2:00 p.m. and 3:00 to 4:00 p.m. and will be held live and in person in the conservatory. Tickets are sold at the door and are first come, first served.