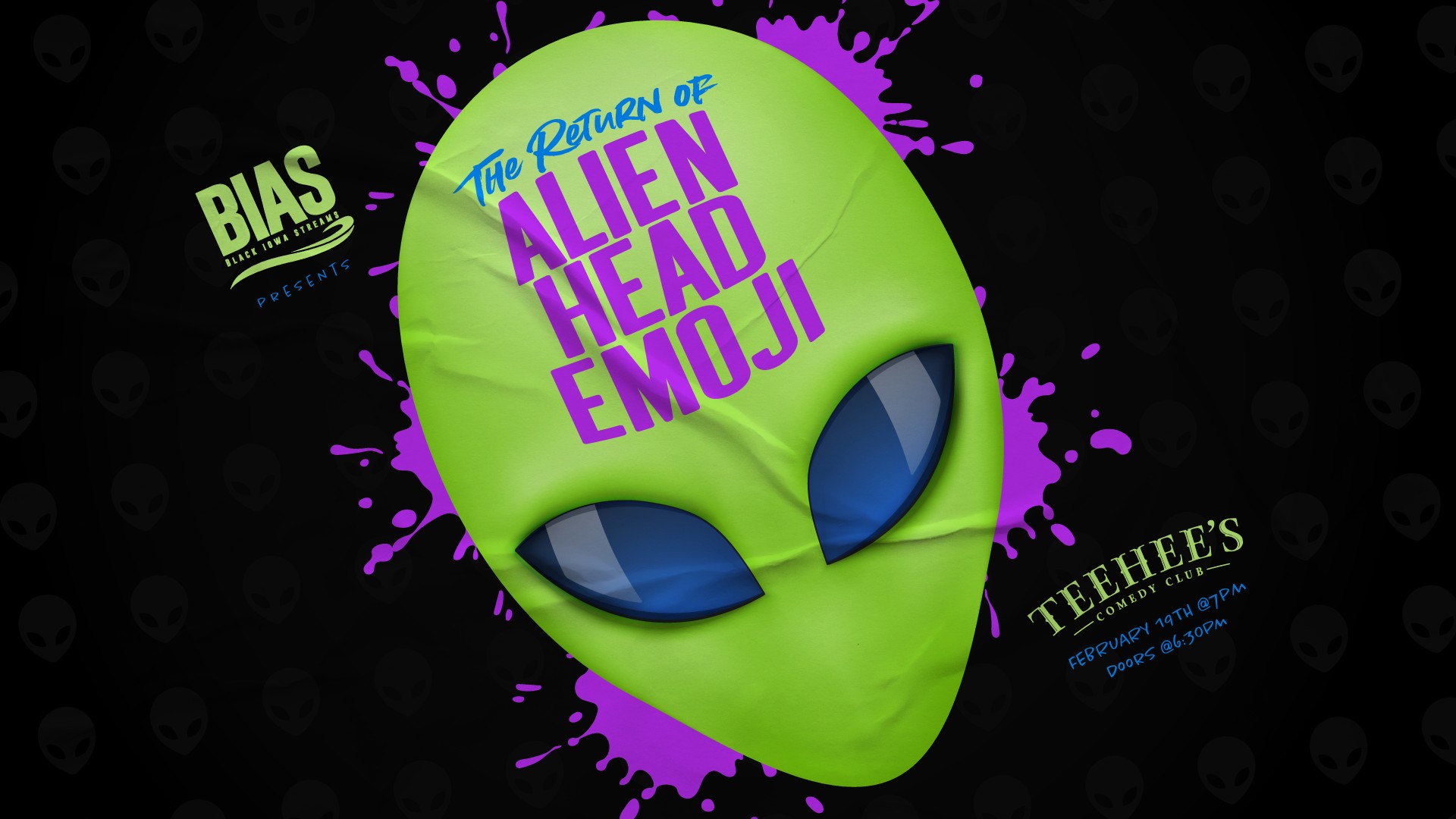 The standups for the night will be Bernard Bell and Mohamed Yual. Bernard is a member of Black Iowa Streams and has been featured all over the Midwest. Mohamed is a great standup and also the producer of the Instagram game show The Gram. Alien Head Emoji consists of Clifton Antione, Sean Dengler, Charity Coons, and Matt Still. All of these names are some of the biggest names in standup and improv comedy in Des Moines.

Doors open at 6:30. Show starts at 7:00. Tickets start at $20.00. It all goes down at Teeheeâs Comedy Club. Come see this one of a kind show featuring Black Iowa Streams and Alien Head Emoji. The invasion happens this Saturday night!