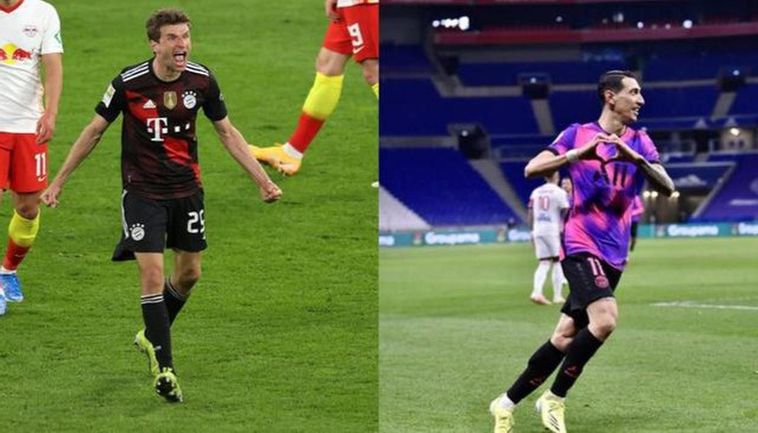 How to watch Bayern vs PSG live in India? The two teams will collide in the Champions League quarterfinal this year in the repeat of last year’s epic final.

Champions League action on Wednesday will see holders Bayern Munich take on Paris Saint-Germain in what will be a repeat of last year’s final. The two teams will face off in the first leg of the UCL quarter-finals at the Allianz Arena on Thursday, April 8, 12:30 AM IST. Here’s a look at how to watch Bayern vs PSG live in India, Bayern vs PSG live stream details, team news and our prediction for the same.

Bayern vs PSG prediction and preview

Almost eight months after Kinglsey Coman scored the only goal to hand Bayern Munich the title, the defending champions will take on Paris Saint-Germain in the re-match of the 2020 final. The Bavarian giants have continued their form ever since and while a sextuple is not possible this season, the Bundesliga giants can surely aim to become the second team to defend their Champions League crown. Hansi Flick’s side have won seven on the bounce following their shock defeat against Eintracht Frankfurt, beating the likes of Lazio, Dortmund and RB Leipzig in the process.

On the other hand, PSG have not been the relentless force in the Ligue 1 this season and Mauricio Pochettino will have his work cut out if the Parisians have to avenge last year’s defeat. The Ligue 1 giants did well to see the back of Barcelona in the round of 16 and a clash against Bayern will be a “mettle test” for the side. PSG come into the game on the back of a 1-0 defeat at the hands of Lille, their second in the last five games. The hosts are favourites for the clash on Wednesday, but PSG are one of the few teams who match up to the defending champions.

Bayern have a host of injury concerns going into the game and will miss the superstar duo of Robert Lewandowski and Serge Gnabry. While Lewandowski is out injured, Gnabry has tested positive for COVID-19 and both remain doubts for the second leg as well next week. Alphonso Davies is likely to return to the side, along with the ex-PSG duo of Kingsley Coman and Eric Choupo-Moting. PSG meanwhile have Danilo Pereira and Leandro Paredes ruled out, meaning Ander Herrera could be recalled to the XI.Â Marco VerrattiÂ andÂ Alessandro Florenzi tested COVID-19 positive and will miss the game, along with Layvin Kurzawa who is also out injured.

The match will be shown live on BT Sport 3. Subscribers can also stream the match via the BT Sport app and desktop website.

For Bayern, Lewandowskiâs injury could not have come at a worse time, while Serge Gnabry will also miss both legs against PSG after testing positive for Covid-19. Eric Choupo Moting, who moved from PSG to Bayern last summer, took Lewandowskiâs place in the line-up against Red Bull Leipzig on Saturday and could face his former side. Bayern also remain without Corentin Tolisso, Douglas Costa and Marco Roca, but Alphonso Davies could return to the team after missing the Leipzig win due to suspension.

PSG also have been hit by positive coronavirus cases following the international break, with influential midfielder Marco Verratti and right back Alessandro Florenzi returning positive tests after returning from Italy duty. Mauro Icardi and Layvin Kurzawa are injury doubts, while Leandro Paredes is suspended after picking up his second yellow card of the competition in the second leg against Barcelona