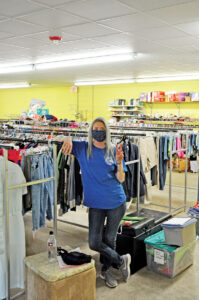 After enduring a childhood of abuse and working through her history with drugs and alcohol, Jennifer Glissman is a dedicated mom who enjoys employment and looks forward to her future.

âIâm a dedicated and fun-loving mom,â beams Jennifer Glissman, 32. But then she pauses and steadies herself as her smile fades. Life hasnât always allowed her to like who she is.

âI was abused as a child,â she explains. âI was fed alcohol and drugs starting as an 8-year-old.â

At the age of 13, according to Glissman, she managed to cut loose from her abuser, but she clung tightly to drinking and getting high.

âIt was my choice by then,â she says flatly.

High school brought about a multitude of regrettable decisions, and those brought about a series of undesirable outcomes, which, predictably, led to more bad choices. This evil cycle continued into Glissmanâs 20s until she eventually found herself drinking a gallon of vodka a day while weighing a scant 90 pounds and feeling ill most of the time. Her kidneys and liver were near failure, and the doctors gave her two years to live.

Meanwhile, Glissmanâs marriage was disintegrating, and when she was arrested right in front of her toddler, she wondered if life was worth living.

âA decision needed to be made about if there was going to be a funeral,â she remembers thinking.

In-patient rehab treatment began at Lutheran Hospital and then continued in Prairie City. Next, she returned to Des Moines to stay at The House of Mercy.

Glissman was glad to be sober and grateful to get reunited with her son, but with her felonies, arrests and a drug history, her job prospects appeared bleak. Discouraged, bitterness attacked Glissmanâs heart.

âMy mental health was not great,â she remembers. âI didnât know who I was. I was very low on myself.â

St. Vincent de Paulâs (SVdP) mission is to help others help themselves, and through a new program called Back2Work, the nonprofit assists people like Glissman attain stable employment and work toward self-sufficiency. She applied to the two-week program in the fall of 2019, and after becoming one of its first graduates, she accepted an internship with the organization, and her internship resulted in SVdP offering her full-time employment.

After a childhood of abuse and a life filled with multiple rapes and beatings bad enough to necessitate reconstructive face surgery, Glissman has endured too many unspeakable acts to count. Still, when she hit rock bottom and found herself asking the question no one should ever have to ask…

âWas it time for her own funeral?â

âNot yet,â she managed to say, and now her life has a purpose.

âMy main passion in life is to help someone else to not have to go through what I did,â she says. âI want to help people.â

Instead of hula hoops and dollhouses, instead of crushing on third-grade boys while wishing for a pony, Jennifer Glissman was led down roads no 8-year-old should be forced to travel. But now sheâs found a better path. If anyone is sitting where she once sat and is thinking horrific thoughts while wishing their agony would just find an end, then please hear this message.

âYou need help,â she says. âItâs not OK to try and deal with it yourself.â

Sorting through the vintage antiques, Slinkies, drum sets, band T-shirts, James Dean clocks and all the other incoming goods dropped off at St. Vincent de Paul is Glissmanâs primary work responsibility. She enjoys previewing the items that end up on the store shelves and has been known to take advantage of some thrifting opportunities herself.

âWhen I first started this job, I had to leave my credit card at home,â laughs the fun-loving mom. Clean and sober since 2018, Glissman is glad to be back to work and eager for what life will bring her next.

âIs it time for a funeral?â she remembers thinking.